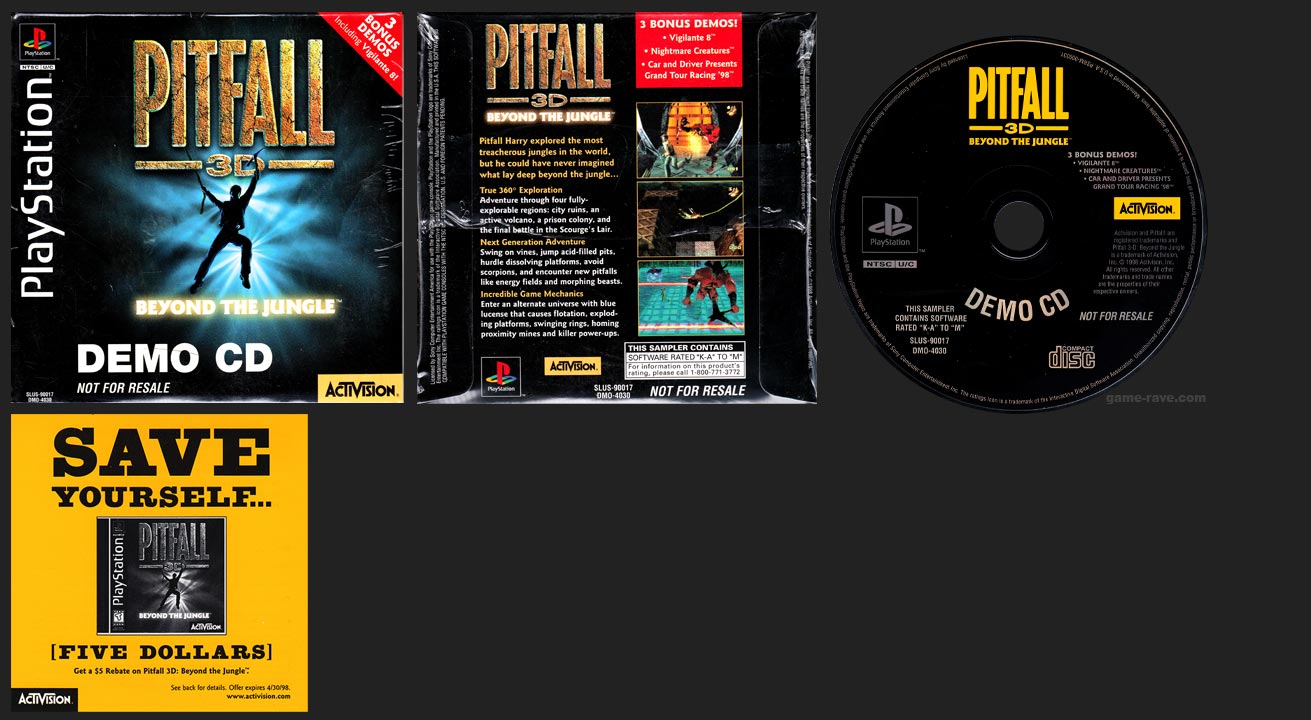 Pitfall 3D: Beyond the Jungle’s Demo CD came with a $5 rebate that could be redeemed before April 30, 1998. The coupon was tied to Electronics Boutique, and allowed consumers a month’s worth of time to take up the offer.

This is a demo for Pitfall 3D: Beyond the Jungle. It also contains playable demo of  Nightmare Creatures. Vigilante 8 and Car and Driver Presents Grand Tour Racing ’98 are presented as videos.

The Nightmare Creatures demo allows players to mess around in the opening stage of the game. Here in the Pitfall demo, Harry can be taken through an early stage of the game to activate the Lucense Reactor and escaping the area.