One of the nicest – and craziest parts – of collecting for the PlayStation system are the pockets of mini-subsets you can find. The Fighters Edge series of games is one of my favorite because of how much they stood out on a retail shelf. Unlike the Green Greatest Hits bars, the shredded paper look, with the anime artwork contrasting the bright white background made the case art leap off the shelf.

All 14 games are presented here for visual reference, along with links to their game pages for further variant research and comparison for those who collect. You can read more about the Fighters Edge program down below past the case scans. 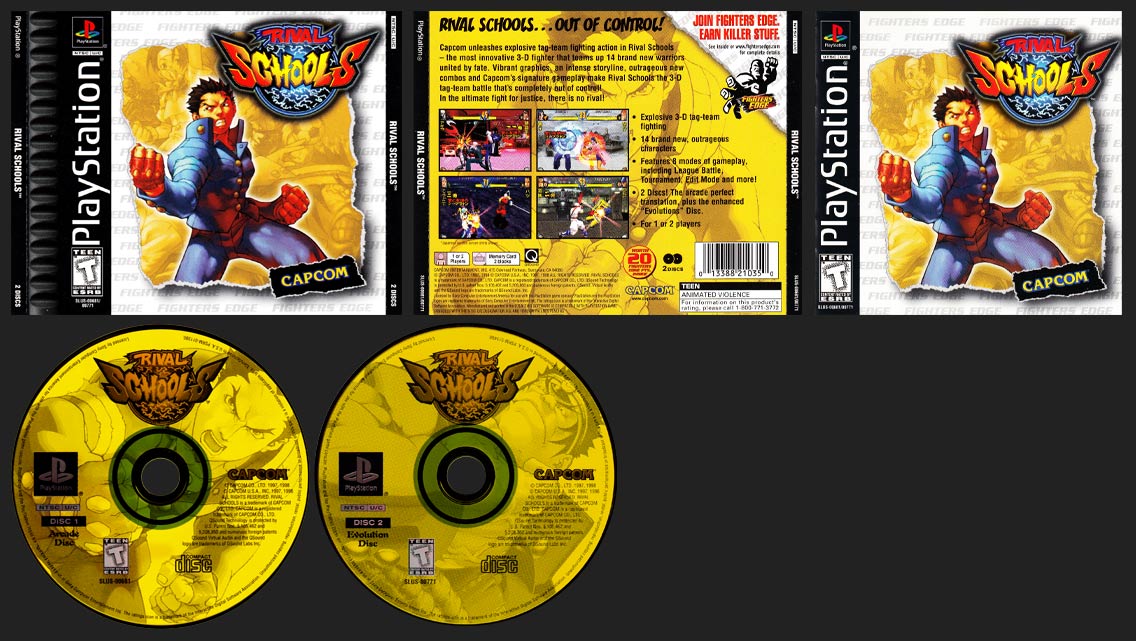 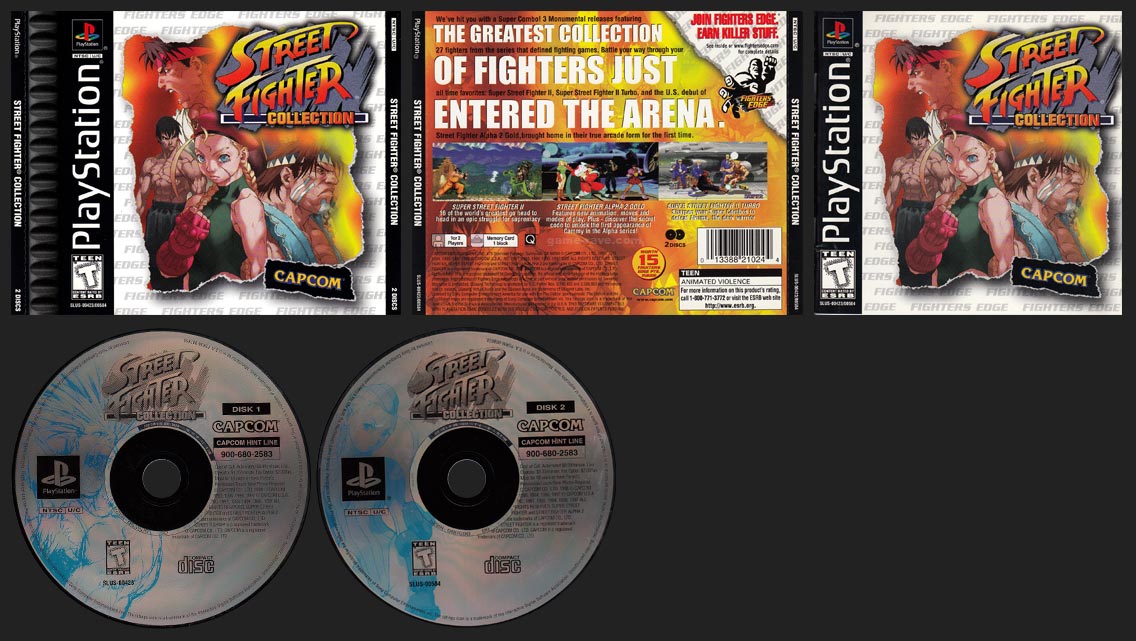 During the 1998 to 1999 era of gaming, there were some crazy things going on. The Dreamcast was on the horizon, the Saturn was dead, and Sony just couldn’t keep a good system down. Capcom was looking to take a new route with gamers, and decided they would try a sort-of Buyer’s Reward Program for loyal consumers. They also needed the right cheerleader for the job.

Here’s how it worked. You could register in a variety of ways. From a form in the specially marked games, from counter card at participating stores, and of course at Capcom’s web-site. More importantly was the sign-up form included in issues of GamePro magazine, the sponsor of the whole program. Registering for the service got you a ‘Kick Off’ Kit. The kit included temporary tattoos, a phone hint card, the rules pamphlet, and trading cards.

With GamePro at the marketing helm, millions of readers would be seeing Capcom’s new program every month. Advertisements for Marvel Super Heroes vs. Street Fighter used 2-page spreads with the form as part of the design to entice gamers. According to All Business, the program at one point reached over 75,000 members. Babbages, which is now GameStop, even helped the program along.

So what did one have to do to get points? Well, besides the occasional special offer, all you had to do was buy Capcom fighting games. The game would let you know how many points the game was worth on the back, and then you would clip the corner of the manuals’ back page and mail it in to redeem your points. The majority of games were usually worth 20 points each, while some were 10 and 15.

Having been there for all of this, I have to say I was totally disappointed in the prizes. Not because of what they were, but how they were tagged. Instead of using awesome Capcom artwork, the only thing plastered on any of the prizes was the Fighters Edge logo. This is a shame, since there really were some great things in there like shirts, bikes, water bottles, etc. For those of you who really want to feel old, there was even a boom box in the lot. Yeah, a boom box…(Pulls grey hair out of head).

The days of coupon clipping seem behind us, as serial numbers have replaced point tickets in registering products and pretty much every store has some sort of discount or rewards program going. While most game libraries have their Greatest Hit libraries and Collected Best series, the Fighters Edge was a unique packaging variation that hasn’t seen a companion yet.

Based on the original catalog, these were the following items you could redeem and their required point cost: