It was also rereleased into Capcom’s Fighter’s Edge Subset with the original Japanese artwork.

Street Fighter Alpha was one of the most anticipated games of its era – magazines (remember those?) spent months of previews, arcade-to-console comparisons, move charts, and more waiting for it. When it hit, it renewed the rivalries between the Mortal Kombat and Street Fighter franchises all over again.

Probably the most important aspect of the game when it first came out was, surprisingly, it’s looks. Breaking away from the somewhat realistic looking sprites used in Street Fighter 2 and all its expansions, Alpha re-introduced the world warriors in full Japanese animation (“Anime”) styles. Suddenly Sagat was a towering, muscle-ripped giant with an uppercut arc that could take down an airplane. M. Bison now had a much more sinister look with a flowing cape to boot. Thanks to the earlier point in time, Ken, Ryu, and Chun-Li all look young and fresher than ever.

Fighting speeds were actually slowed down a little from the Super Turbo era, which caught a few people off guard. All the usual moves, along with two Super Arts per character were there – along with a new Alpha counter move. However, the game was really well balanced and provided killer versus matches. For those that wanted to work together, you could play Ryu and Ken vs. M. Bison in a hidden Dramatic Battle Mode.

Aside from the minor differences between the two versions discussed in the Saturn page’s trivia, both games are superior home conversions of a once great arcade game. It’s been replaced by the experimental Alpha 2 and the absolute end all, be-all Alpha 3.

Still a good run through for old time’s sake.

A classic fighter that re-ignited its source material in amazing ways. While Alpha 3 is now the go to of the three, the original Alpha still has the nostalgia factor going for it, especially with the slower speeds. 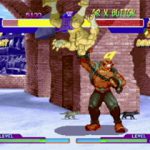 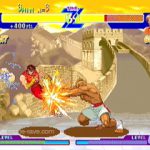 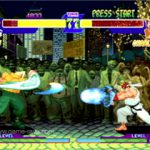 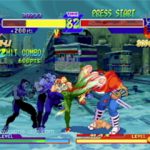 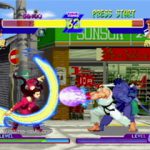 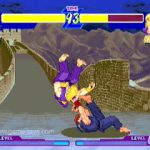 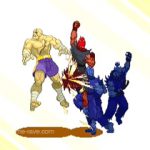 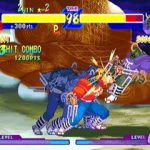 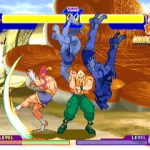 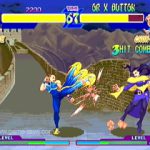 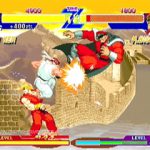 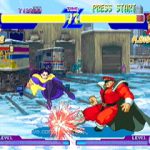