Board Game: Top Shop was also included in the Tommo 3 For 1 Value Pack Volume #5 alongside Racing and Card Games. Both versions are the same. 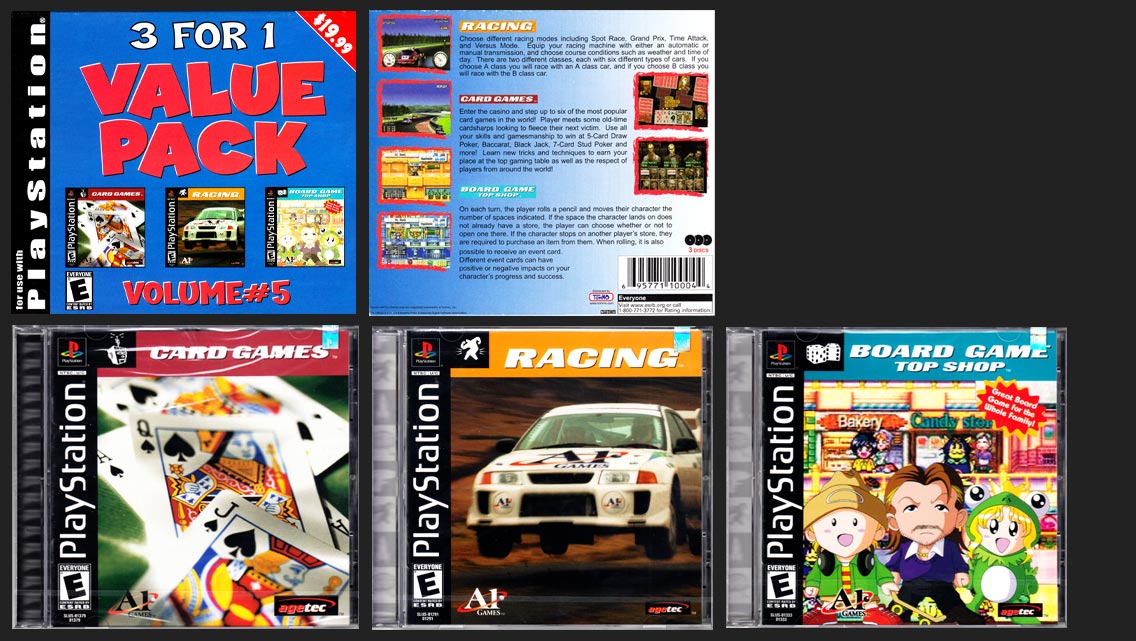 Board games are usually hit or miss on a game console. The CPU is usually fairly evil and cheating, or there’s a mechanic that just doesn’t translate right when applied to the medium. KID decided to take an interesting approach with one of the world’s most beloved (and hated) board games and walks away with a fun, if slightly troubled, winner.

Top Shop, the USA Version of the Japanese Simple Series game Tenant Wars Alpha, drops you into the roll of a business entrepreneur. You and up to 5 other characters are placed inside a mall, and you must purchase and open storefronts, and then either reach a certain profit margin, or bankrupt the other players in the process. 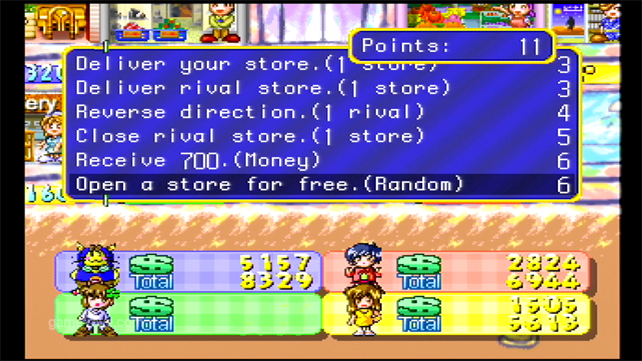 If you read that and thought, “So it’s Monopoly?” you wouldn’t be too far off, except for a very peculiar addition that almost elevates the concept from board game to a consumer strategy RPG. Unlike Parker Brother’s baby, where it was essentially who could build a money pit landmine field first, here you actually want to land on people’s properties. At each store you can purchase up to two items from the store at a time, but if you happen to buy the last item in that player’s store, you have the option to buy the property out from under them and convert it to your own store. If you don’t have enough money to do that, you must buy what you can and hope another player doesn’t come in and snatch up a killer deal. To sweeten the action, like Monopoly, stores can be expanded and widened, up to 4 complete sections creating one front. The catch here is that each section still must be handled individually; it’s possible for a rival to buy out a segment, convert it into their own, and halve your property into two smaller store with less profitability. 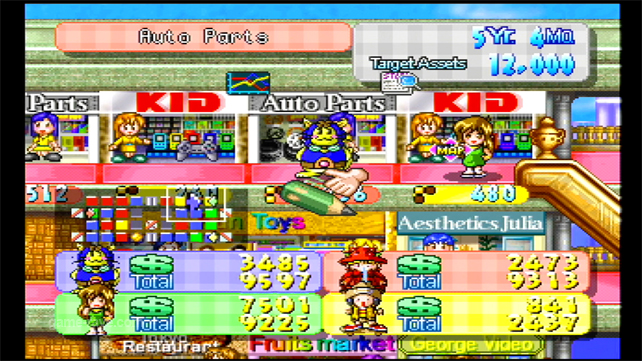 This is where the game shines; it’s a cat-and-mouse buying spree as you try and make your larger storefronts but need to keep all of your property stocked with items to avoid buy-outs. Among this chaos is the Bank, essentially the “Go” in our comparison. At the bank, you’ll earn a paycheck based on your current properties, but more importantly you’re given access to a Point Catalog. You earn points during gameplay, and can then spend them or save them for another time.

Examples of things you can purchase include extra Money, opening or closing storefronts, blocking others from doing specific things, and more. Along side the bank are the Random Cards, which can cause even more insanity. In one play-through, I watched the game take $1200 from one player, then give it back, then have every store closed in the same turn. Other times, you would think there was a blue shell buried in the deck, because you get beaten down by a Bank Shop purchase made by another player. So basically, you need to be on your toes and try to figure out the best strategic locations for your storefronts while dodging Murphy’s Law possibilities. 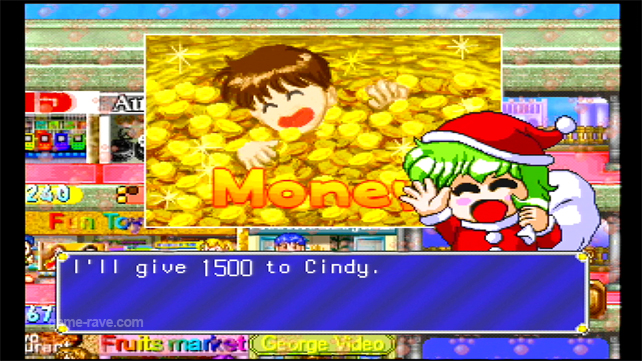 The game’s campaign takes one player through all 8 malls where each has a rival you must defeat alongside 2 others. You’re allowed to save once per in-game year, which is a saving grace (…pun not intended) should the computer beat you silly within the next year. I had a Save where I was beaten each reload, but using a Point Prize and changing the direction the winning NPC  (system controlled player) was walking saved me enough time to finally make the winning move. These individual sessions can drag on a bit, especially in the later malls where the NPCs tend to not buy a lot of things and save money for buyouts rather than purchases. The average single player match can last anywhere from 4 to 7 hours (seriously!), which as mentioned before, makes it more RPG than board game.

While Top Shop’s hidden depth and great game play shine, there’s regretfully some shopworn artifacts that should have been caught before printing. There are multiple typos in the game, with some of the story dialogue having peculiar translations. Control is fine, but the game’s user interface is muddy. It will ask you if you want to stop on the final step of your roll, but there’s no need to since you can only advance until you hit the actual number. When trying to use some of the Point Purchases, you can’t get a complete view of the board to decide who to punish. There’s also an odd amount of redundancy in the Random Cards – like cards that allow you movement, when what should have been handled by the pencil (aka dice) roll. The music, while 100% goofy Japanese muzak, is way too short in its length. By your 3rd game you’ll just lower the sound and turn on your music player.

Those problems aside, Board Game Top Shop is still a worthy purchase and one of the few games to allow 5 or more people the chance to all play together. Time to shop till you drop! 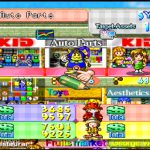 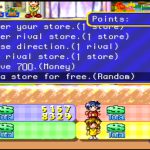 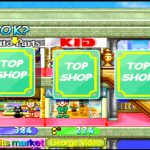 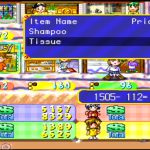 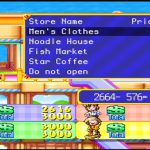 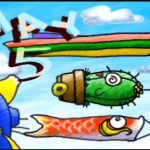 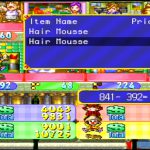 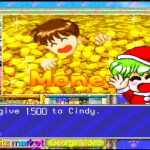 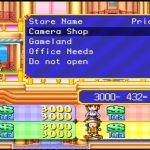 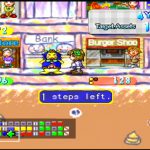 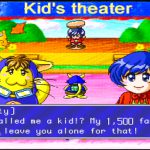