The original printing had the typo of saying it was 1 to 2 Players, when it’s really just 1. Agetec reprinted it with the correction.

When Tommo released the six “3 For 1 Value Pack” sets, Racing was included in Volume 5 with Card Games and Board Game Top Shop. The corrected version is found in the pack, but it’s actually another variant – the color bar on the manual is a lighter orange.

It should be noted these Tommo bundles are not “official” – the games themselves are, but the cardboard casing has no SLUS designation of its own. Originally released in Japan as Simple 1500 Series Volume 13 – The Race, Agetec’s translation comes over to America as just literally “Racing”, harking back to the days of Atari 2600 and Intellivision when one word descriptions were all you needed. Let’s jump into the game.

From the waving checkerboard flag and the controllable car icon, it’s fairly obvious Racing is going for the Ridge Racer crowd. Players will start the game with one car, which offers Manual and Automatic gear Shift, Grip or Drift tires, and then your choice of the long or short track. The short track is your standard race track layout, complete with copy-and-pasted trees and spectator stands. The long track is more in-line with the previously mentioned Ridge Racer, with its city buildings and extremely tight tunnels…and that’s it. Just the two tracks encompass everything you’ll be doing in Racing. It doesn’t sound like much, but trust me, there are layers to this onion.

One of the things working against Racing right from the starting line is it’s a budget title. Coming out of the gate at a measly $10 would already paint it into a corner, especially with no big names attached to. The starting car is relatively slower than other racing games rookie vehicle, but there’s a reason for that, intentional or not. Graphically speaking, Racing is neither bad, nor outstanding, but it does provide an admirable level of detail for the entry cost. The short track has nice little details to it with the housing, water, and various fences and dividers found through-out. The Long city stage takes nods from various locations to create a very tight, very curvy adventure for would be drivers. Every hard turn is clearly marked, with various décor found along the road.

Of merit are the cars themselves. Tamsoft could have easily just slapped on some solid color textures and called it a day, but the vehicles are really nicely detail both in paint style and all the little advertising decals.  Agetec even replaced many of the in-game billboards with their own American counterpart, though the spoiler on the Extreme level car is backwards.

The only real fault the graphics have is a bizarre issue in the draw distance. Every so often, at the very peak of the viewing distance, the road textures will just barely disappear, causing you to see right through the track to the background texture. It’s enough to catch your attention, but not enough to ruin the experience, especially when Triple AAA Games like Rage Racer suffered the same issue. Sound is standard stuff, though it feels like the car’s engine noises could have been dialed back just a little bit, especially if you’re pushing too far between gears. Background music is straight out of the Japanese racing handbook.

From a control standpoint, specifically for me, driving games are always hard to judge when it comes to how the cars manage. I’ve never raced cars, so deciding If the experience is authentic or not is lost on me. I just want to hit the gas and go.  Racing’s simple tutorial that explains how taking corners between the drift and grip tires is a nice little helpful tip, but for gamers easily frustrated this may come across as too hard.

The Grip tires at times seem more slippery then the drift tires and vice versa. In my early days with the game, I was just keep sliding into the same wall over, and over, and over again until I learned how to manage the car’s kit set-up. Like Bases Loaded before it, this was another game where I was so into it that I began to appreciate the finer nuances of tire and gear shift differences. Racing presents the first time in over 35 years of gaming that I legitimately learned how to use a manual shifter to gain those desperately needed seconds to pull out the win. Which leads me back the game’s play-ability. If one were to scour the internet, most observations and coverage of the game bash it for reasons that would disappear if just a little more time had been given to it. The game can be unforgiving if you try and power slide through it rather then make speed adjustments and learn what speed is truly needed. This observation in speed handling is…if you’ll pardon the pun…extremely obvious in the Extreme Level difficulty. Despite the car’s max speed, players don’t need to floor the gas pedal. Keeping it balanced in the 160 miles per hour range while being gentle with the brake pedal will provide enough control to plow through the stages.

There is something curious going on with the Mirrored Long Track however, and I need to know if it’s me or not. On Extreme difficulty, there is a stretch by the grandstands that unless you are insanely gentle on the gas pedal, you will spin out every time. What makes it peculiar is that this part of the track is practically a straight line, with minimum curvature. I’m theorizing that maybe the tire spinning physic is getting thrown off by the grass textures. A minor complaint, but a giant issue when it comes to the higher level attempts.

Circling back to that next unlockable is where Racing will provide the greatest challenge for those daring to enter. Once you have the mirrored long track unlocked and finish 1st in all three difficulty modes, you will unlock Rally Mode. Think of this as the Insanity Difficulty level for the game. Here, you must race all three tracks – Short, Long, and Mirrored long – in one successful attempt. You don’t even need to place – you just need to finish all three races before the timer runs out. The problem is that the game gives you quite literally just enough time to finish. Any single screw-up, any single second lost due to slowly down too much for a turn, and you’re retired from the race. To make matters worse, there’s no continue option between tracks, and you can’t change your transmission or tire kit before the next race. So if you lose on the last lap of the third track, it’s all the way back to Lap 1 of the short track for you. Rally mode is practically impossible using Automatic Transmission, and it’s here where you will need to learn how to use Manual shifting to scrape every second out of the timer. As a general tip – if you have less then 3 seconds before the next lap, it’s pretty much game over.

There is a nice little touch in the game’s High Scores table that really isn’t mentioned anywhere, but the game has a real working mileage counter that records every Kilometer you drive. You can see the tracker in the lower left of you speedometer, and then in the High Scores menu see the total amount you’ve raced.

At the time of writing this review, I have only Pro and Extreme Rally levels to finish, and that should be the last thing before supposedly unlocking the rival car in the game. That’s something else I should bring up -is that the game’s packaging is extremely vague and unfortunately wrong with its information. First, the original printing claims it’s possible for 2 people to play – this is a typo. It’s a single player game, which was corrected in a reprinting of the game that was included in the Tommo Value Pack. When it comes down to it, the general question is – Is Racing a good game or not? That can be answered by exploring a statement I made on Twitter a while ago. I gave up on the original Need for Speed because no matter how perfect a race I ran, I was always in 6th place. Upon realizing I could still access all the tracks just by simply choosing a single race and then allowing the game to automatically play the next track, the entire game’s dynamic fell apart. A game where perfection is rewarded with 6th place, but still being allowed to play the entire game is like having Disney World all to yourself but you still have to sit 6 cars back on every ride.

While I’m glad I am still able to access the other tracks, not having any sort of rewarding experience early on completely destroys the game. Here in Racing, despite it being a budget title with packing typos and a severe lack of options, the game became more and more addicting as I progressed through it. Upon finishing the Extreme Level run, I fist pumped and shouted in celebration. With that unlocking the Mirror Mode, I tackled that instantly. When the Rally Mode revealed itself, it was like having a whole different game tossed into the system. I not only had the satisfaction of accomplishing something, but was rewarded with a new challenge that I was worthy of. It’s intoxicating.

That sensation alone proves that Racing has what it needs to find a home in anyone’s library. Sure it’s rough around the edges, but what it lacks in car variety and visuals, it more then makes up in by providing a rewarding experience with what it has to work with, and that’s really all you can ask of a video game.  While the ledger balances itself out at an average 5 out of 10 on the review scale, the half that made it is the most important one.

Racing is a car that shouldn’t be judged by its paint job. It’s a budget title whose packaging is riddled with mistakes, but under the hood there’s an addictive and constantly rewarding experience waiting to happen. 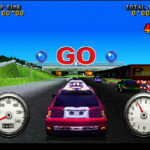 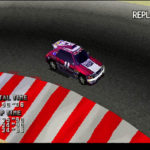 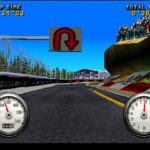 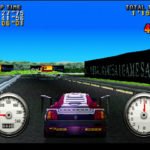 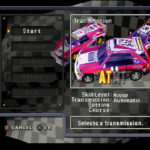 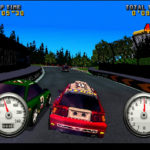 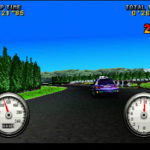 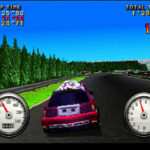 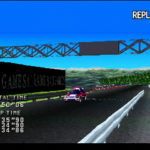 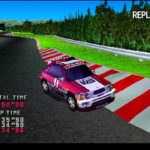 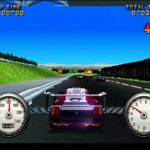 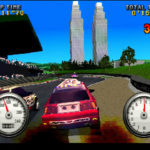 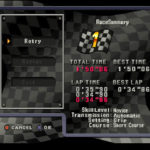 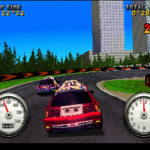 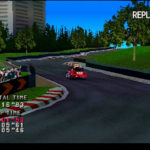 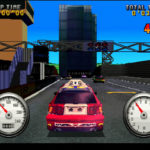