Street Fighter The Movie: The Game

Sometimes hindsight can be an eye opening experience, and not just in that “lesson learned’ kind of way. In this case, an old friend gets a fresh look and it turns out he isn’t so much of an embarrassment as I remember.

First, a little bit of history. When the live-action movie was coming out, Capcom was at war with Midway with Street Fighter and Mortal Kombat fighting for your every quarter at the arcades (remember those?). Capcom, feeling threatened by the rival, went to a Chicago-based company called Incredible Technologies to design a game that would tackle Mortal Kombat’s sudden juggernaut. This meant digitized graphics of the actors and locations, a new juggling system, and new move sets.

The final product was something of an oddity to an atrocity based on where you stood. Screen-capping all the actors from the movie, IT went with a seriously darker overtone than your standard SF game, most likely to appease the MK fans. Levels were darker and at nighttime, including a bizarre torture pit with handcuffed characters that resembled Shao Kahn’s stage from MKII, and more. The new combo system was now juggle and chain heavy like MK, but when wrapped around Street Fighter’s move sets, provided some absolutely amazingly looking juggle combos. A Ryu / Ken player could uppercut into a hurricane kick into an uppercut and then catch them with a fireball. There were also peculiar moves given to characters, like Cammy suddenly having a whip and M. Bison getting an electricity bolt move. Other interesting features included your Health Bar exploding from a Super Attack finish and “Mini-Supers”.

While the game had its fan base (myself included), Capcom must have realized that was not the way to go, and when it came time for the home version, went back to what they know best.

The PlayStation and Sega Saturn version of Street Fighter: The Movie are completely different games from the arcade. Essentially, they are re-skinned copies of Super Street Fighter 2 Turbo with some minor adjustments. While this still pains me for not being the arcade game, after taking a third look, there’s actually some really nice aspects of the home version.

First, let’s discuss the over all aesthetic look. The only true kink is in the characters themselves. Due to ram limitations, and worse still, the necessary re-editing to get all the Super Turbo moves in, our live-action cast is fairly pixilated and blurry. A little worse then the home Mortal Kombat crew, but not as bad as other projects with the same graphic style. Where it really hurts is that in many fighters you can clearly tell where they had to either splice in animation frames (color palettes shift back and forth) or worse, hand draw the needed frames (easily seen in Ken’s standing, spinning kick). Sometimes they were successful, sometimes not. This is made up for with the backgrounds, though – as they are very well done and better thought out then the arcade’s random ones. Several of them have interesting interactive aspects to them as well. Soldiers will turn their heads and watch the fighters as you move in front of the AN Headquarters, and Blanka’s stage will have him in his human form should he not be one of the active fighters.
Unlike the arcade, which had a few backgrounds chosen at random, each character here gets their own stage, and they are much better representations of the movie’s locales. Also of note is that, while needing a bit of stretched imagination, the artists tried to mimic the original Super Turbo backgrounds as best they could in the provided environments. Cammy’s bridge is now a pier, Blanka’s village is now his lab chamber, Vega still gets his caged environment, and so on. They even improved some stages like Bison’s lair and the catwalk above their command center.

Arcade voice overs and special move animations were tossed out and the original Super Turbo versions have been re-colored and slightly edited to fit in with the redone looks. Oddly enough, there are some left over voice-overs from the arcade kept in, and they seem like the worst ones. Ken’s “Hi-Yah!” immediately coming to mind, as well of some of Cammy’s.

Control is pretty much on the dot, but due to the actors various poses sometimes not quite matching up to the original animation, certain combos will look wrong or need to be re-learned on the timing side. As cool as Wes Studi is, he sadly looks as stiff as a 2×4 when compared to the contortions of his sprite based source material. Of note are the new mini-Supers. Essentially what would become the EX-Moves in other games, you perform a smaller, but still potent version of your special moves. This usually means two fireballs instead of one, extra kicks in said attack, etc. This adds in a whole new dynamic to combos, and creative types will start racking up the count meter.

Where the game shines, as in why you would play it, is in the Story Mode and the Trial Mode. In Story Mode, the game loosely follows the plot of the movie, and instead of guiding you on a pre-determined path, allows you to make choices as to where your next fight will be. Sort of like a simple Find-Your-Fate Book, this adds in replay value since you can go back and make the other choices. It also does a decent attempt at thickening up the otherwise 3 sentence plot of the film. Note that in this mode, you only play as Guile, since he was the main character in the film. If Playing Street Battle, that’s essentially Arcade Mode, with endings for each character. A nice touch here, the writers wrote the endings to work within the context of the film, providing a nice little bit of padding to this particular universe. Finally, Trial Mode is a survival-like bout where you fight a predetermined line-up, and the game will rank you on different aspects of the fight. While it has no real bearing on the other modes, its a fun time waster and can have some interesting results on the characters you don’t normally play with.

Finally, in the Versus Mode, you can save your fight numbers (Wins, Loses, Draws) against 3 other opponents by using your initials. Fairly nice little addition, and back in the day would helped spur rivalries with friends…when you could still play 2 players on the same system.

While just a footnote in history now, the arcade version was original for its source material and provided an interesting alternative to the other SF games. The home version, while more patchwork than original, still holds its own as a guilty pleasure and a trip down memory lane.

It’s not the arcade game I wanted, but it’s a game I adore in a wrapper I can appreciate. Not everyone needs Jean-Claude in their lives, but his take on Guile has found a home at Game-Rave. 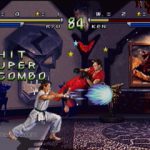 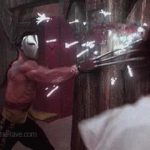 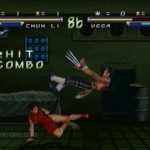 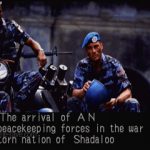 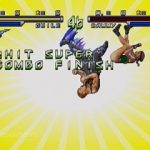 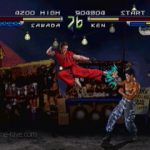 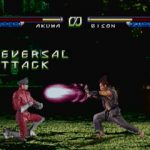 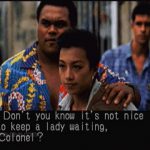 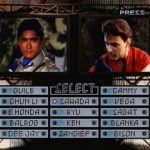 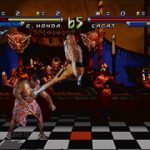 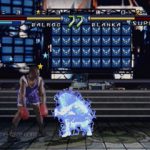 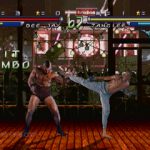