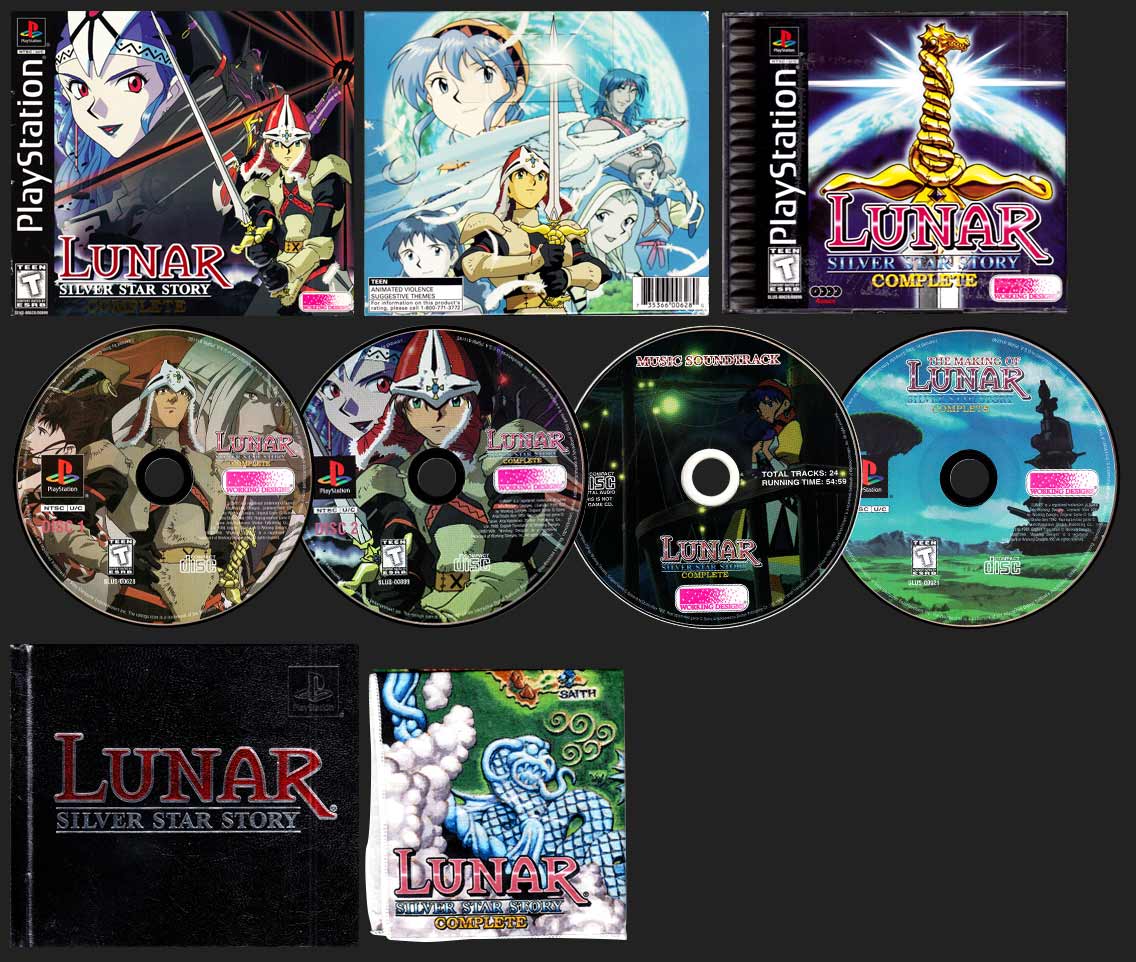 Working Designs would go all out on their first Lunar release on the PlayStation. There was a total of 4 variants of the Collector’s Edition, and then the much later released Fan Edition. 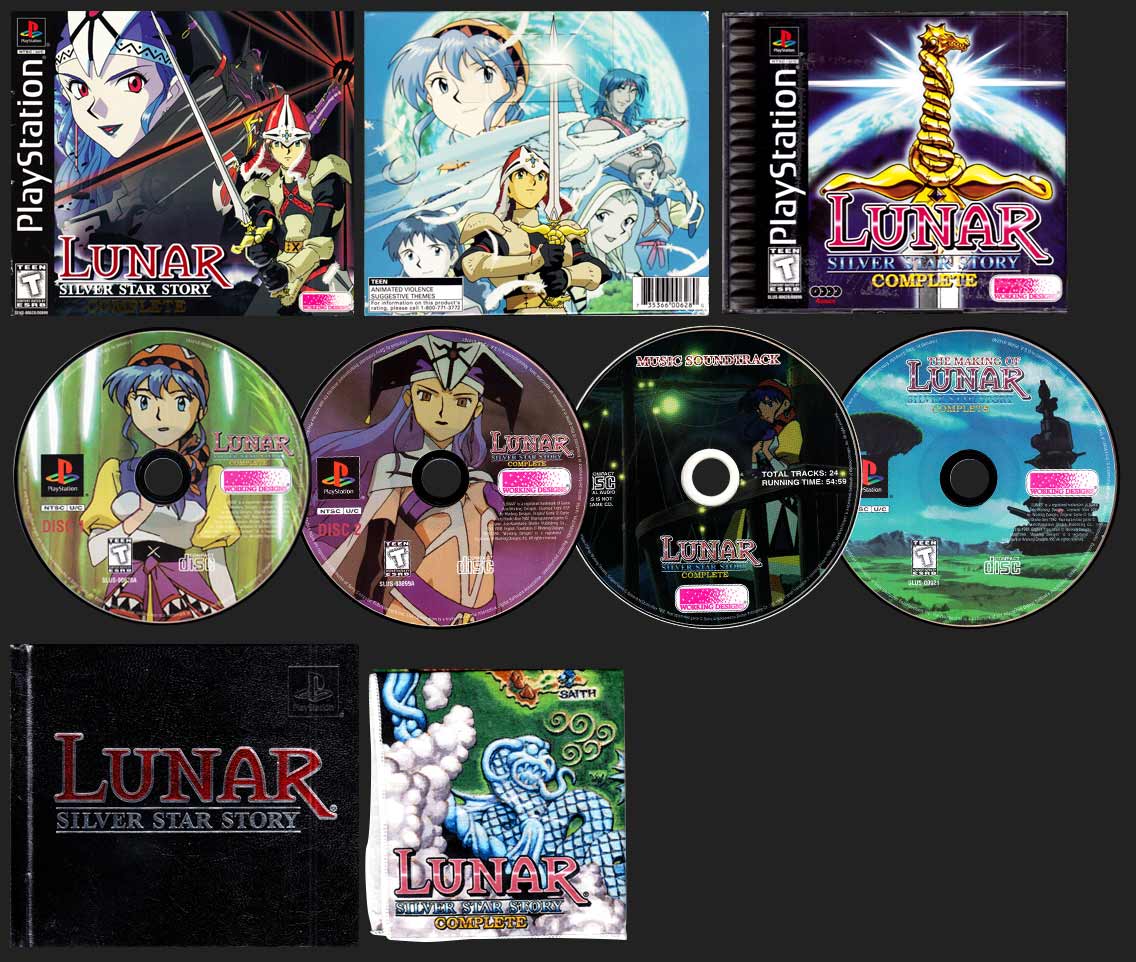 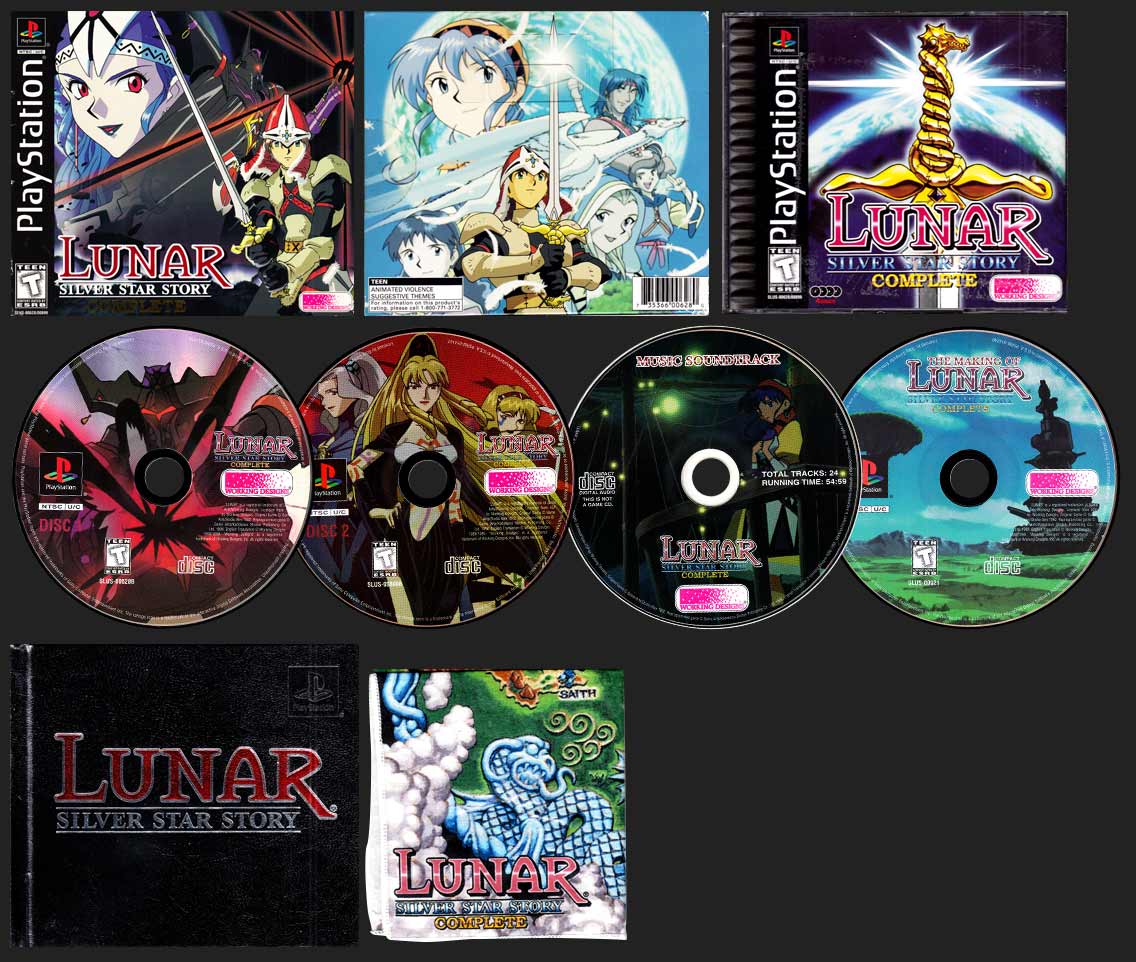 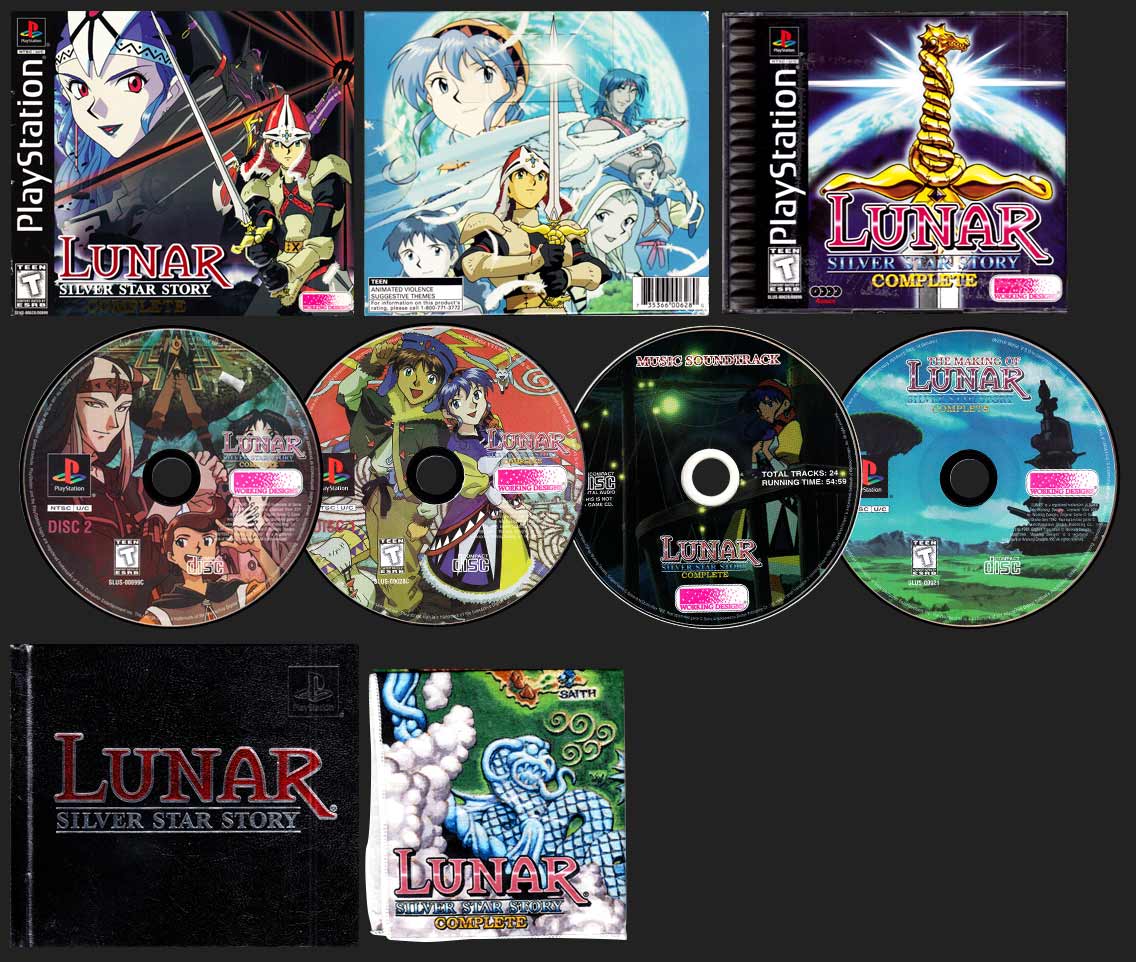 The Fan Edition was a really interesting variant release. For starters, it was advertised by Working Designs as a “1 Last Time” before it was forever shelved from reprints. It was sold at a discounted rate since the outer box and Omake box were left behind. They didn’t even bother with the usual foil stamping. Overall, the most significant aspect about the Fan Edition is that the disc artwork was literally done by a fan. Working Designs used the artwork of Armen Mardirossian, a frequent contributor to the WD Forums at the time. 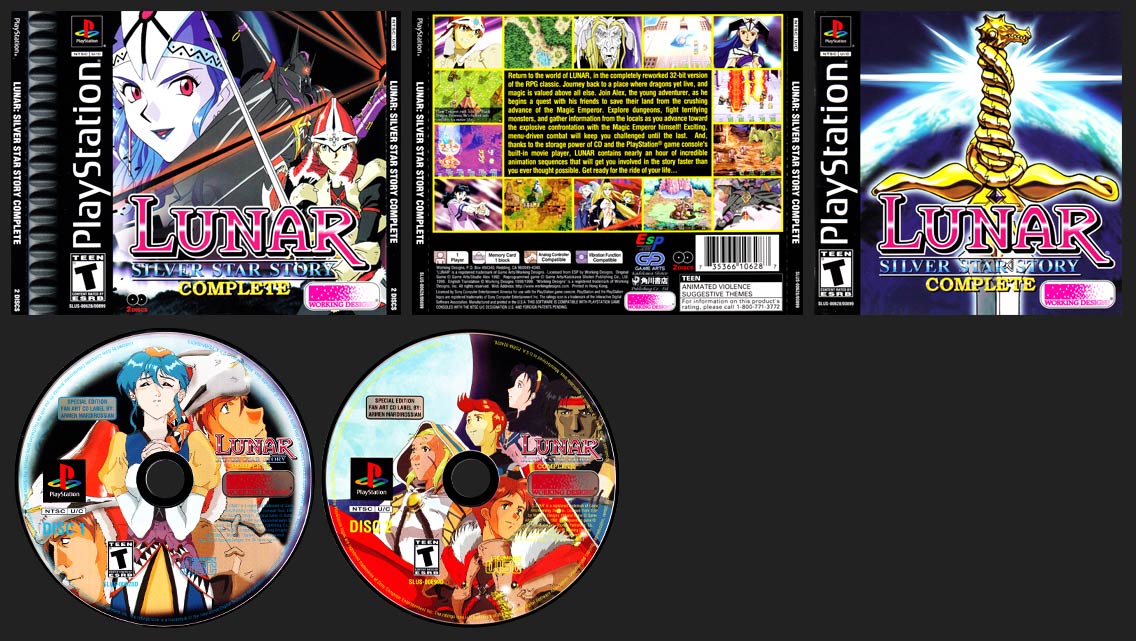