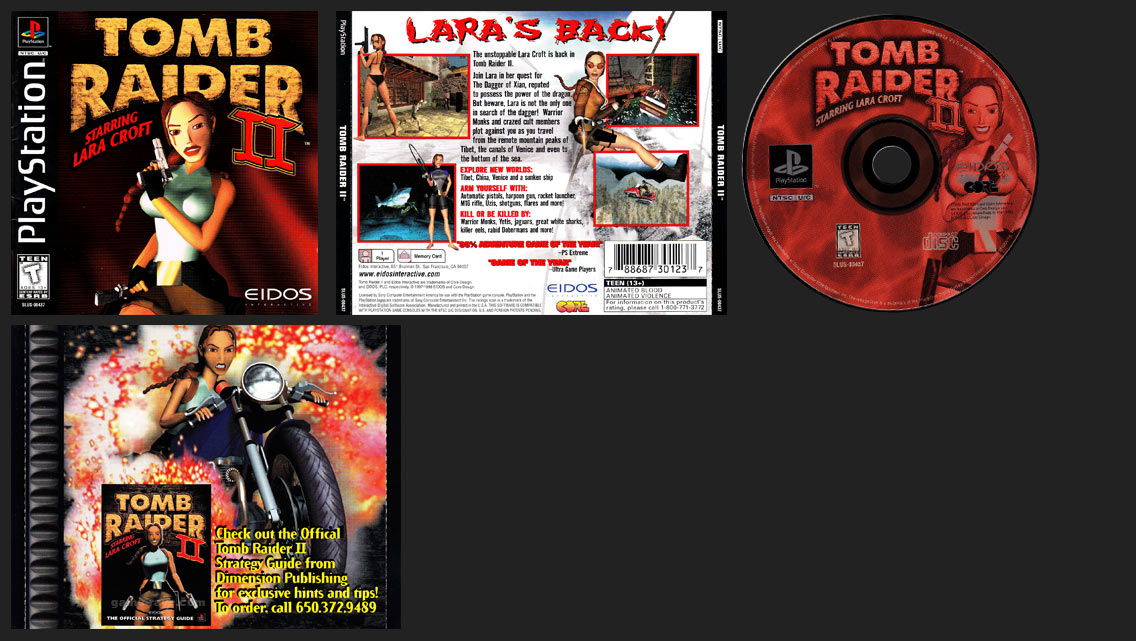 God help us all…

The First variant simply updates the inside insert to have Eidos’ own Hint Line rather than the strategy guide book. Note the Black Label back inserts all have an unfinished Memory Card Icon, as it forgets the ‘1 Block’ label. They fixed this on the Greatest Hits. 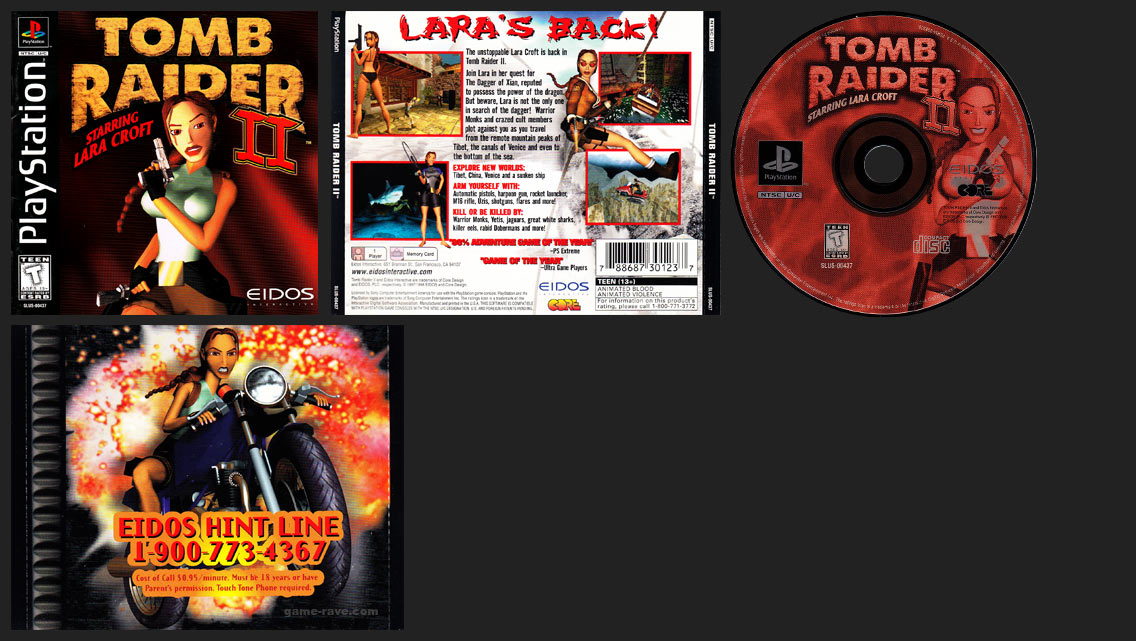 The next variant is one of the more peculiar ones – the letter A has been added to the Disc, and only the disc’s SLUS (SLUS-00437A). Redump.org reports that the code on the disc is the same as the others, so the A is more then likely a typo. The back insert is the same as the previous variant with the Hint Line.

The next print run adds Core’s logo to the front of the manual.

Ah, the first Greatest Hits release. The UPC has been changed.

The first Greatest Hits Variant: It calls out the two included demos on the disc. Manual has ad for “Fear Factor” would would be renamed to Fear Effect. The ESRB back insert has changed.

The second Greatest Hits release now has a three demo burst on the front, and the manual ad features all three games; Gex 3, Soul Reaver, and Tomb Raider III. Note the back insider goes back to original ESRB box style.

The SLUS is now changed to SLUS-00437GH to match Sony’s new cataloging style. The ESRB box on the back flips again, and the manual now advertises Tomb Raider: Angel of Darkness for PS2.

The easiest of the variants to find, as it was part of the Tomb Raider: Collector’s Edition 3-Pack.