Printed with a white disc, rather than a blue tinted disc.

Canada got a nifty exclusive release that included a Twisted Trax music CD. 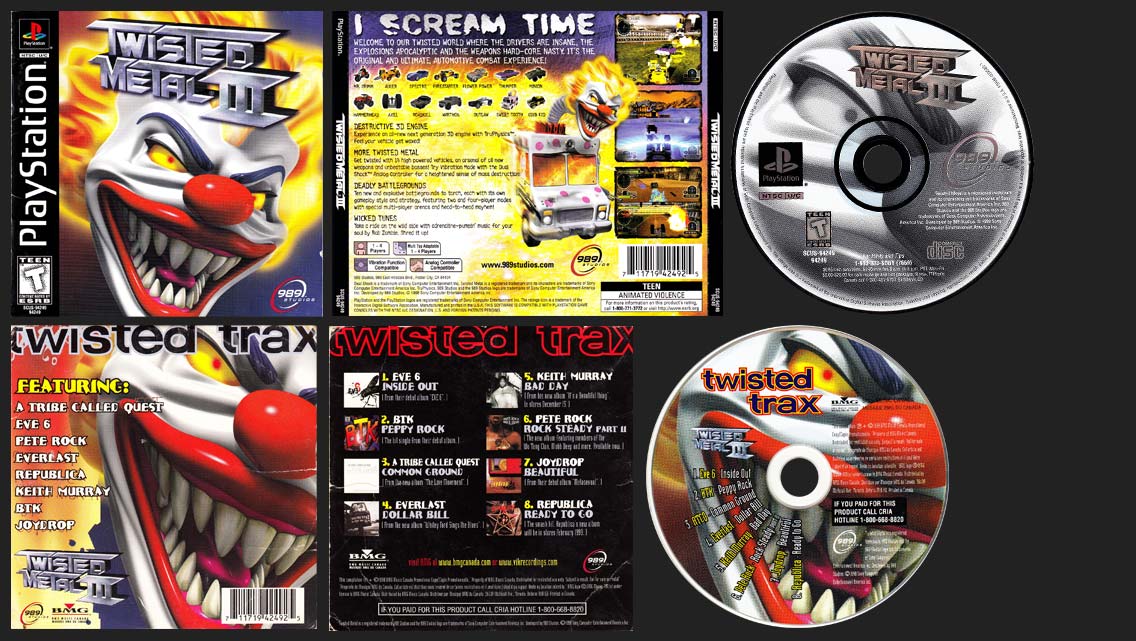 Released into the Greatest Hits subset.