Video game tennis has always been an enigma to me – I mean, for all intents and purposes, Pong’s first day on the job nailed it, right? The rest is essentially just graphical upgrades. 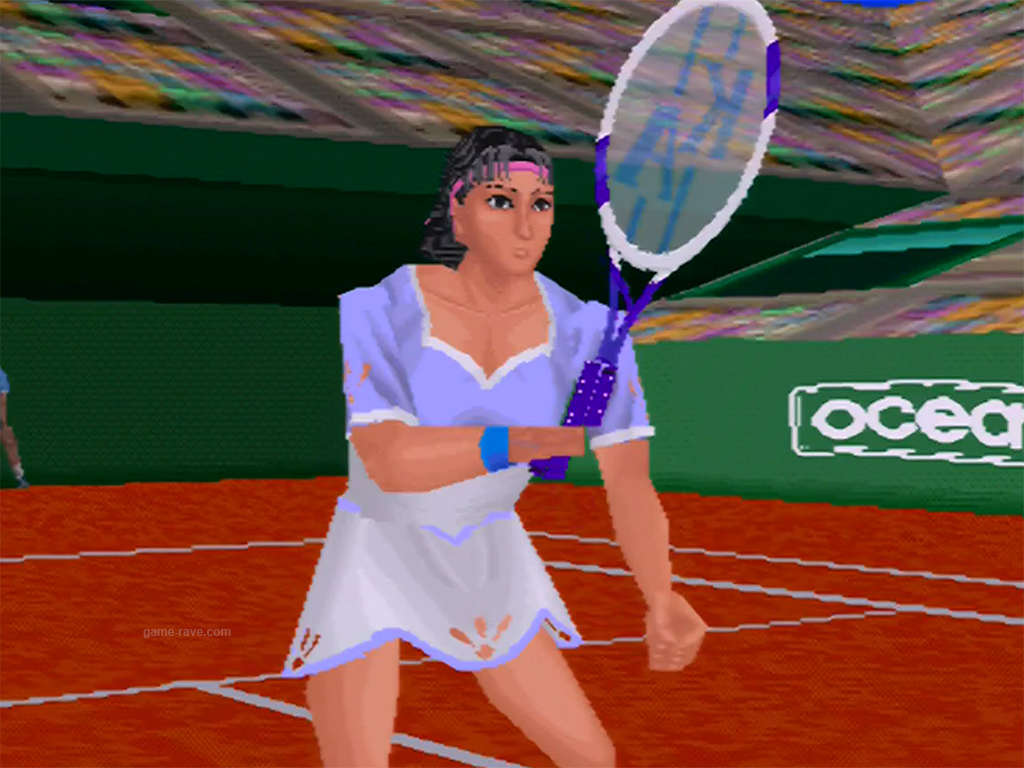 Before we get into anything else, let’s get the one true shining moment out of the way; Power Serve 3D Tennis has one of the highest resolution settings I have ever encountered on a PlayStation 1 game. Our screen captures, done through an HDMI upscaler, really do not do it justice. The game is bright, vivid, and wickedly sharp. Regretfully this is all on a game where there is a maximum of 4 characters and a net on-screen, so it’s obvious they had some processing power to play with. This leads into some nice minor details like the lettering on the tennis racket netting or the decorative pattern holes on the one female’s skirt. The downside is that there are so few polygons the player gets to clearly see rackets behind hands and shoulders going through chins, but it’s a small price to pay to see everything so vividly.

Power Serve is fairly sparse on the options and almost everything else the player could think of. To put this in perspective, we’ll compare it to another launch era tennis game – Super Tennis on the Super Nintendo.

Both games feature Singles or Doubles Play, the option to play on Hard, Grass, or Clay, and offer a top-down view of the action. Here’s where Power Serve completely falls apart to its predecessor as Super Tennis also throws in a Circuit (Campaign) mode, more than double the characters, an animated crowd, and even has net-side ball retrievers that really go and grab the ball.  Back in Power Serve, there’s just your players that animate and not much else.

To their credit, Ocean did try to make the game special with the camera angles, but aside from the top-down view, the rest make the game more unplayable than it already is, which I’ll cover in a second. The default view is a not-quite first person romp that gives the player no reaction time to the volleys. From here, the player gets various split screen choices that only add to the confusion and reduce your viewing angle. Just pause the game, set it to the final camera angle, and never look back. 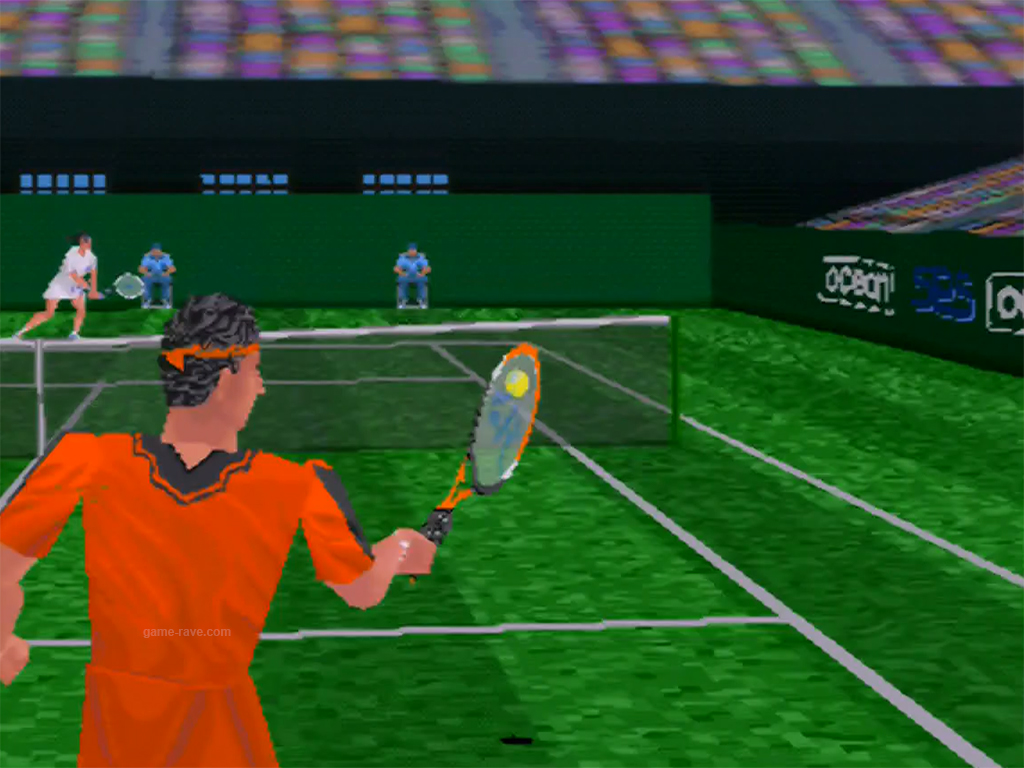 Once that’s out of the way, the final nail in the racket is the actual control. All they would have needed would be to assign the 4 (Forehand, Backhand, Volley, and Overhead) types of swings to each of the 4 thumb buttons and call it a day. Instead, there are overlapped button assignments, directional holds, and even two step combinations. Granted, I’d have more to talk about here, but after 2 hours of not being able to actually hit the ball, I gave up on the game.

Sadly, there is just no consistent way to approach or even hit the ball. After 2 hours, I had all of 3 total points (as in points, not actually winning a round or match) and nothing but whiffs to show for it. I used all 8 players, tried all the various button presses, and all three courts, and no matter what happened the ball sailed passed me, through me, under the racket or just past the racket. I lost the first 3 sets with straight zeroes across the board. I even tried doubles to help alleviate half the space to cover, and still never got to the ball in time. 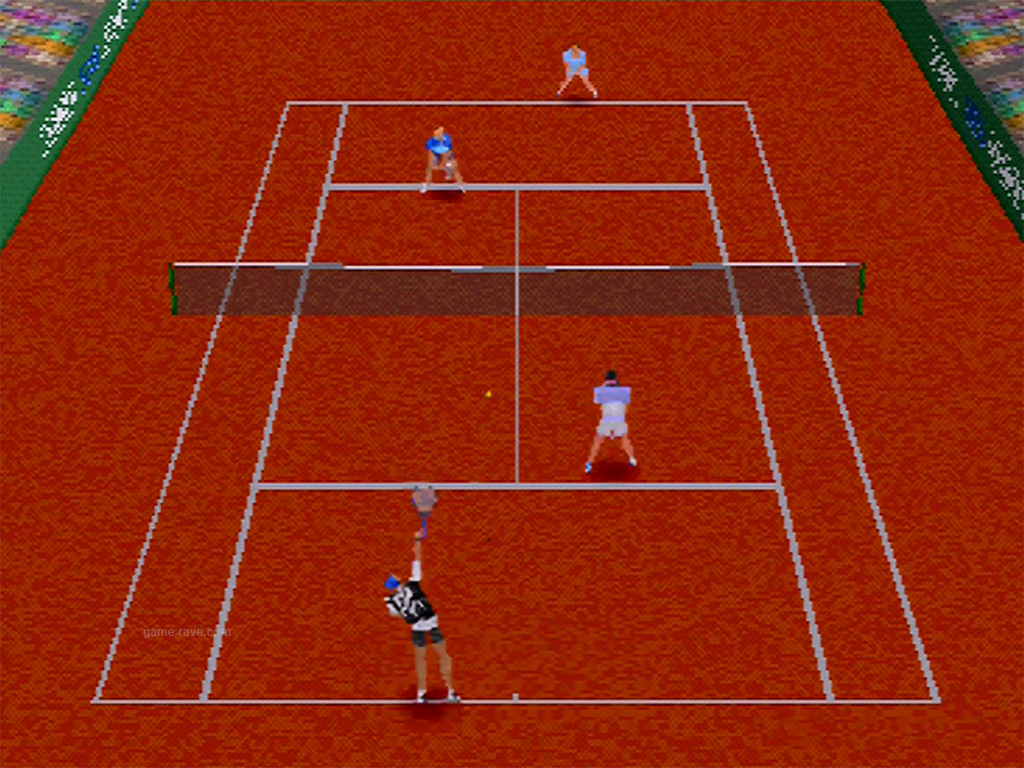 To put this all in perspective, one only needs to understand the reasoning behind the ‘Laughable’ descriptor for the review. By default it was meant to illustrate a game so bad the player couldn’t help but laugh at it. When it comes to Power Serve 3D Tennis, it’s more laughing at yourself for not realizing how much you could suck at a game no matter how hard you try, and then laughing at having tried for hours.

Leave this one to the long box and full set collectors.

For such a strong visual presentation, Power Serve ends up serving one of the earliest bargain bin games on the PlayStation. For complete set / subset hunters and tennis collectors only. 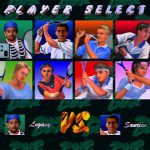 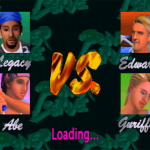 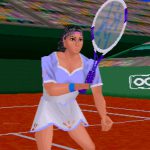 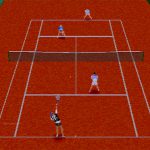 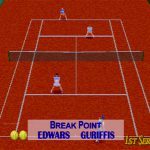 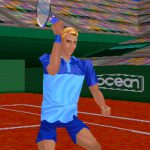 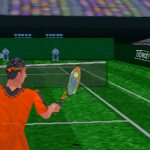 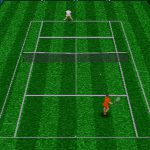 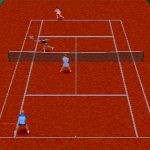 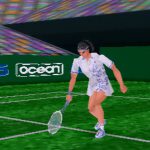 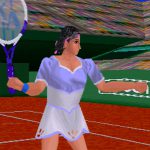 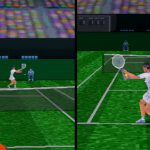 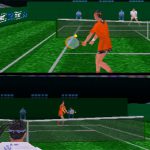 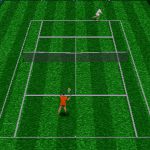 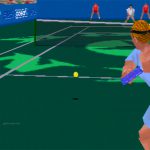