Early in the PlayStation days, 3D games and graphics were going through a weird growth spurt. On the one hand, everything was being put in 3D even if it didn’t need to be, including text, which sucked. On the other hand, everyone though Full Motion Video was going to be the end-all-be-all gaming upgrade. Having played with my LaserActive system for a while, I felt it was time to go back for a second look at Novastorm.

Like Silpheed on the Sega CD, the game is essentially in-game graphics laid over moving video footage. In order to fake the effect that the graphics are 3D, there are invisible damage barriers mapped over the ground and random objects to ‘dodge’. What makes this situation problematic is that often you’re so busy trying to move around the screen you forget that this barrier is there. More than once I found myself almost-dead due to slamming into the invisible ground.

Gameplay is fairly simple; you have no control of the game play – all you need to worry about is moving in 8 directions and shooting the bad guys. Enemy ships fly in from the sides and scale in from the center of the background. In most cases this wouldn’t be so bad, except Psygnosis decided to give the Scavenger ship insanely large bullets and power-up options. This leads to your own blind spot – you can not see in front of you. Several moments in the game, you can literally just stay in place, hold down the fire button, and you’ll see your score rack up with no idea who or what you were shooting at.

Each of the stage bosses and the final boss are part of the full-motion video graphics. You destroy them by aiming for specific spots on the video and unloading your salvo. Rather creative in this department, bosses can range from giant lion, squid, and base stations. Two discs long, the game is 4 stages broken into 4 sections each, half on each disc.

The game’s difficulty comes from the blind spot issues, and that uneasy feeling of never knowing just where the invisible barriers are. On Normal, I was done within 2 stages. On Easy, I plowed through the game on 2 ‘continues’ (i.e. using the Stage Select) and then barely survived the final boss. There are moments in the final stages where you will take an ungodly amount of damage for no reason – there’s just no way to avoid the bullets and barriers at the same time.

With the adjusted difficulty and a Level Select to help you keep going, Novastorm is a pleasant guilty pleasure, if nothing more. Those looking for an investment won’t find it here, as the game is no more than an hour long tops, but it does have a nice arcade aspect to it. Fun to go back to every once in a great while, but not one you’ll be telling your friends about years from now.

Like Silpheed on the Sega CD before it, Novastorm is a blast to play on first sight, but once the wow of FMV footage wear off, it’s a competent shooter with difficulty issues. 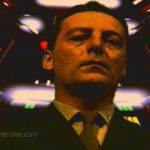 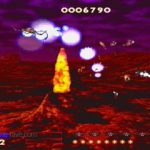 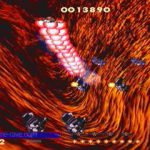 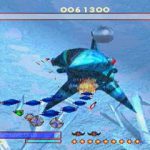 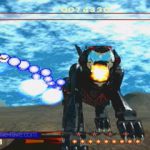 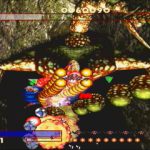 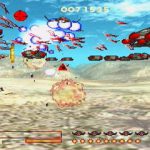 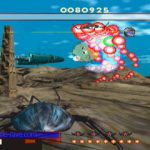 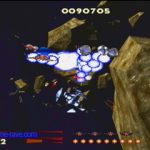 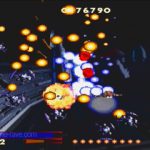 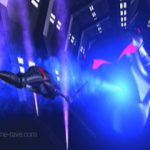