Here’s a genre I’ll never understand. Kileak is part of a practically dead breed of animal known as a ‘mech’ corridor FPS (first person shooter). Like Doom and Duke Nukem, you’re your own eyes running around shooting stuff. However, what keeps Kileak from ever being any fun is the one thing its niche template is based around; tediously mind numbing exploration in vast, boring levels. Everything looks the same, and its even worse when there’s literally only three textures to a level (if this place really had that many lights the heat it generated would have melted the frozen prison it was stuck in).

To its credit, Kileak tries to implement a lot of adventure ideas; card keys, memorizing switch settings, and exploration. Where it fails is the level layout and visual cues. After 5 levels deep, everything still looks the same. There are only about 4 total textures to each corridor, and once you finally get to actual rooms, there’s nothing in them. Every few moments you may come across a desk or even a book library, but when put in perspective there’s no way to believe it’s a lab, much less a secret breeding ground. Enemies aren’t very varied, and if anything, you’re simply doing the same thing over and over; only the color of the weapon blast and creature shape changes.

I’ve tried over the years to get through this game, even now with an Action Replay, and I just can’t do it. Eventually, when there’s nothing else to do and I can psyche myself out, I’ll be able to play all the way through. For now though, Kileak: The DNA Imperative is still just a launch day memory, and not much more.

Kileak is a set of ideas put to paper that then had no chance to be refined before being burned to disc. 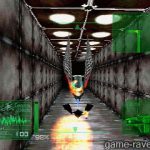 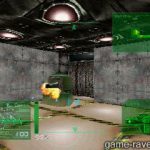 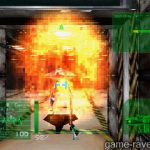