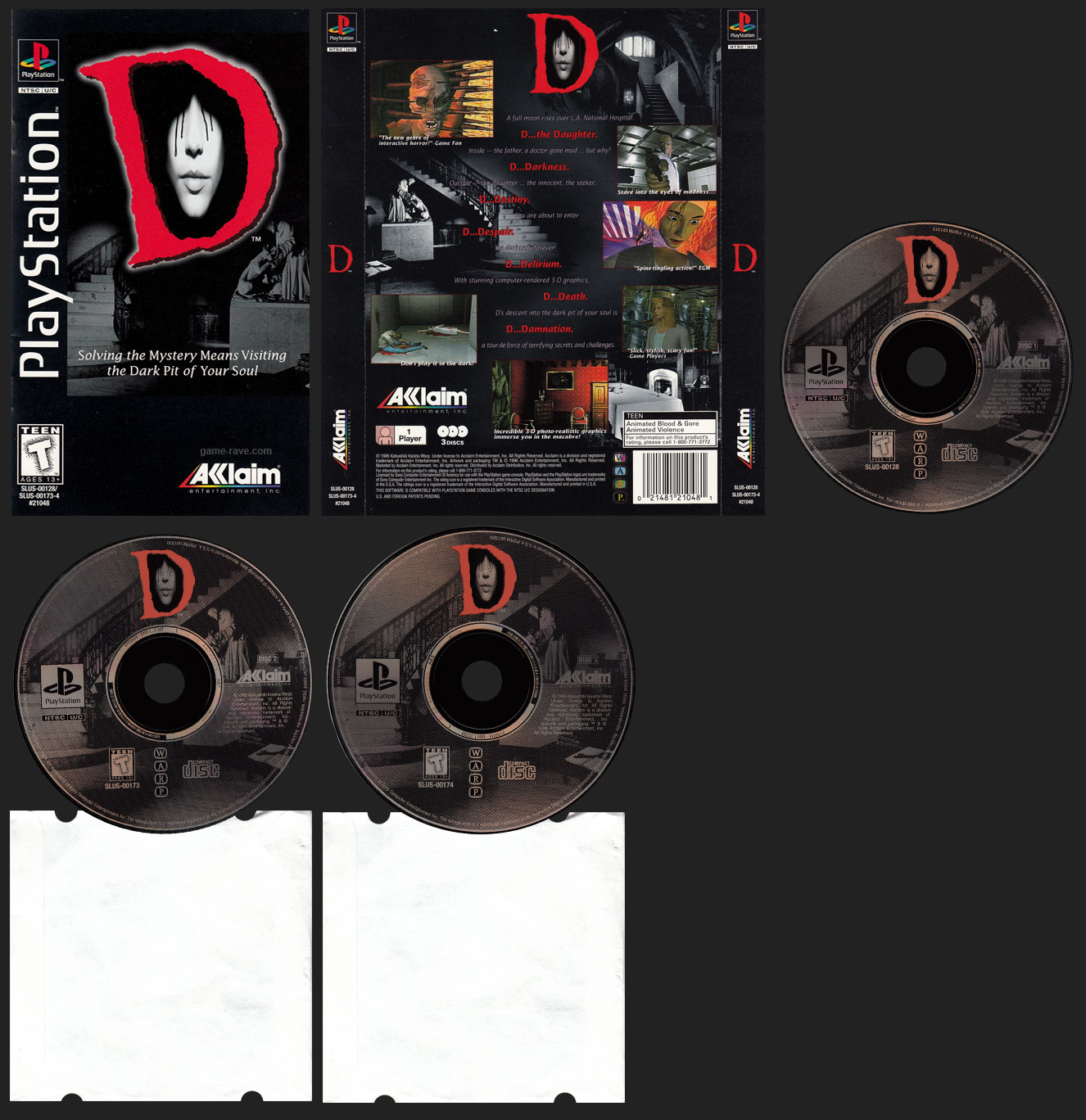 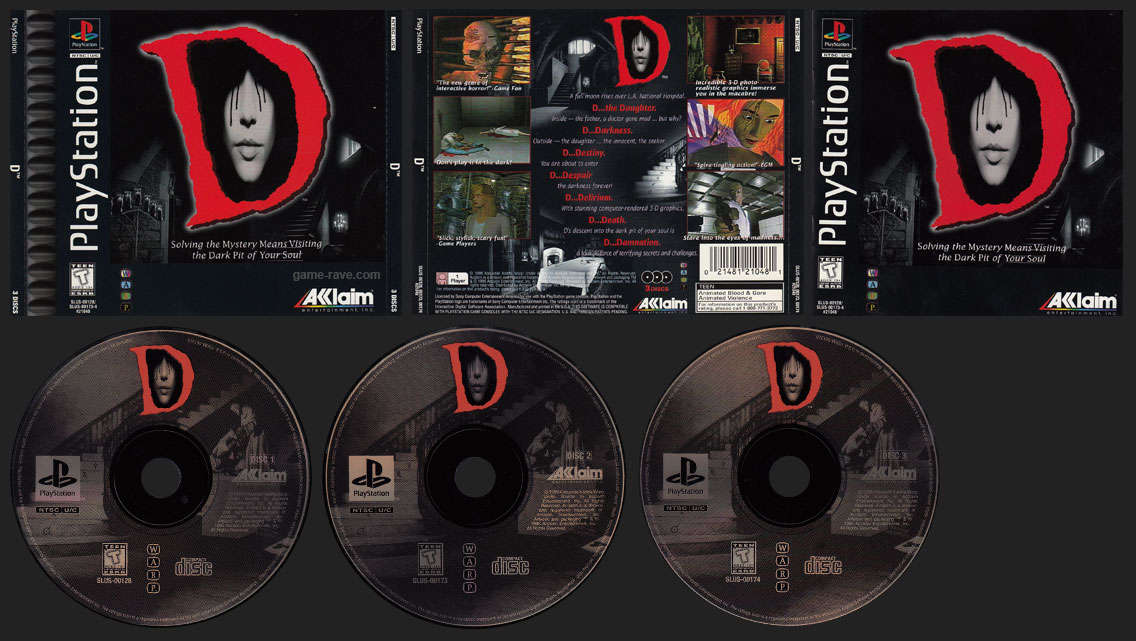 Double Jewel Case Release – The discs are different from the long box – they don’t have the large outer silver ring on the hubs.

There are FMV (Full Motion Video) games that cause shudders among gamers and collectors, and then there are those that demand respect, and rightfully deserve it. D falls into the latter, and even today, for the most part, retains that respect.

D’s original release window placed it squarely in the limelight, being at the forefront of the 32-Bit wars between the 3DO, PlayStation, and Saturn. A battle of the video footage, if you will. Released across all 3 platforms plus the PC, now defunct WARP’s horror tale is something of an oddity in its game play as well as its presentation.

Our main hero is Laura, the daughter of a famous American doctor, who seems to have lost his marbles. Upon hearing that he has shot up a Los Angeles hospital, she rushes to the scene to investigate. Once inside the hospital, she is caught off guard by a bubbly looking worm-hole-like entity that absorbs her and drops her off in what looks like a twisted castle / mansion structure. It is in this dark, dank, and eerily quiet lair that your quest to find your father begins.

Here’s where the game gets interesting; it is only 2 hours long, tops. You either finish the game or you don’t. Laura is trapped in the castle at 3:00pm and must get to her father and figure out the situation by 5:00pm, in real time. There is no pausing allowed, and the clock is always ticking. You have Laura’s small pocket watch to keep an eye on the time, as well as her compact that provides a clue to your current puzzle. The compact will crack and eventually break if you use it too much.

With this time limit in place, the majority of D’s puzzles are time based. Not so much in using time as part of the equation, but in how long it takes to get the puzzle figured out, especially with your limited mobility. This is where the true, if not by design, frustration sets in.

Laura herself is part of the Full Motion Video footage, so you are forced into whatever pre-laid ‘path’ has been set-up, which isn’t always easy. By example, you can ‘walk’ into a room and stop. In reality, you just watched a video clip, and are now at the ‘standing still’ image, which, by pressing up, left or right, will then scroll and stop upon the next possible walking direction (i.e. the next movie clip).

Because you are on a predetermined path of video clips, trying to navigate to something can sometimes require bizarre movements to finally find the right ‘still image’ that has the direction you want. One room in the castle demands you move to a spot 2 spaces further over from a door than when you first go to it, in order to use the door. Since you only ‘walk’ (aka the speed of the movie clip) everywhere, it can get extremely confusing in how to navigate the invisible track you are on.

With the puzzles, there are two specific – the Handle box, and the Circle Room, that have a clever design, but a freaking annoying way of being controlled. With the Handle Box, you need to click a handle that swaps between two numbers. The first digit will click and not move – the second digit will click, and than count backwards a specific number of times to a digit. Once you figure out the trick in the math, the problem becomes getting the tumblers to stop where you want. That small annoyance of timing means you might accidentally screw up the other digit, and have to start all over again.

With the Circle Room, you stand in a small circular room, and rotate a wheel. This changes the possible outcome of what is hiding behind the door. There are 12 possible outcomes, but you need to navigate between several of them a few times. Having a pen and paper handy will help you from going nuts (or just use an FAQ). If you can make it past the Circle Room without breaking a controller, you’re good to go.

When you finally confront Laura’s father, you are presented with a single choice. The catch is you might not realize that one of the two choices is a single button press away from getting the bad ending. Just be careful here and you’ll be able to get the true ending. There is an extra, small little bonus ending as well; a single audio file that you only receive if you find 4 random glowing beetles found through-out.

What makes this slightly difficult is that they appear based on certain criteria, and if you find one in one spot, it will not be in another, as one beetle can appear in two places. The final and fourth beetle is also technically invisible – you simply have to walk up to a certain wall to activate it.

With the game’s premise, the atmosphere, attention to creepy factors, and a controlled pace, D still mostly holds up in its twilight years, marred only by the game’s unintentionally bad voice acting by the father and the two infuriating puzzles. If you can find it for cheap, it’s truly worth the pick-up; just make sure you get it for the PlayStation. The video footage is far superior to the Saturn version.

Unless you just have to play it enough times to get the hidden beetles bonus ending, D is an amazing once-and-done video game from the PlayStation’s early days. Fun to replay if you’re trying to beat a personal time. 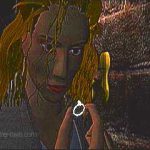 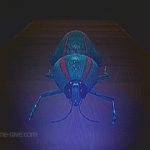 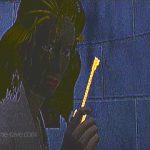 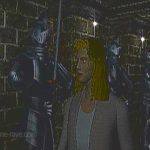 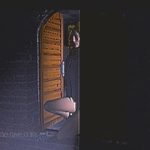 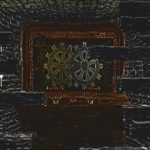 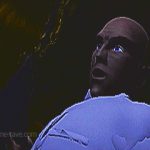 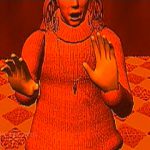 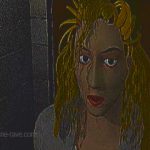 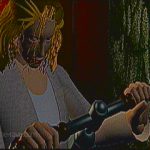 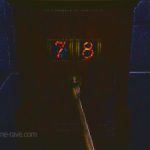 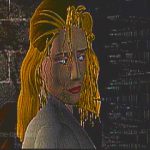