There’s a little rule I like to keep when working on marketing materials. That is, “If you call out a high profile rival, make sure you’re actually better than the rival.”

Criticom horribly fails that rule on just about every level. Obviously taking a stab at the Mortal Kombat 3 sitting on the shelf next to it, Criticom is a game where the supporting features bring more than the actual game does.

Essentially the 8 fighters are brought together to fight for an ancient relic that has been lost from a race bent on the complete eradication of their enemies. The game opens with an amazing-for-its-time CG movie, complete with narration. Once a character is selected, they get their own CG opening and the game begins. Genesis fans will recognize the style – Kronos did the cinematics for the Sega CD game Eternal Champions. The only problem is that from here on out the game is a complete loser.

The 8 playable characters are designed as if it was a high school project. You have the standard almost naked female, the hulking alien, a pretty mundane robot, and the rest can be guessed without playing the game. None of the characters stand out; in fact most have already faded away from memory.

Perhaps the most confusing design choice lay buried in the rules. There’s only one round per fight – you technically have a double life bar like Killer Instinct. However, the standard 2 punch / 2 kick attacks do absolutely nothing in damage. Only special attacks will cause the green bar to drop significantly, except said attacks have no rhyme or reason to them. Some attacks are circle motion style, some are taps, and some are weird button holds. Once performed many of these moves will leave you dangling in the air forever, or cause you to require manual adjusting to face the opponent. Several moves were not play tested, and cause a disaster of unfairness.

The best example is with S.I.D. the robot. He has a throw move in which he throws the player behind him, not back into the ring. As a player, all you need is to back up a few steps, grab the opponent, and toss them out of the ring. At least you could, if the computer didn’t cheat like it was going out of style.

Sound and voice-overs are instantly forgettable. About the only real compliment you can give the game are the character textures the aforementioned cinemas.

Unless you’re going for a complete collection, or all the long box games, there’s no need to ever own Criticom.

When you spend all the budget on an amazing opening movie, there’s not much left to develop a game with. 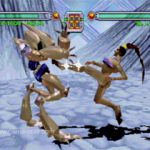 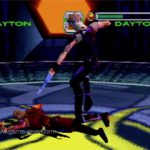 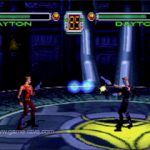 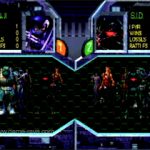 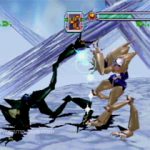 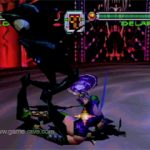 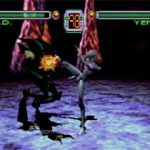 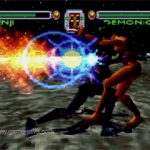 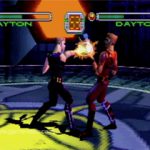 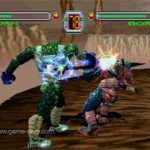 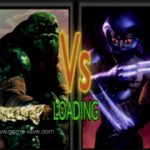 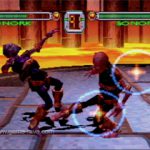