The first variant in Battle Arena Toshinden was the pack-version. This was included in early system bundles after launch. The manual and disc read “Not For Resale”. The UPC ends in 40030.

The game was then released to retail equivalents with stickers applied to cover the “Not For Resale” applications. Back insert still has the 40030 designation.

Now released in a standard version, the UPC goes back to the original long box UPC. Manual and disc are sticker free and printed as normal versions. Probably the hardest of the variants to track down.

Released as a Greatest Hits.

I still remember the day I got to witness Toshinden for the first time. Way, way back when I used to go to Japanese Anime meetings, a fellow who was rather overly-addicted to buying anything imported, plunked down the cash for an import PlayStation and 4 of the launch games. It wasn’t until he had put in this disc that I realized my soul would soon be owned by the Sony corporation. Not because of the graphics or game play, but at the potential it showed for the future of gaming.

Battle Arena Toshinden is and always will be considered the flagship title of the PlayStation. Why? Because it basically trounced the visually inferior opponent; Sega Saturn’s Virtua Fighter, and provided Sony with all the evidence they needed to sway the gaming public and usher in a new breed of mainstream gamers.

Here you have a game with 8 warriors brought together by invitation-only requests, to meet and fight each other for the chance to tackle the ultimate warrior, Gaia. Each fighter has their own weapon, style of fighting, and personal goal for reaching and defeating Gaia.

Play mechanics are a bit odd; you have the controller motions out of Street Fighter, but a combo system pace that’s far slower. Each player possess several Special Moves, and 1 Super Move; You’re also able to roll out of the way, and knock opponents off the edge.

Graphically the game shows its age, especially in the character models. There are a lot of flicker issues in character joints, and most stages can be reduced to a few rectangles and a circle once the nostalgia wears off. I still love the perfectly shaped rectangular waterfall.

As much as I’d love to say this has to be in everyone’s library, it really doesn’t. At it’s finest hour, Toshinden today is just a reminder of what used to be, and reminds us of the day 3D games took full control of the gaming world.

Toshinden is that pack-in game that never quite gets to share the winners’ podium with Mario, Sonic, or Halo. A fun nostalgic romp, but non-collectors will find better bouts elsewhere. 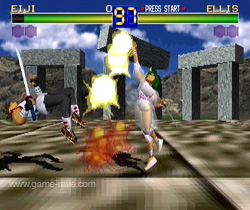 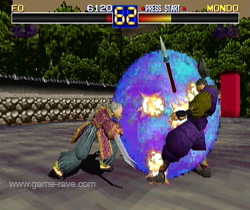 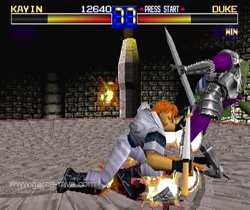 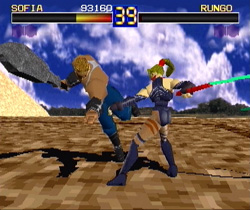 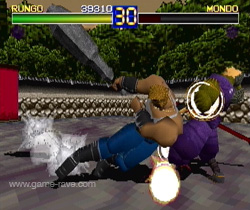 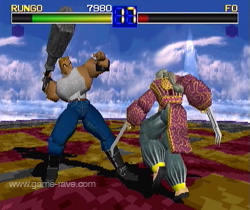 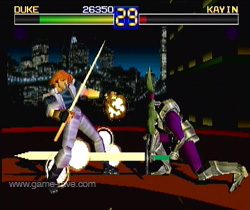 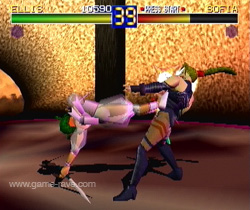 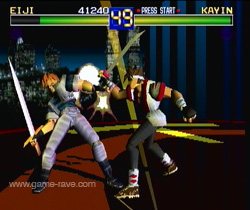 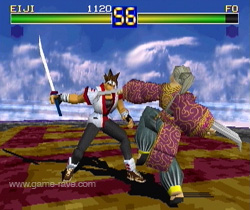 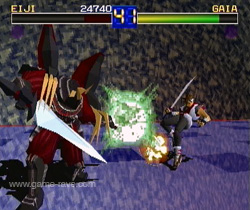 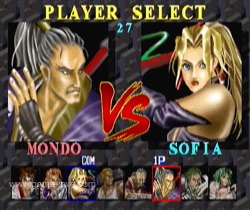 Battle Arena Toshinden is chockful of some great cheat codes.