Top Gun: Fire at Will

You know how when companies make a movie-based video game, they take some liberties with the storyline to bend it to their needs? Well, this little game completely re-writes the movie by removing one of the central characters and shuffling around some of the pilots, and then dropping the You take on the role of Maverick, ace pilot, hot shot good guy, and the next big thing to hit Miramar. Once you’ve passed the pilot tests, you’re on to many missions of dog-fighting and missile dodging. The game supports cockpit and 3rd person views, as well as a weird hybrid of simulation and arcade style controls. 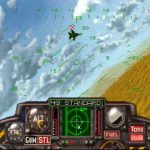 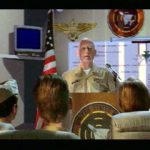 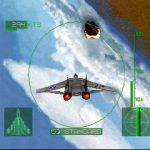