Final Fantasy Origins is no stranger to variants, so let’s get them started. First is the Canadian release with the second manual in French. This would have been shrink-wrapped to the front of the case. No informational changes. 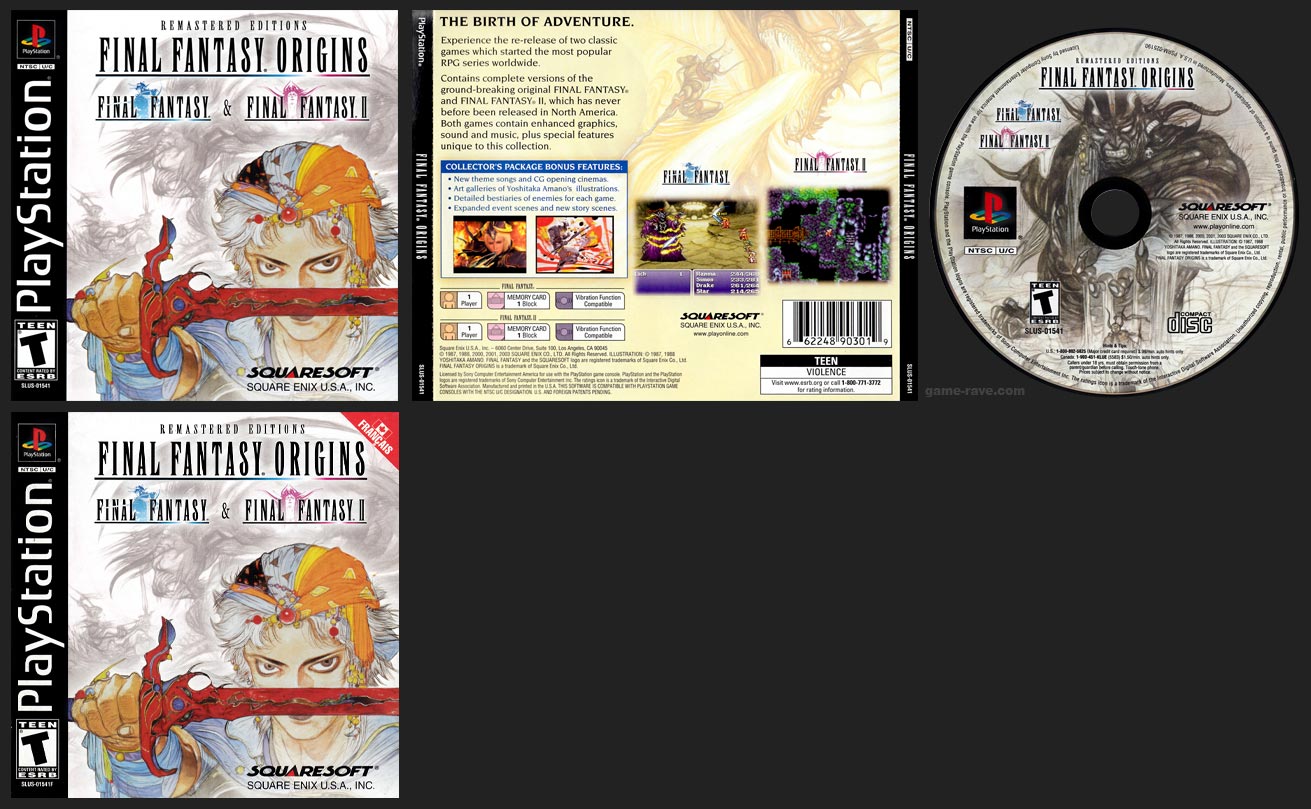 Now we have the “Silver Bottom” variants from the Square-Enix Store. Along with several other Squaresoft titles, FF Origins was reprinted on standard silver disc media – not the usual blue / black dyed discs as usual. These Silver reprints haven sold for years and directly from Square-Enix. There are at least two known print runs.

The first one looks exactly like the original Greatest Hit print run, except the the right-side copyright text is a little thicker / bolder.

With the second known silver print run, the manual and back insert’s Greatest Hits “green” is a bit darker, as is the manual’s back artwork. However, the disc’s right-side copyright info is now back to being the thinner font of the original Greatest Hits. In fact, it’s even thinner!

Secrets and unlockables for Final Fantasy 1.