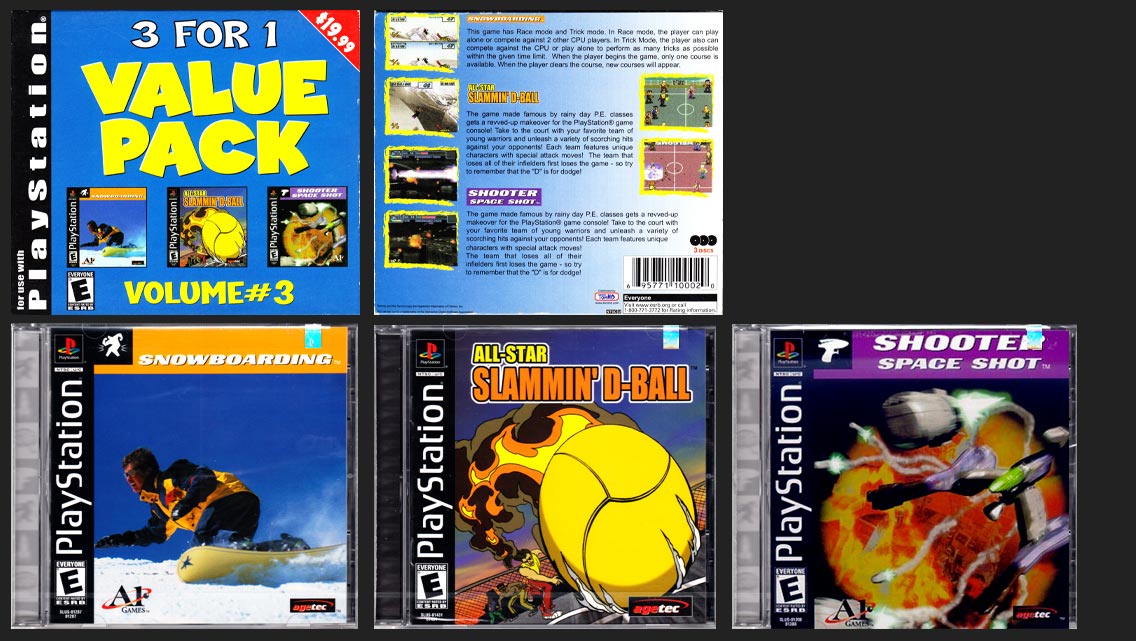 Tommo 3 for 1 Value Pack Volume #3 contains three of Agetec’s retail releases: Snowboarding, All-Star Slammin’s D-Ball, and Shooter Space Shot. These are the actual retail releases, not a Collector’s Edition like Sony’s version. The outer package has no official SLUS designation, but it is an official publisher release.

Snowboarding – There doesn’t seem to be any difference between this and the individual release.

Shooter Space Shot – Appears to be the same as the individual release.

There are no known variants of this 3-Pack. It should be pointed out that the back of the cardboard sleeve has an entire paragraph typo. Shooter Space Shot’s text was just All-Star Slammin’ D-Ball’s text copied over.