Like every other Grand Theft Auto, London includes a poster that acts as a map of the city. The expansion pack’s scope isn’t as expansive as the base game, but it’s still darn big! 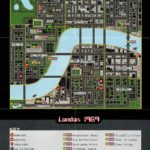 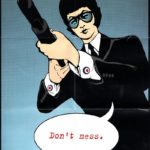 Grand Theft Auto Mission Pack #1: London 1969 got a mention in the then 20th Anniversary video for it’s act as the lone expansion disc in the United States.