Under the official variant banner, we have the good old Greatest Hits Release. Aside from the ESRB upgrade to E for Everybody, nothing really special here.

Greatest Hits Release (E for Everybody)

There’s also a Greatest Hits disc print where the ink on the disc is much darker. Possibly an ink saturation level issue in the art file.

Under the unofficial banner though, we have a wonderful bundle for the fishing fans. Natsume and and SVG Distribution teams up with my old friends Interact Accessories to create a pack-in bundle release. The box includes the Greatest Hits release with Interact Accessories’ fishing controller.

What’s curious is that this isn’t sold from the game angle, but from the controller’s. The spine of the box calls out all the other fishing games you could use the controller with at the time of release. 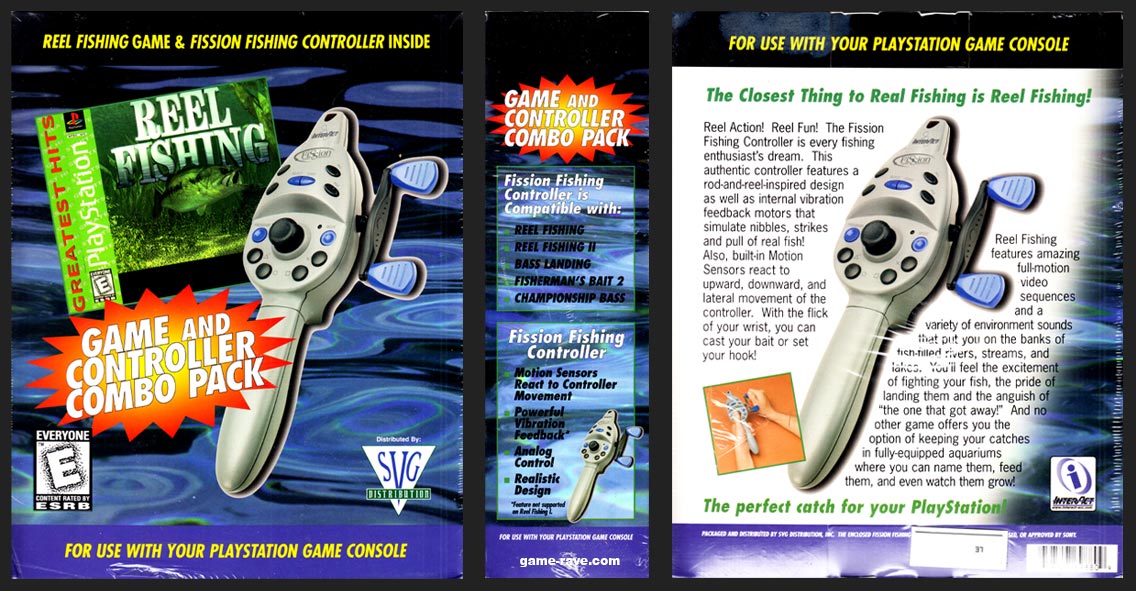