The first variant is just the standard retail release shown above, but with an Electronics Boutique $5 off coupon gently glued to the sleeve with four dabs of now-dried-for-20-plus-years glue. The coupon was underneath the shrinkwrap and shown below.

The coupon free of its shrinkwrapped prison. Note the long-dried glue spots.

The second version is from the PlayStation Underground and shipped to subscribers. It’s a tri-fold cardboard sleeve with a nifty gimmick to it. 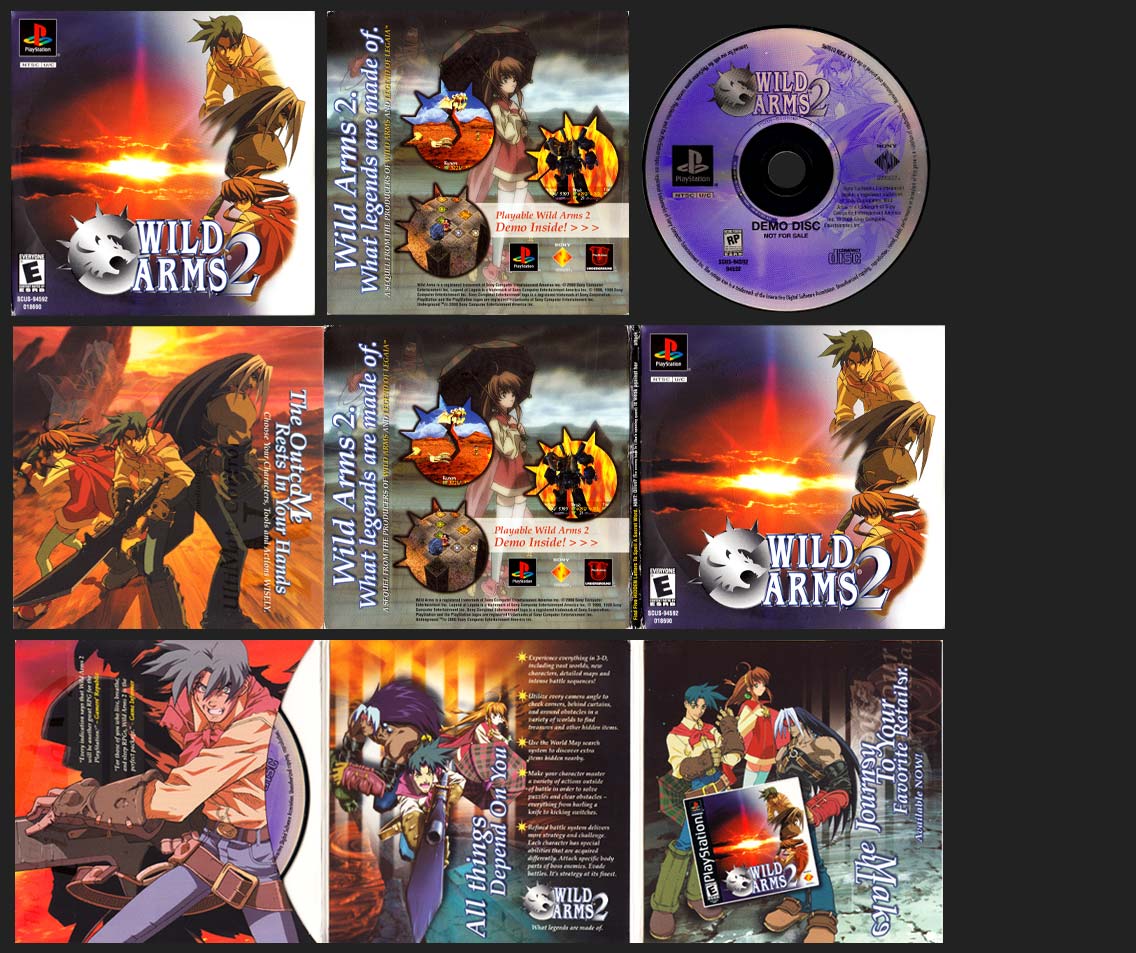 On the extremely thin spine, there is a Quest and Riddle:
Find five HIDDEN Letters to Spell a Secret Word. Hint: Oliver (the enemy boss in Lilka’s opening quest) is weak against her ________ attack.

The gimmick comes in the packaging’s use of clear gloss patterns. If you look at the featured sections below in direct lamp light and tilt the case, you’ll see the glossy messages reflected. The 5 sentences read:

Since I already ordered them for you, it spells out the answer  that “Flame” is Oliver’s weakness. 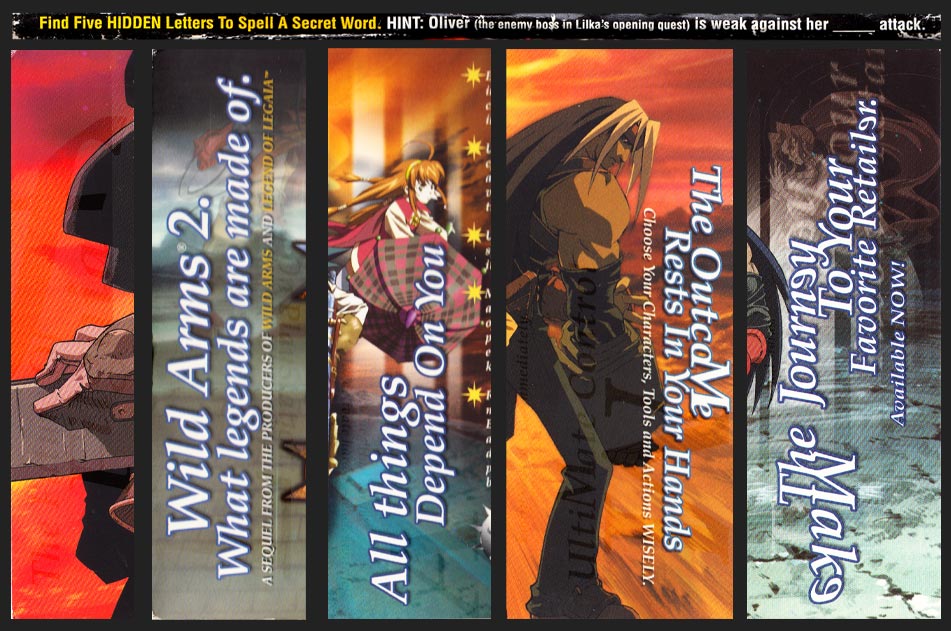 This contains a demo for Wild Arms 2.

A rather impressively long demo based off of the three main characters. As you progress through each story, you’ll earn character specific abilities, like Ashley’s knife toss or Brad’s kick.

The game map is divided into ‘dungeon’ like areas, such as ruins or forests, and then the main world map. Once you get the map, you’ll be able to reach towns and the like. What’s nifty is a search sonar allows you to scan the area and find small trinkets and treasures. Even more interesting is that towns you have not been to will not show up unless you discover them with the sonar.

Added to this is a rather amusing inclusion of anime inspired in-jokes. When Brad first uses his Kick Ability, and tackles his first boss, there are several ‘three-peat’ sequences showing the shot from three different angles.