Today in the Living History Project we have two different directions to discuss.

In the first release, Alundra 2 has an uphill battle against the original release. Gone are Working Designs‘ flashy covers and crazy variant covers. Activision takes a more mellow approach but does provide new difficulty levels and a new opening movie for the US Version. 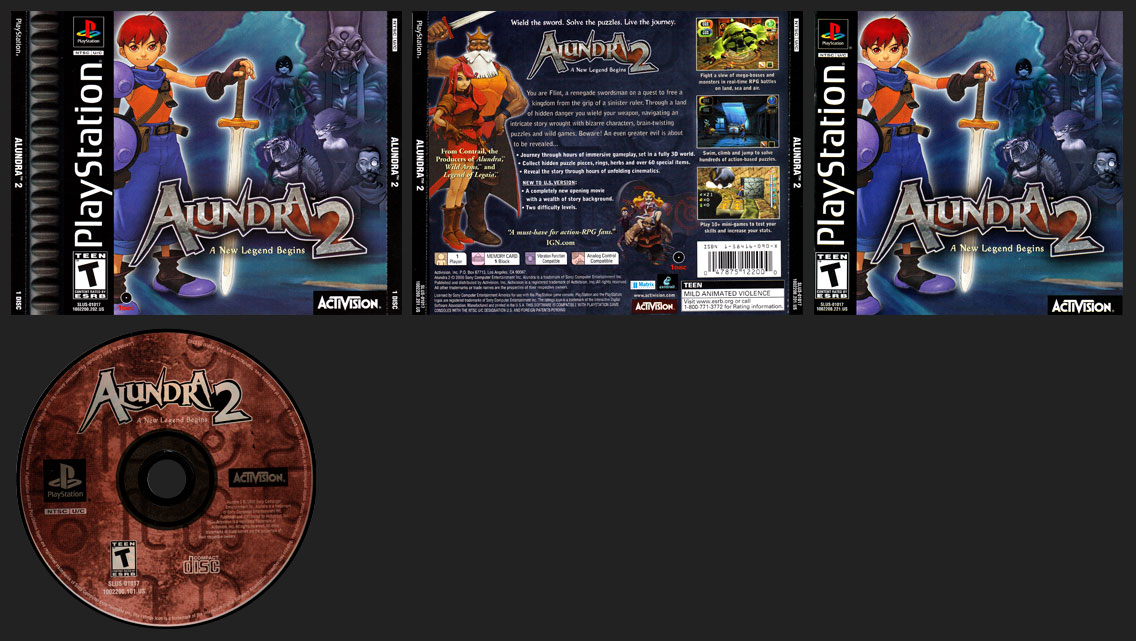 On the flip-side of the releases is The Flintstones: Bedrock Bowling. This is quite the shocker. Done by Adrenaline Entertainment, the same folks that created the fantastic Brunswick Bowling series, have released a bowling game that isn’t a bowling game. It’s skiing but inside a bowling ball. I’ll save my reactions for the review…but…why?