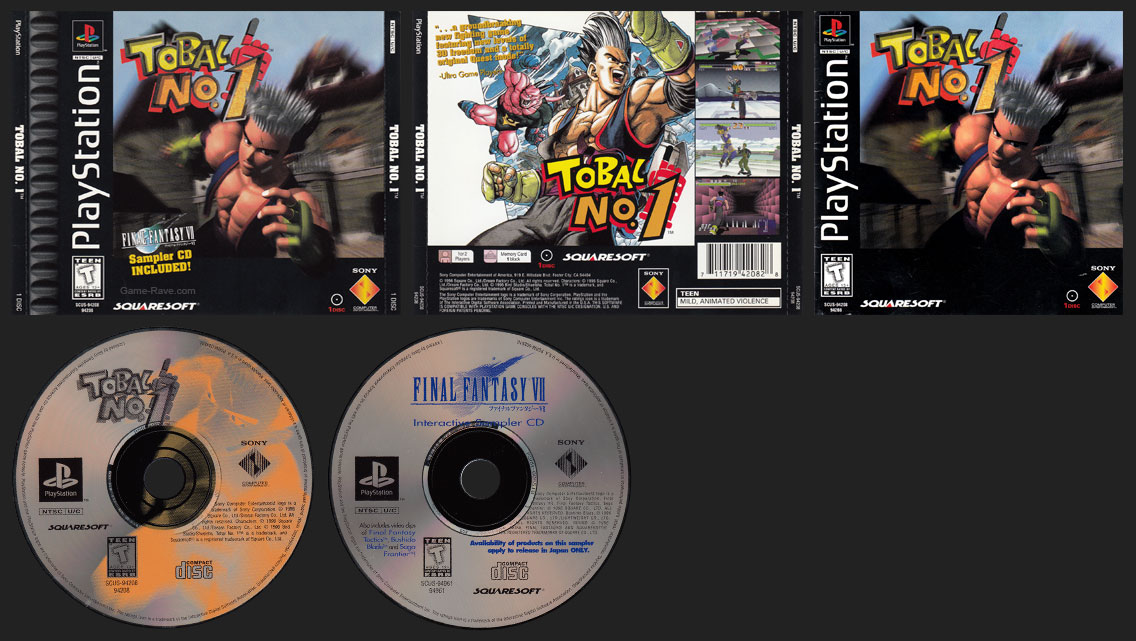 The game curiously displays the single disc icon, acting as if the Final Fantasy VII demo isn’t included. No known variant of the game exists where it didn’t have the demo.