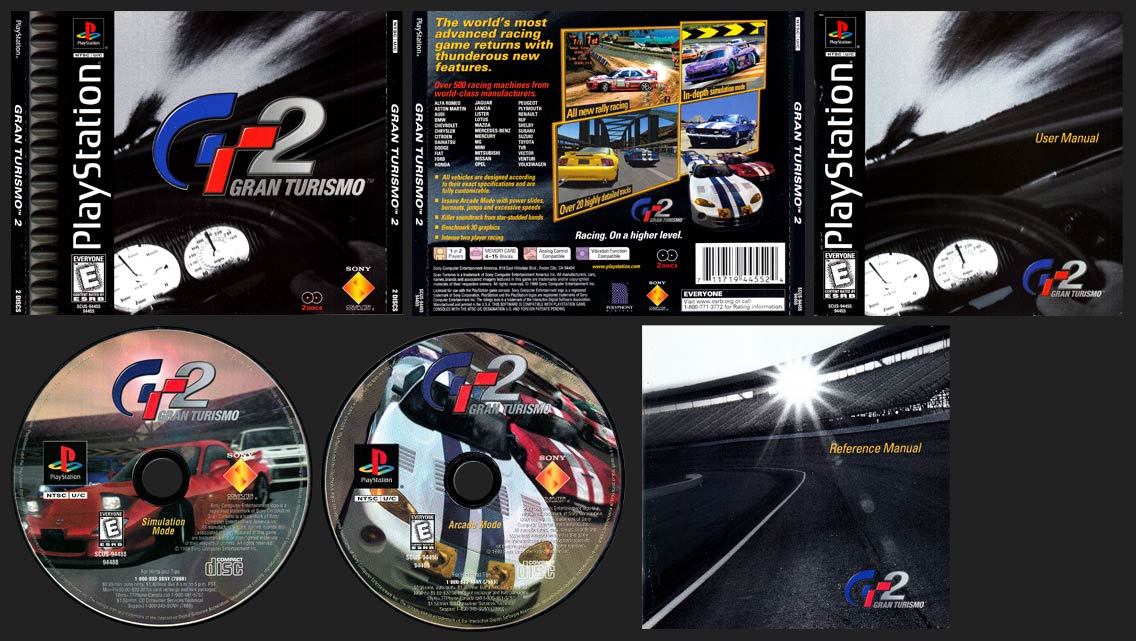 As mentioned in the Letter Lament episode, Gran Turismo 2 was plagued with several bugs, including a “game ending” bug that in reality was a completion bug. Due to not recalculating percentiles after removing a drag racing feature, a complete game only shows as roughly 98% done. Sony re-released it with corrections as a 1.1 version.

Sadly, there’s no real clear way to spot the discs. The 1.1 I have in my collection has a slightly more neutral print coloring (notice how much more red the cars are in the above original release. Right now the only way to 100% confirm is to either compare notes at redump.org or use GameShark codes. 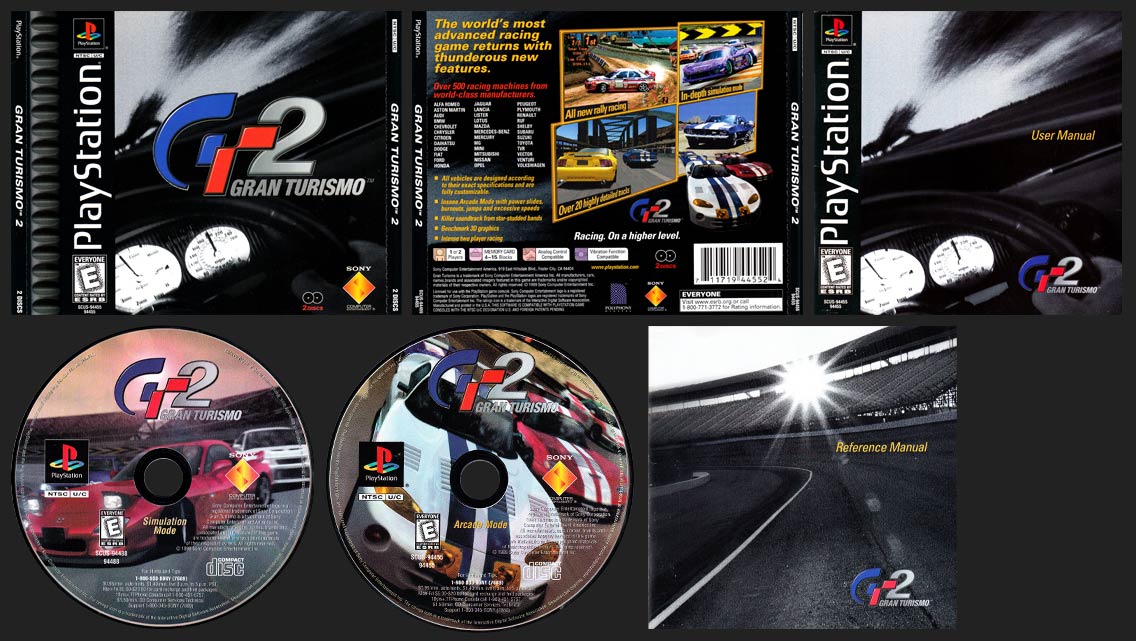 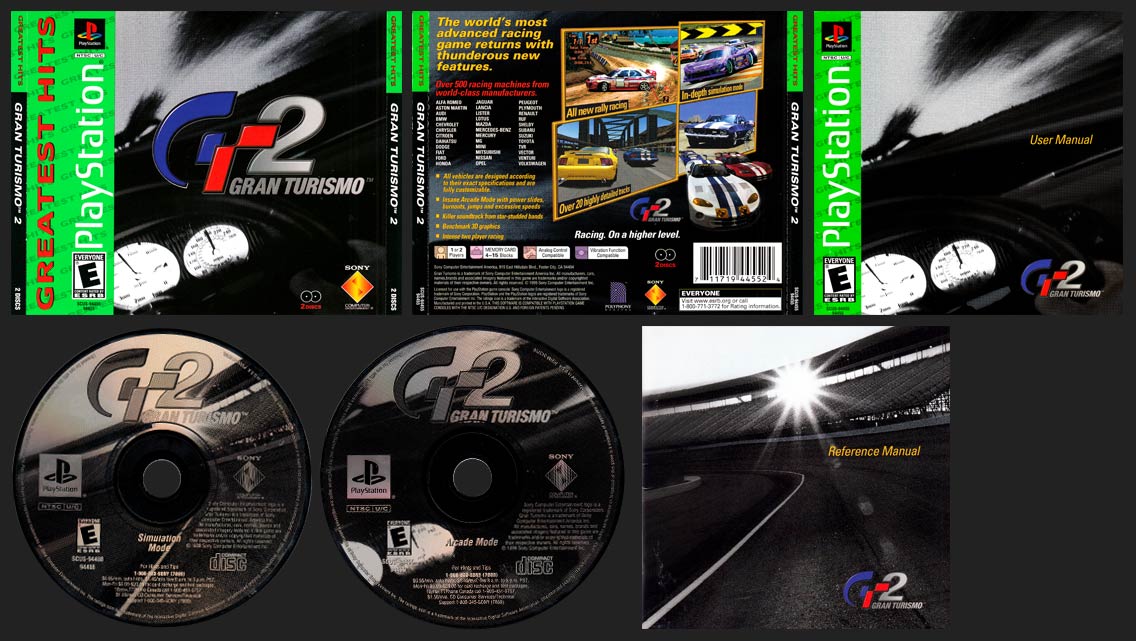