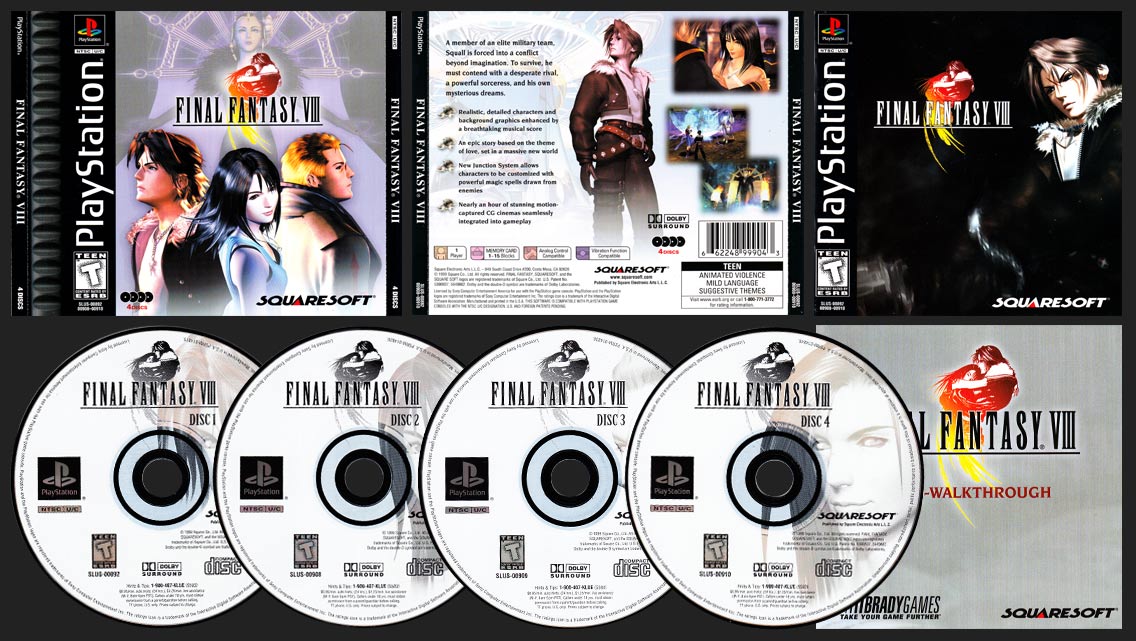 It should be pointed out that there may be a missing variant, but I haven’t be able to find out a way of confirming it. The original Day 1 releases of Final Fantasy 8 included a Mini-Guide from Brady Games as a bonus. At the moment, all known variants are Greatest Hits, and none of them came with the Mini-Guide. The question is if there was a second printing of the black label release without the mini-guide. I can’t recall ever seeing a sticker calling out the free guide, so for now, the answer remains unknown.

That said…VARIANTS. The first Greatest Hits was the usual GH treatment. 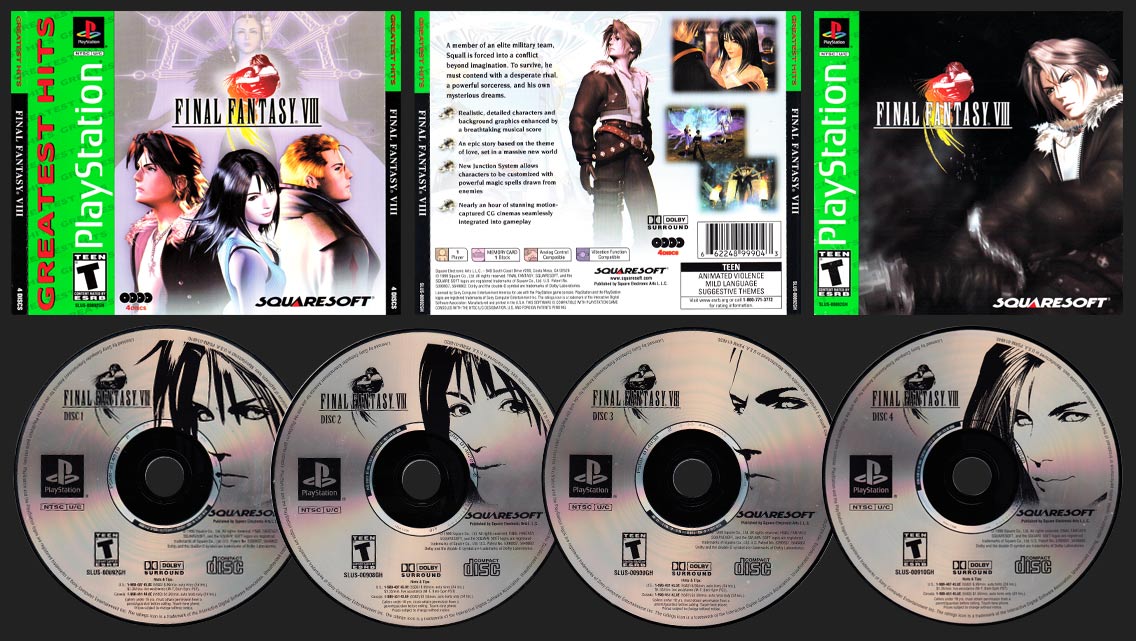 The next release was reprinted to update the company logo to the then newly merged Squaresoft and Enix. With the merger, it meant there was no need for Square’s publishing partnership with Electronic Arts. Note that from here on out, all PSRMs now end in “1” rather than “0”. 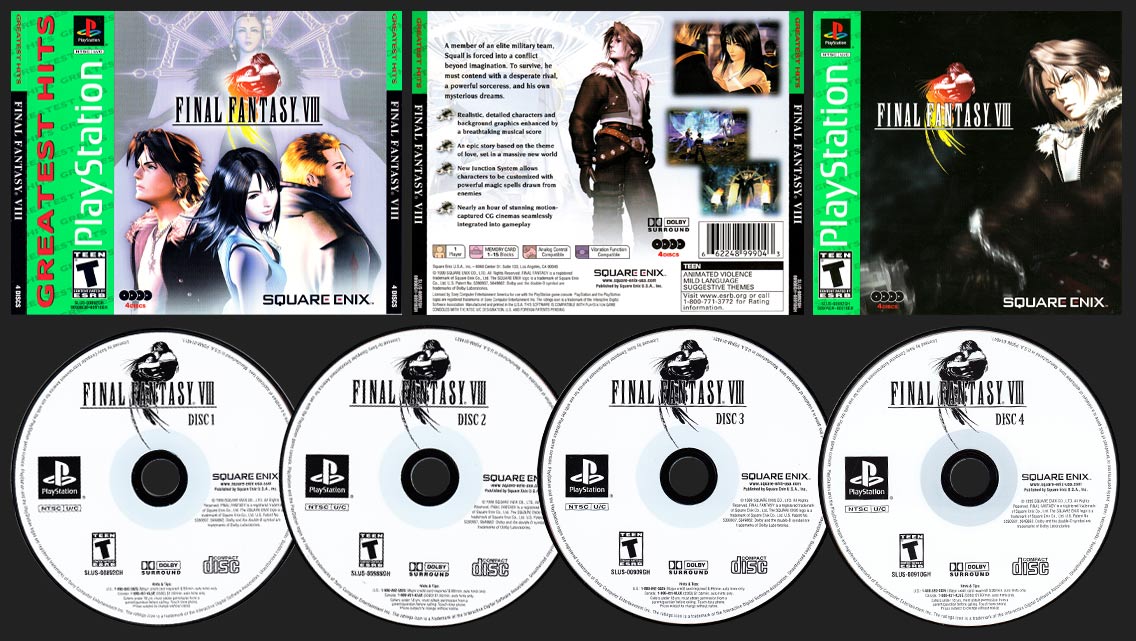 Next up on the variant train, the back copy of the packaging was updated and somewhat re-organized. 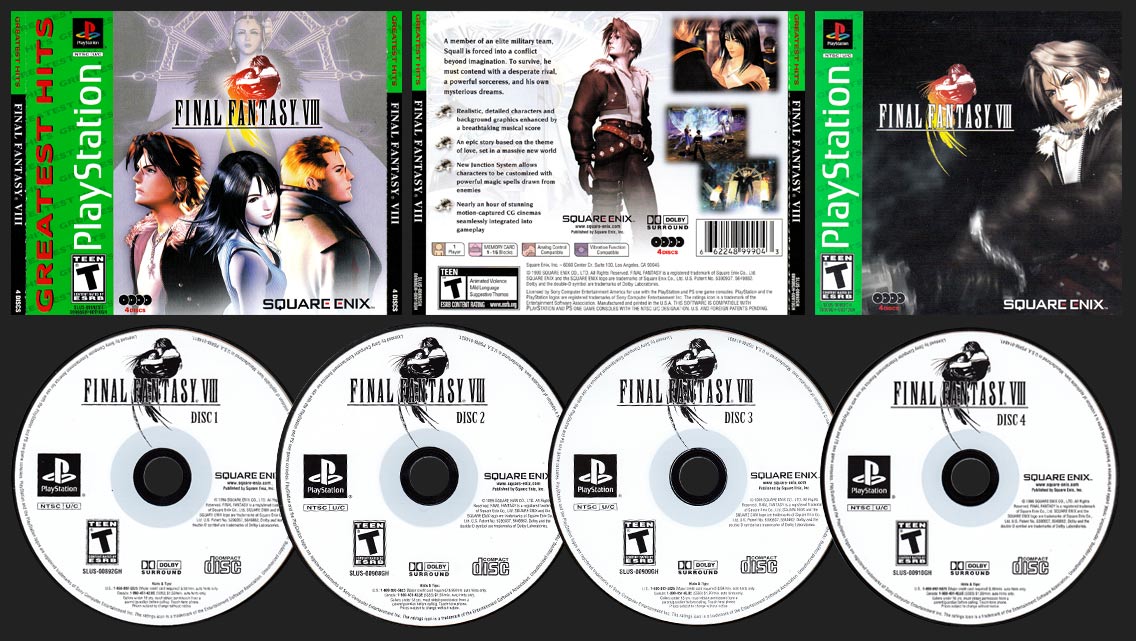 Lastly, the game was republished years later for sale on Square-Enix’s online store. Because Sony was no longer manufacturing PSX games at the point, there was no black dye to be had, so the game discs are official “Silver Bottom” variants. 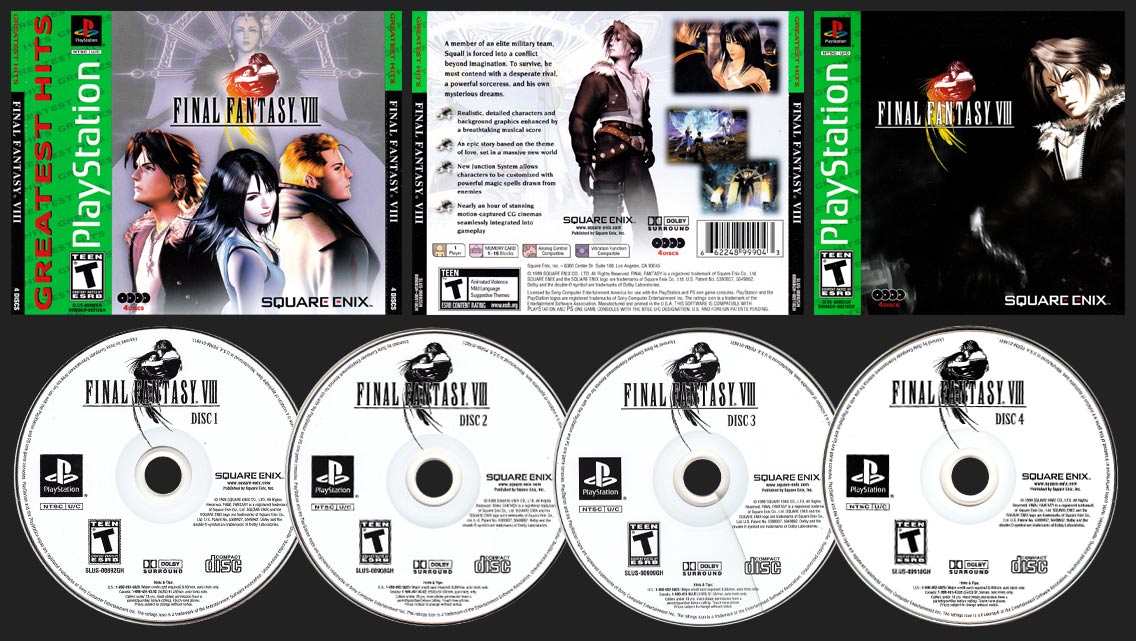