Soul Reaver has one of the more…fun…set of variants if you like this kind of thing, due to the variety spread among them. To start, the game was originally released with a Teen ESRB rating, but with the ESRB re-categorizing how certain game elements are handled, it was changed to a Mature rated game. This required special decals to be placed over the case’s ratings.

It should be noted that despite both base games being the exact same release, the small fine print on the sticker version is slightly yellowed to the original case’s white. This may have been a second printing with the Teen rating that was caught before going out. 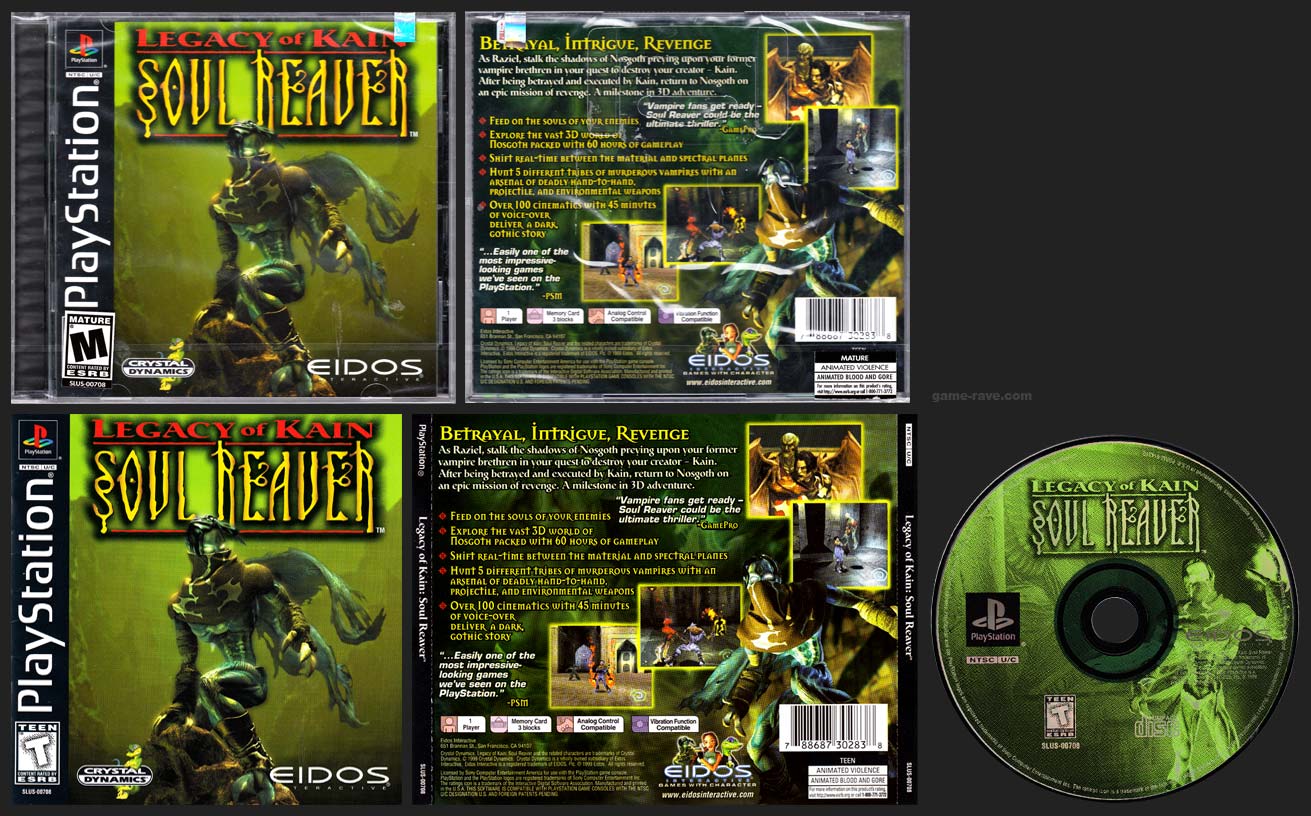 The ESRB change was actually printed on the first Greatest Hits release.

Then Crystal Dynamics completely changed their logo, so the artwork had to be updated on the next printing set.

Finally, it was re-released as part of the 3-Pack Collector’s Edition. Except the graphic designer forgot to update the ESRB to Mature – which means they grabbed the original black label release disc art file and not the Greatest Hits one!