THQ’s Vs. had a very turbulent life in its original release time frame. In some ways like its subject matter, the game went through some radical changes as its home turf changed. That’s where the story begins.

Vs. isn’t a new game – at least not entirely. Developer Polygon Magic, Inc.originally developed a game for Taito of Japan called Fighters’ Impact. Originally an arcade game and then exclusively ported to the Japanese PlayStation, THQ had a different idea for the game’s eventual port to Western shores. Rather than dump it off as-is, the game would be stripped to its core engine and rebuilt from the ground up for the American audience.

The first thing removed was Fighters’ Impact’s razor thin storyline that was supported by a bizarre opening cinematic and even weirder loading screens. These were replaced with a more focused attention to street gangs and their rivalries in the opening trailer, with a simple sliding tile puzzle game taking over the loading screens. 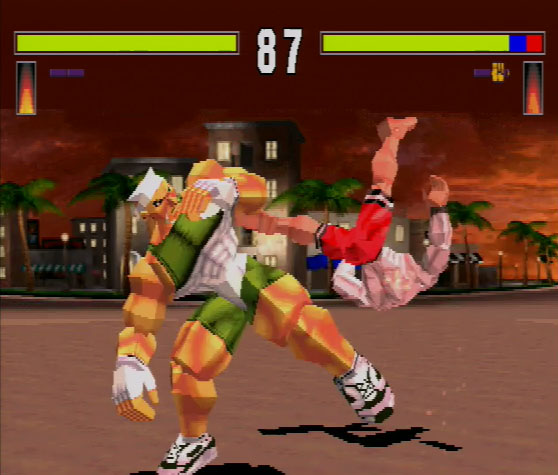 Japan’s roster of fairly stereotypical characters and stages were replaced with American archetypes and more urban focused areas. Of particular mention is how the original’s graphics were slightly more reality focused, where THQ went after an anime-inspired style. This change in scenery and cast members provides a much blockier set of visuals, but oddly more charm than the source material.

With that introduction out of the way, let’s get down to the major changes. Gone are Fighters’ Impact’s 8 characters with three fighting styles each – replaced with 4 gangs of 4 fighters each. The gangs have their own three stages, combined with exclusive stage variants set aside for the leaders. Depending on the game mode the player chooses, they’ll either have to fight just one gang, their own gang, or use one member to take on all 20 characters.

The most eye-popping thing about Vs. are its anime inspired graphic style. Character models are intentionally simplistic and the textures cartoonish. Similar to the Street Fighter EX series from Capcom, but with a bigger attention to the animated American stereotypes. Combination damage and hit counts are illustrated at the point of impact, which is a nice change of pace. There’s also a very consistent, high resolution look to everything. It’s bright, sharp and fast moving. 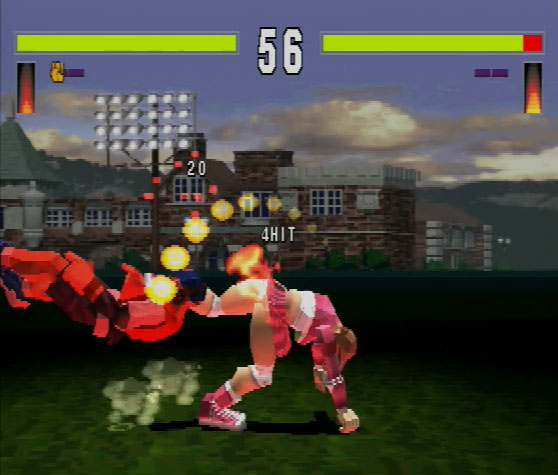 Sprinkled throughout the game are nice little visual touches. The teacher O’Doul has a “Kick Me” sign attached to his backside. There’s a basketball that can be dislodged from a net and bopped around the stage as you fight. Lighting effects once used for a sewer have been repurposed into a color cycling disco dance floor and more. Of note is how the 4 gang bosses each have their own version of a particular stage, including the changing of subway car lights or the time of day.

If there were a single criticism with the graphics, it would be how some stages didn’t take height into account. Knocking an opponent into the air or off the stage reveals that the backdrops don’t extend past the general camera position. Ugly truths like how the subway stage has no tracks or how the beach sky abruptly stops don’t do the animation design much favors.

The more peculiar angle of the conversion is the soundtrack. THQ licensed several bands including Suicide Machines and Razed in Black to fill out the aural environment. Character voices are typical grunts and groans, with some decent impact effects and environmental shifts. Of particular note is the echo effect in the subway station. 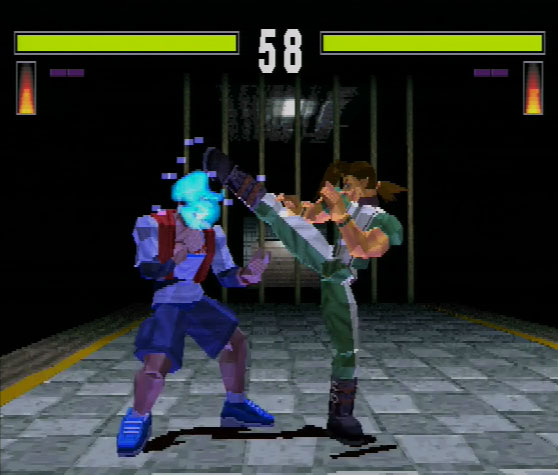 Control is extremely simple, going the route of a 3-button fighter with Punch, Kick, and Evade. Certain button combinations along with adding in simple joystick motions will open up character exclusive moves and shared special attacks. Moves come out consistently for the most part, and like Tekken, hilarious juggle combos can be performed. The Subway stage is small enough to where one could juggle combo an opponent out of the ring from the very starting position.

With Vs., that ‘brand recognition’ rarely comes into focus. The appeal here is with their visual style and gang turf locations. More to the point, I didn’t really appreciate how often I wasn’t really using special moves when playing. A good sign for those who just want to play without memorizing move lists, but it’s still an issue.

Nothing really matters in the long run except for the game’s most glaring problem. Vs. can be brutally, apologetically difficult to get through. Opponent AI is scaled off the charts and worse – it’s aggravatingly consistent. Computer controlled opponents will almost always perform 5-hit or higher combos on the player, depleting their health bar in the opening seconds. Roughly one member in every gang will string 8-hit combos every other assault, so defense is key. Players have access to a block and an evade tactic, but there’s something more curious going on. 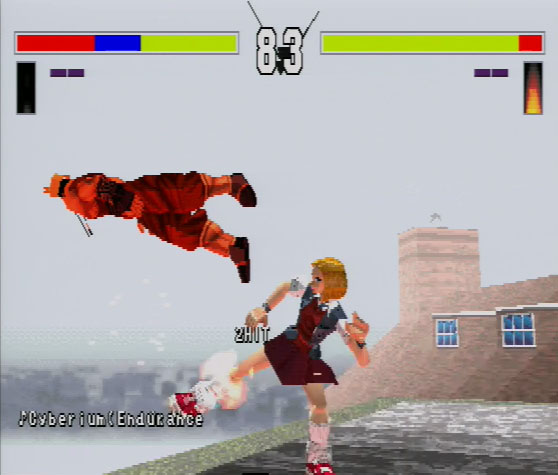 The original Fighters Impact had a Fatigue Meter – a small yellow bar that filled up as you performed moves and combos.If a player filled up the meter, they would be unable to use any attack moves for a few seconds. Designed as a way to deter button-mashers, it was completely flipped in Vs. It’s now a Defense meter. If the flame is high, it will be easier to block or counter an attack. If it’s much lower, the player is much more susceptible to offensive moves.

In terms of which fared better in the long run, had Vs. stuck with the Stamina meter the AI would be far more neutered in its brutality. Of all the missteps in the final product, this was probably the most glaring.

A final critique point would be the game’s descriptive terms. The Survival Mode pits a single gang member against all 16 characters and their respective gang leaders. Once finished, a short text description of what happens to each of that gang’s members scrolls by. That’s not a Survival Mode, that’s a Story Mode. Challenge Mode is more of a Mirror Match. Here players will need to choose a gang member and then defeat all 4 of that gang’s members. This will open up the hidden gang leader. Defeat them, and they’ll be playable in Versus mode. Rumble Mode pits one gang of four against another, with the first to beat the other 4 fighters being the winner. 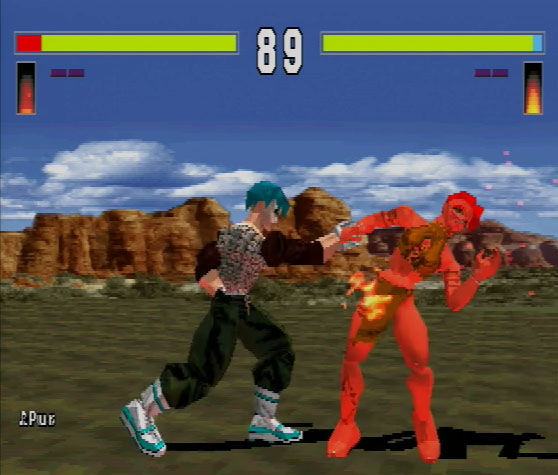 So in the end…what are we left with? In the game’s original launch window it was coming out after Tekken and Street Fighter had already staked claims in the genre’s landscape. Game journalists at the time brushed it aside as too little, too late. From a modern perspective, the game does have some credibility to it. It’s not a bad game – but it’s definitely not a fully realized one.

Had Vs. been given just a little more to work with, like a Difficulty Setting, or perhaps an extra Attack button to allow more variety between cast members, it would have had a better leg to stand on. I find the character designs likeable in a goofy way, the stages have a great variety to them, and the action is non-stop. But after all four bosses are unlocked and Survival Mode plowed through a few times, gamers will have seen all they could possibly see outside of playing with a friend.

On Game-Rave.com’s review scale, it’s an average 5 out of 10. Give it a whirl and see what you think – just bring along a GameShark for Infinite Health. You might need it.

Vs. from THQ tries to re-write an existing game into a more American friendly version, but there’s less gang for the buck. 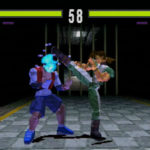 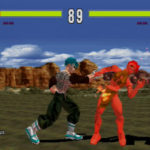 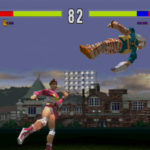 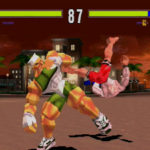 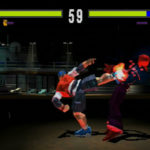 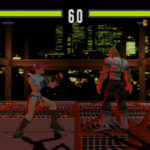 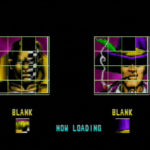 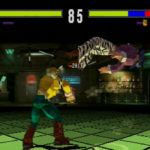 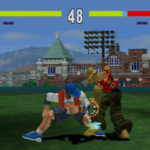 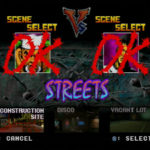 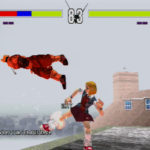 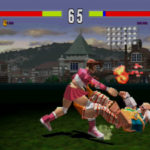 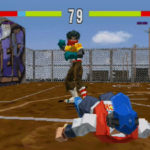 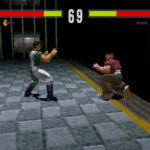 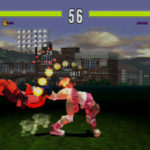 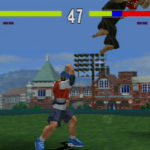 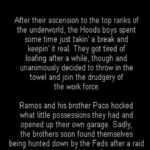 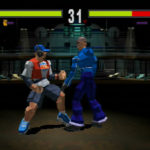 Secrets and Unlockables for Vs.