Mattel’s princess of the cash flow, Barbie is at it again. Specifically, Detective Barbie: The Mystery Cruise – one of five Barbie games available for the system. In this 2000 year release, the blond ambitions of our favorite every-girl bring her to the middle of the ocean while she investigates the theft of three art pieces. Said objects were wrongfully removed from a cruise ship and hidden among the three islands that surround the cruise liner. Using her detective tools and wits, Barbie must quickly find the culprit before its too late.

The game starts off in the ship’s art gallery where Barbie and Ken go over what’s currently wrong . Behind them is an empty display, missing a head piece, a painting, and an object that rests on the right side podium. From there Barbie will need to explore the ship and talk to all passengers and crew on board to gather clues. As you move around the ship, you’ll also pick up physical clues like a captain’s hat and will need to lift finger prints off of locations as well. 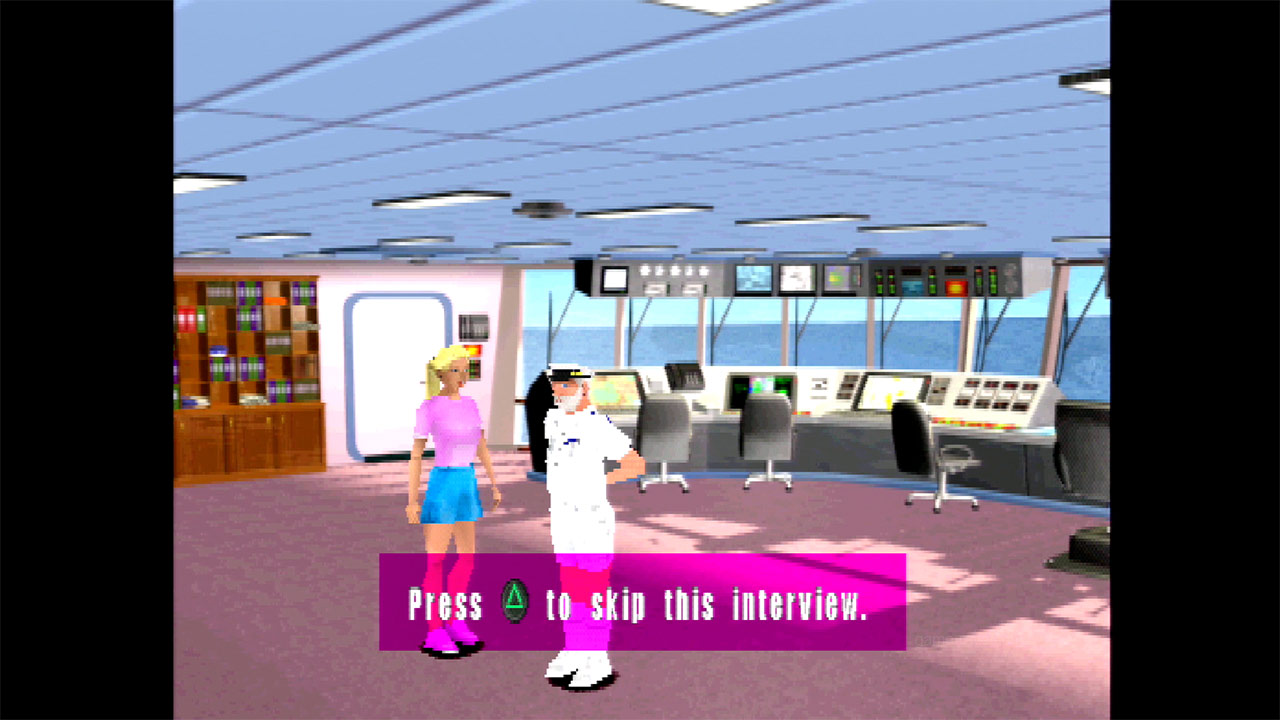 This is where the game actually shines, as it gets you involved in the process of actual fingerprinting, just simplified for it’s target audience. Using a set of modified accessories, Barbie uses an infrared lipstick to first find the fingerprint, then the powder from her compact to dust, and finally the camera on her cell phone to record the newly found finger print. These partial prints are then stored in the Barbie-Computer, and once you acquire all of them, must correctly align them to discover who the suspect really is.

Aside from the gadgets, other tools that come into play include a spade, compass, and treasure map to find one of the missing art pieces, and a key to gain access to one of the cabins. This leads us to the game’s locations. Starting here on the ship, you’ll have access to the art gallery, dining room, both sides of the cabins, the bridge, and the always important pool. Once you’ve uncovered all the secrets here, you can hop to the 3 different islands to play various mini games and gain access to the missing treasures or other little trinkets. These include riding jet skis, flying in para-gliders, an odd unintentional remake of the 2600 game Fishing Derby, and then the cruise ship standard shuffleboard. 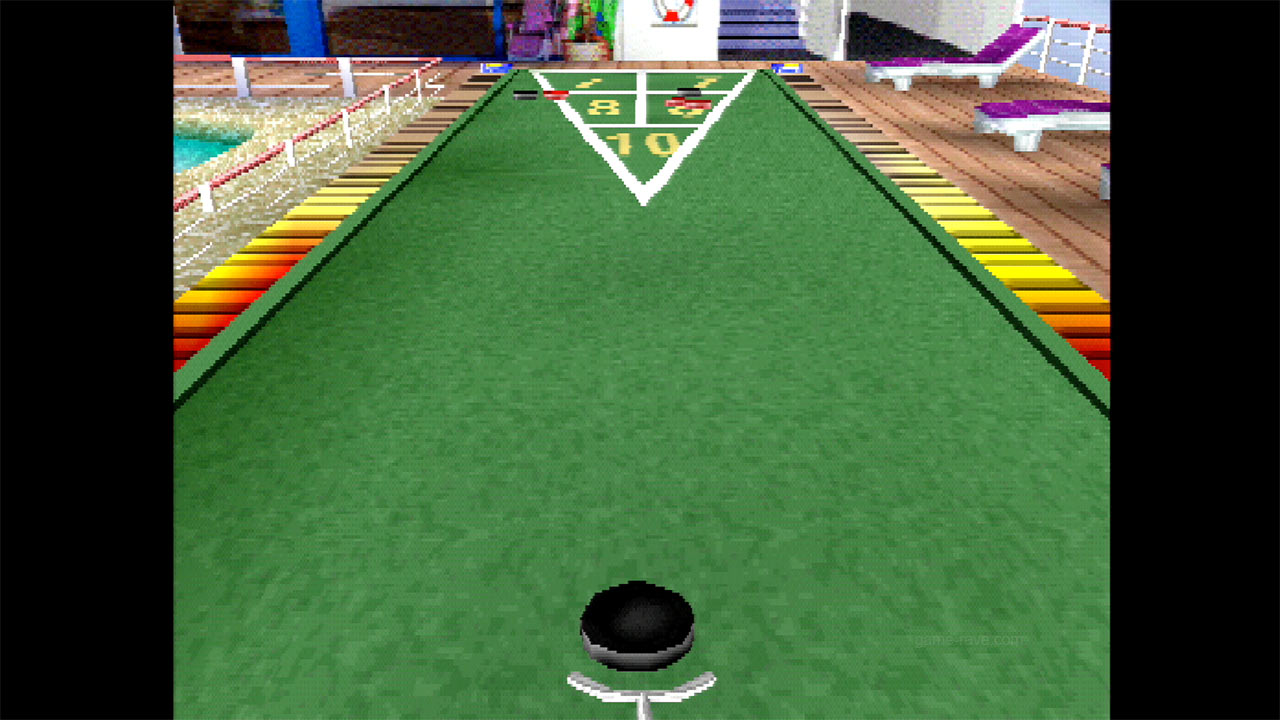 The mini-games are pretty well done, both graphically and control wise, which makes one wonder why the rest of the game seems so phoned in. Visually it plays like Resident Evil but with normal controls, where up is up and down is down. The boat, while appearing to be rather immense and multi-leveled, only really gives you access to the main floor’s worth of areas. The three islands live up to their names as there’s only two to three screens available for exploration. Even more annoying, finding the missing artifact on the 2nd island sends you back to the boat automatically, forcing you to return to finish up any item collecting.

Once you acquire the final thumb print, the suspect takes you on one last spin around the para-glider and jet ski mini-games, after which Barbie corners the criminal and the final cinematic plays. A nifty aspect is that the game will randomize who the evil doer is each time, so it does have some replay value. The caveat to that comment is that the only real useful clues are the fingerprints, so it’s essentially a game of playing mini games as fast as you can to see who the random culprit is. 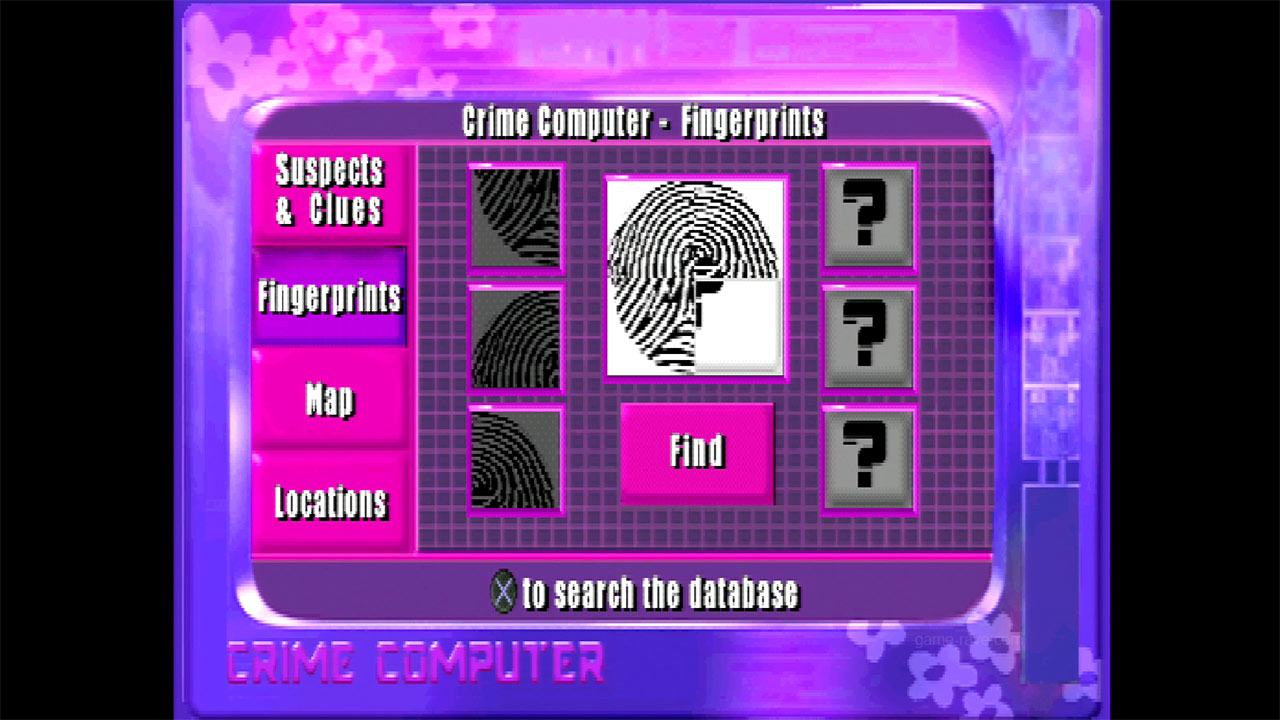 For everything that the game does well, there is an equally bad or worse problem that buries the good stuff. As you’ve already noticed thanks to my intentionally leaving them in, the load times are atrocious. Unlike other games that will sneak a few small areas between loading screens, Barbie must do so between every room. Every. Room. When you switch to the mini-games, you’ll actually sit through a load screen that’s loading a different loading screen since the game needs to swap out engines. It turns what is essentially an hour or so worth of gameplay into about 3 hours. To make things worse – when Barbie needs to vocalize something, her in-game avatar comes to a complete halt. She literally cannot walk and talk at the same time – something I’m not sure was a subtle blond joke on the developers part or considering the amount of load times, perhaps an affect of the game not being truly optimized for the hardware.

There’s a final problem that may not be so easily tossed aside, as I am clearly not the target audience here. When developing a children’s game, there really shouldn’t be a difference in how it’s approached compared to a grown-up’s game; you want it to be fluid, easily digestible, and most importantly, engaging. Along with the awkward inability to walk and talk, whenever Barbie engages with another character, both of them just stand there, motionless. I’m going to safely assume it was meant to allow the child gamer to focus on what is being said, but then would they even be paying attention when it looks like Barbie isn’t either. 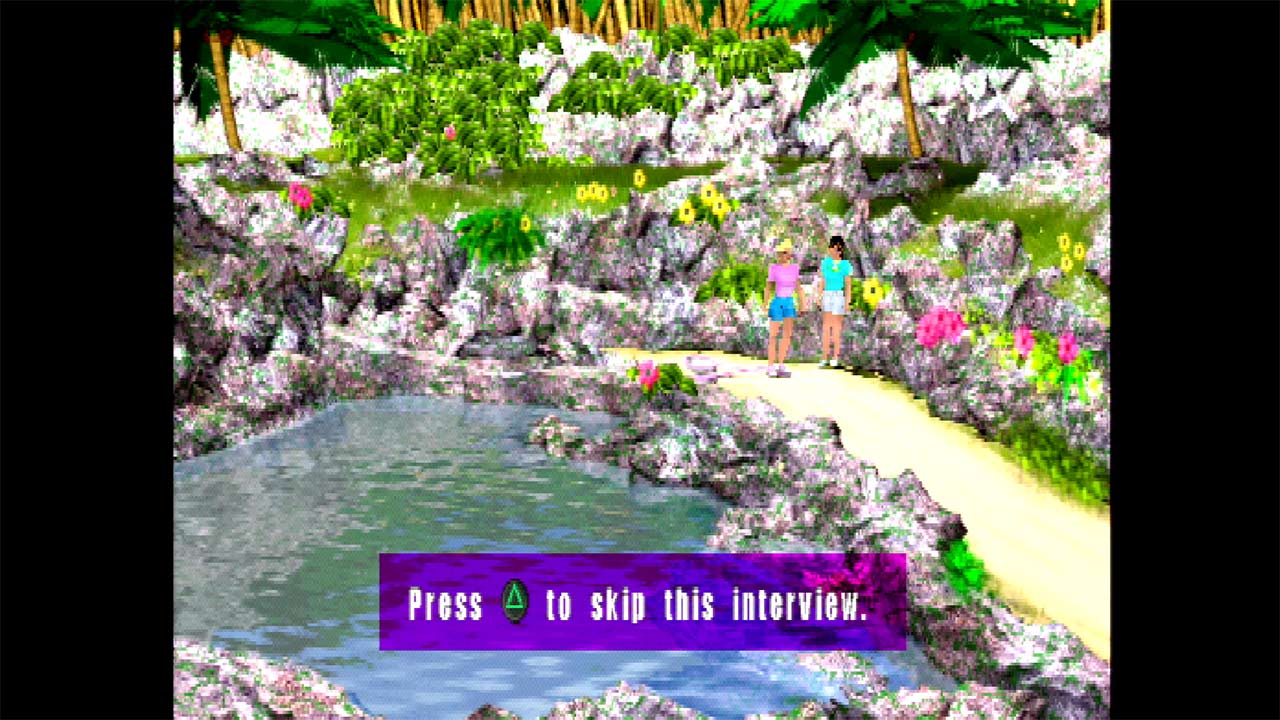 To add to that, everything in the game is explained verbally…everything. Many of these explanations go on for way too long. So long in fact, that I couldn’t tell you what was said about any of the Barbie computer parts as it was quicker to just press buttons and sort it out myself.

In the end, Detective Barbie has a few things going for it, but weird presentation oversights and loading times that almost surpass late release Neo Geo CD disasters drag it off the list of games really worth playing. In the modern era, there are much better games, with more engagement and creativity like Minecraft or half a billion apps on a mobile device. I actually found myself enjoying it in the first few minutes, but sadly, that disappeared somewhere in the twentieth load screen.

One of the more realistic children’s games gets crushed under disastrous load times. If one can keep the child focused during those static screens, they’ll find an enjoyable puzzle solving adventure underneath.