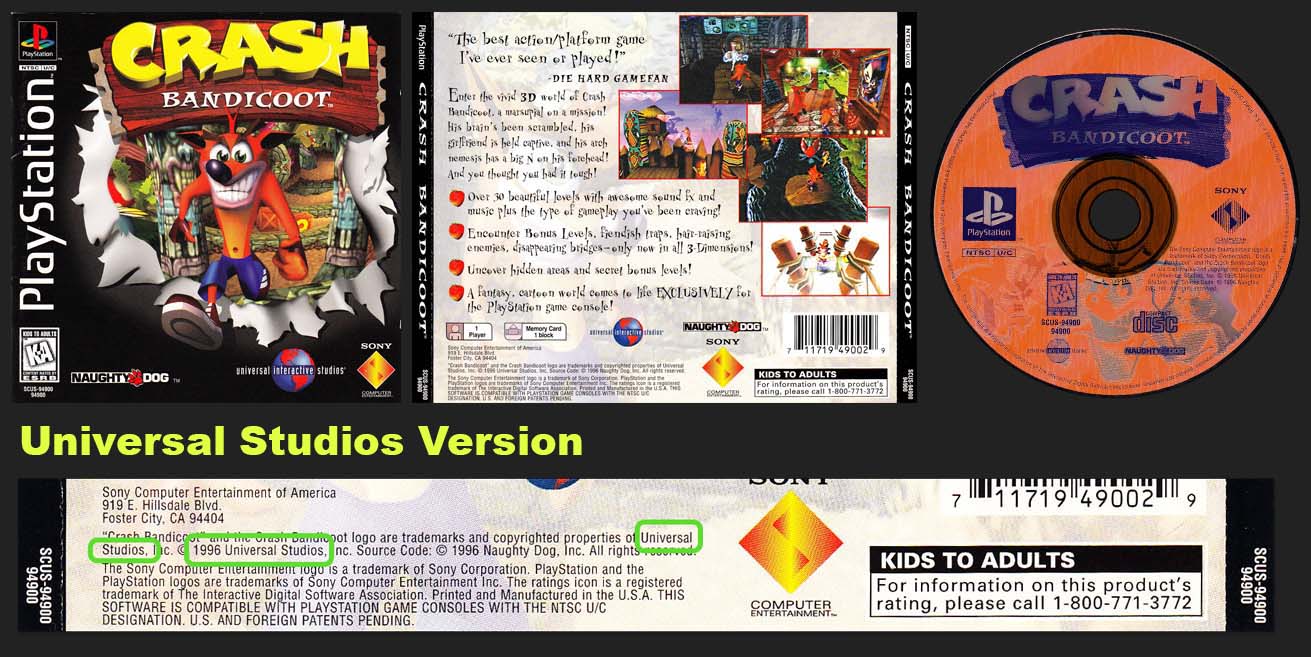 So there’s a funny little goof with Crash Bandicoot. Some prints have the back copyright insert featuring “Universal Studios” as the company – you know…the theme park. Here’s where things get weird. Thanks to our super sleuth friend, redumps of at least 5 versions confirm that the “Universal Studios” version is after the “Interactive” Version. Which means the goof is between the two correct versions (black label and Greatest Hits).

It should also be pointed out that the discs are slightly different. The correct version has a slightly thicker font with the text appearing darker. Use the color stroke around the Universal logo for easier spotting. I used my original, non-color-corrected scans so you could see it better. 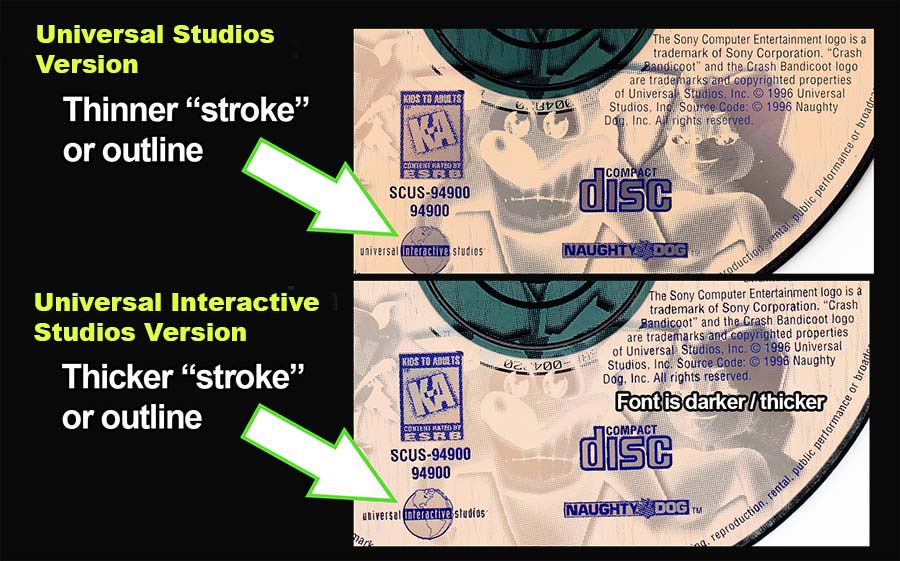 Also released to the Greatest Hits, with the correct company name.

Crash Bandicoot has enjoyed the spotlight on GameRaveTV, enjoy the playlist!