PlayStation’s Clock Tower is actually the 2nd game in the series, with the original being released on the Japanese Super Famicom. The game’s story revolves around Jennifer, a girl who survived an attack by the mysterious serial killer known as Scissor Man. Scissor Man himself is a terrifying being; their face covered by a grotesque mask, their clothes dirtier with blood and silt, carrying an over-sized set of shears that he uses to tear his victims.

When the story begins, players are presented with Jennifer’s current situation; she is part of a psychological exam that is studying the Scissor Man case and phenomenon. After a fight between her guardian Helen and therapist Barton, you take control of Barton himself. 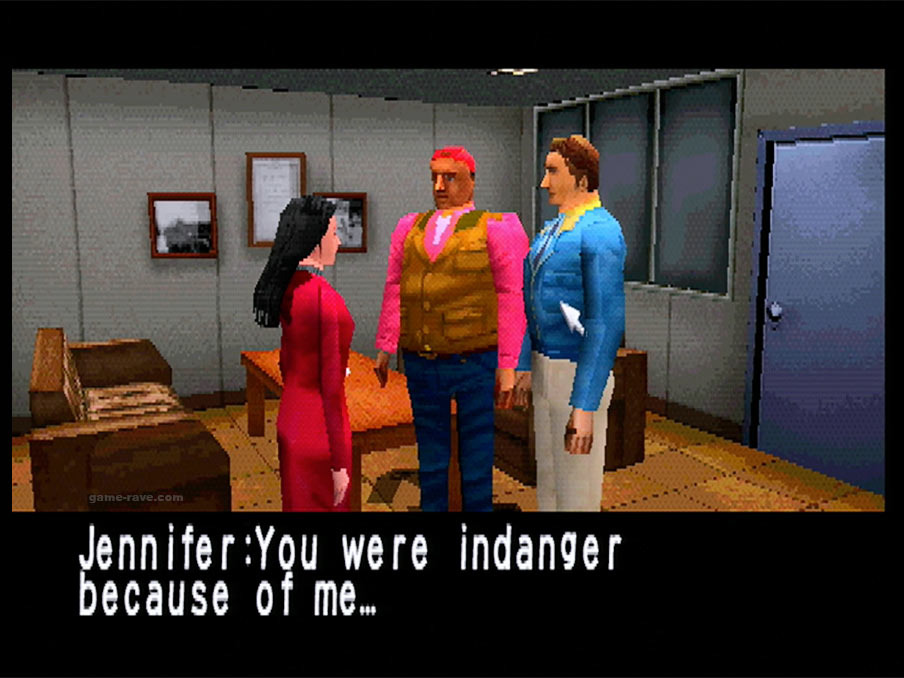 Here is where Clock Tower begins the burden of decision-making on you, with the smallest of details. When controlling Barton, when you talk to co-worker Harris in the hallway, how many times you talk to Harris will determine if you play Jennifer or her guardian Helen. Like the Resident Evil games, this choice will decide who gets interacted with, what rooms and items you will have access to, and finally determine what ending you get. There are 10 total endings, split evenly between the two women with an added bonus if no one dies on a Best Ending run.

Using Jennifer’s run as the basis of the review, Clock Tower takes the player through 3 scenarios; the Office Building, an interview at a person’s cabin, and then finally at a huge castle. In each stage, gamers must search out various items that are divided into two categories; usable and contextual.

The former are items you take forward with you into the story line; clues about Scissor Man, random objects like Keys, etc. In the first stage, both protagonists will need 1 specific item to ensure they get the best ending. Missing it will only allow for the 4 lesser endings. The latter are in-room items used to stun Scissor Man so that Jennifer may escape to the next room automatically. Objects like frying pans, canes, and even spiked walls will fall into this category. Note that these devices may only be used once per game. Once Scissor-Boy has been knocked out with a stew pot, Jenn will have to find something else to do the deed. 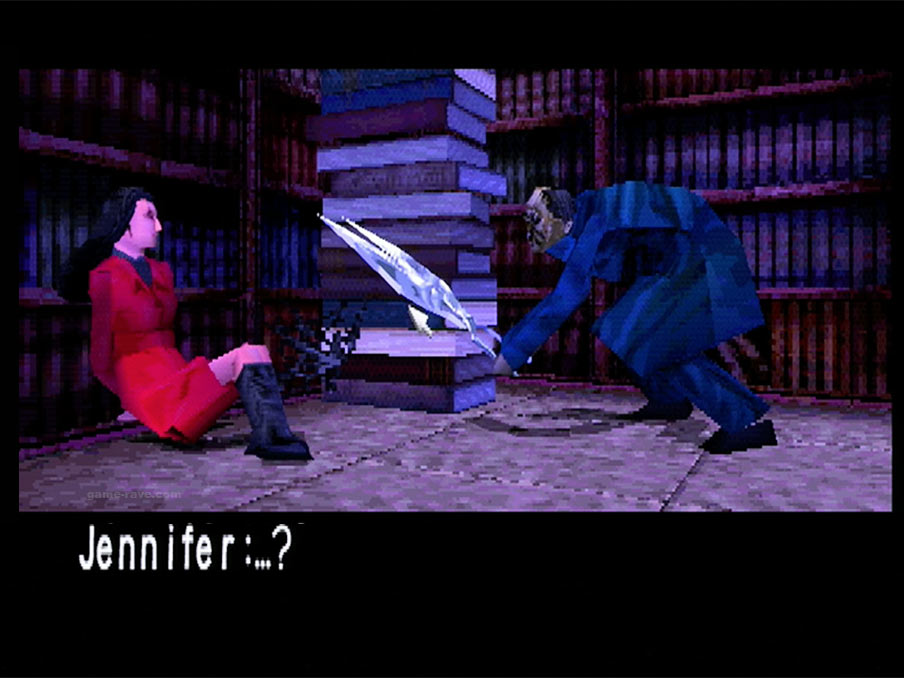 That little factoid is where Clock Tower successfully plants itself into the gamer’s psyche and does not let go. From there, the rest of the game nicely fills in the rest of the terror. There is no soundtrack to the game except for Scissor Man’s march music and minor story garnish. When the big bad man comes on-screen, he slowly slumps across the screen, opening and closing his sheers with this ungodly sound.

Players are otherwise left alone with their thoughts in stark silence, worrying about where to hide or what else could be found to defend themselves while trying to piece together the game’s puzzles. Using a point-and-click interface to maneuver around locations and interact with objects, developer Human allows the real choice of using either the controller or the mouse. There really isn’t a huge difference between the two, though the mouse would allow for more precise movements between objects extremely close to each other. I was able to finish the game using the standard controller with no real issues.

The game also has a Panic Button; something I did not grasp until I had already beaten it 3 times. The Panic Button is jammed on when Jennifer is about to die; the on-screen cursor will start flashing blue and red, and if one is quick enough, successfully hitting the Panic Button will swing Jennifer out-of-the-way. There are three total chances with said maneuver, so use them sparingly. 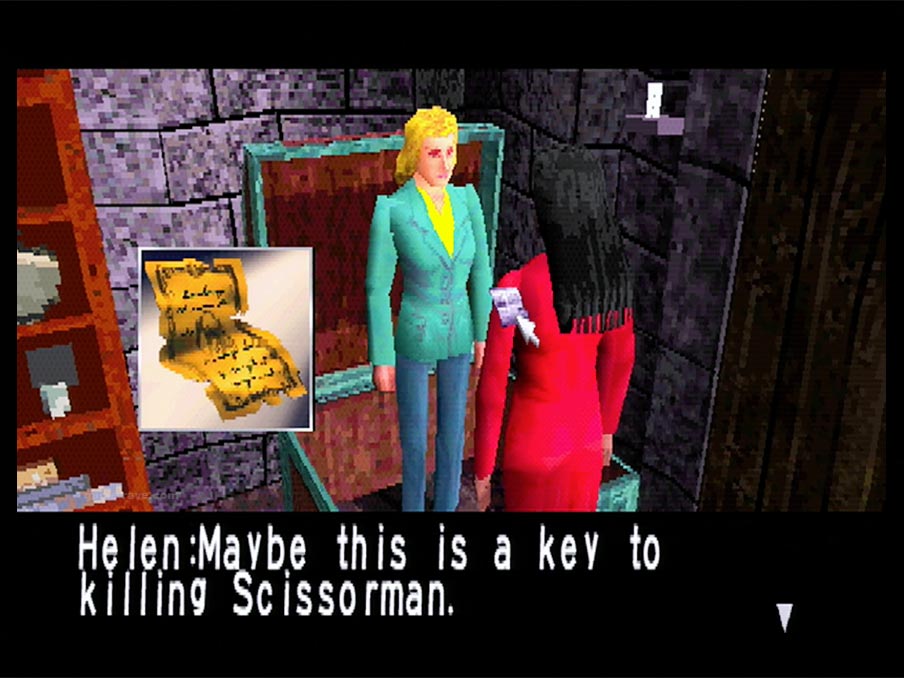 Concerning the puzzle elements, Clock Tower is almost flawless except for two small kinks in the haunted armor. First, several puzzle solutions require you to know the cause and effect of the choice. For example, you may know you need to place a candle in a candle holder and then light it, but you need to first look at the fireplace to know that’s what you need it for. The other is that some visual clues are for the other character’s play through. I had to look up a walk-through for a single puzzle because both issues were in play. That aside, the rest of the game is solvable and requires only patience and dodging the boogeyman himself.

After completing the title, the in-game timer says I played for about 3 hours, when I know for  a fact it was longer than that. Clock Tower’s pacing is a bit hit or miss, but everything else it tries to do it does really well. I don’t know If I’ll go back to do Helen’s quest, but for at least once through, it was an excellent, often times unnerving jaunt through a tale of survival and shears.

Clock Tower may not be as highly polished as other games in the genre, but it will give you a case of the willies every time you hear the sound of closing shears. 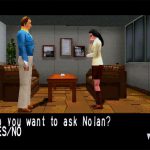 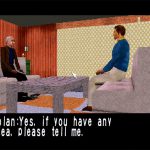 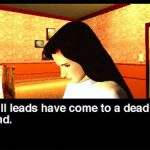 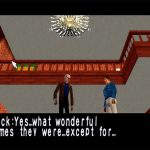 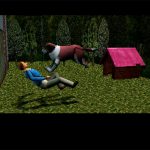 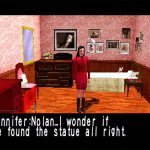 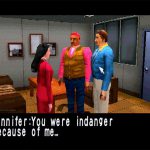 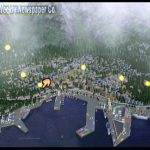 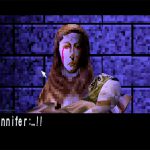 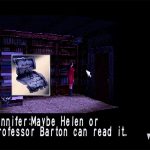 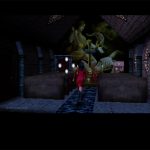 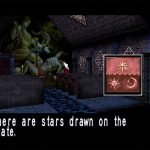 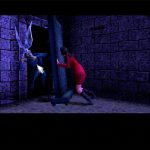 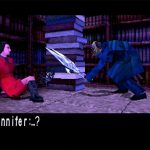 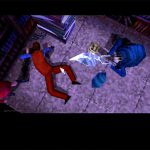 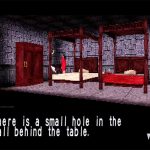 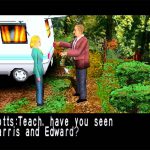 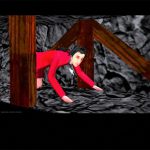 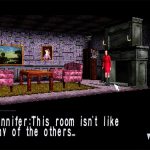 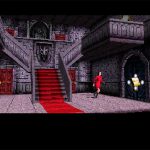 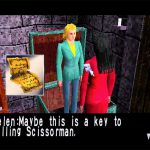 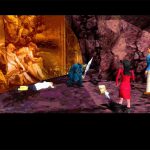 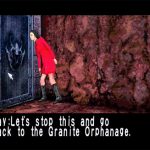 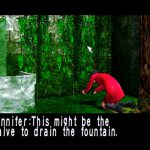