Probably one of the more interesting demo variant sets strictly from a production standpoint. The ‘plain’ version shown above was distributed at E3 1999 as well as sent to various retailers.

The first variant is the unmarked Best Buy version. There are no logos on the sleeve, but the included coupon is branded. GT Interactive also updates the game’s serials to SLUS-00842A / PSRM-14231 / 7 42725 18763 4. There’s just one problem; the SLUS and PSRM aren’t from the plain demo disc, they’re from the actual retail game! 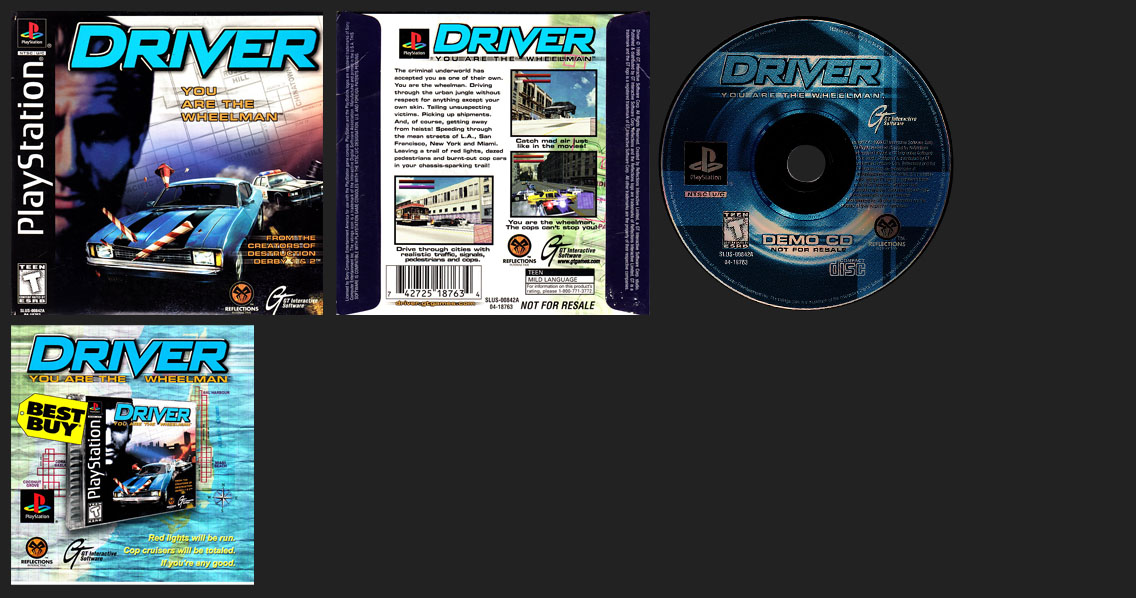 It includes this coupon: 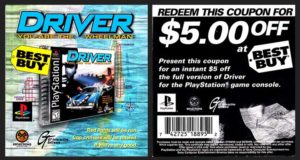 Best Buy Coupon Front and Back 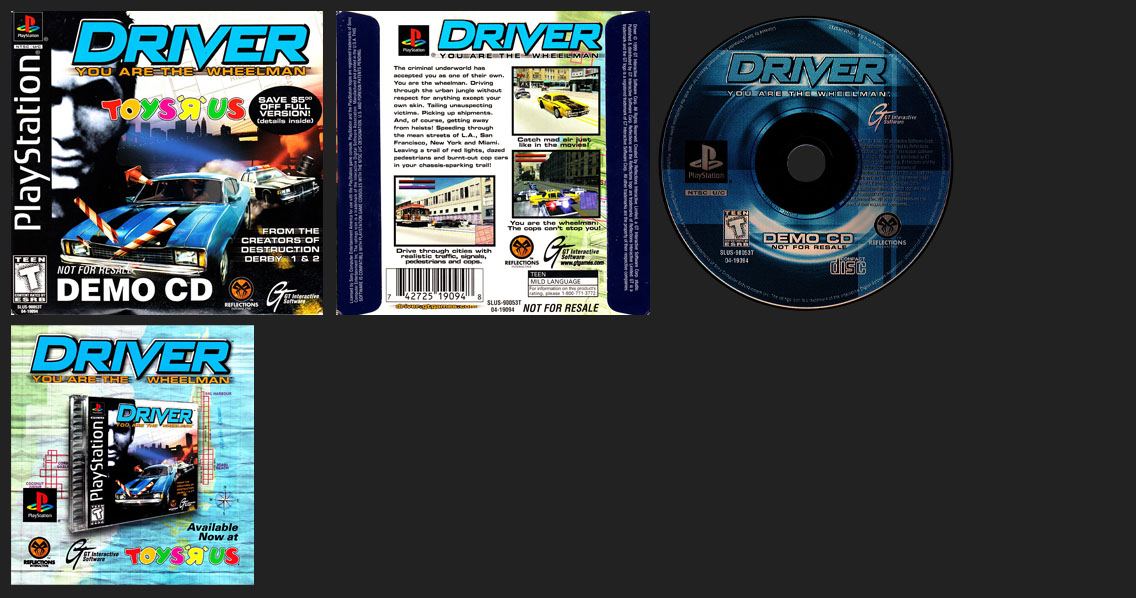 This also has a coupon. 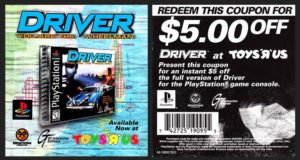 Toys R Us Coupon Front and Back

This contains a demo for Driver, except it’s just two in-engine video replays from the movie maker option. It looks amazing and gives the vibes of old 70’s and 80’s car chase scenes – but there’s no game to be played here.