Atlus had all the right ideas when it came to marketing their games. With Thousand Arms, besides a free playable demo they also had this Soundtrack & Multimedia CD. Advertised inside the game’s manual, it promised and delivered a ton of fun content for the fans. Let’s get into it! 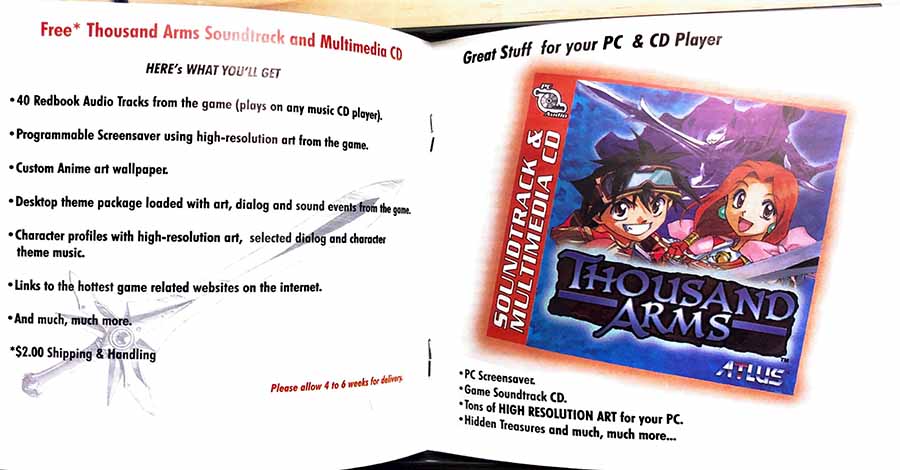 Sending Atlus a measly $2 with your shipping address would secure you the disc and sleeve. After about a month of waiting, you’d get a shiny blue and orange sleeve with a standard audio CD inside. Plopping it into your CD drive would give you access to the Autorun for the entire program, all the base files, and then the outtakes folder.

You can explore various things in and around the built-in program. Choose a tab to explore the disc.

Running the Autorun Application would get you to the Install or Run screen: 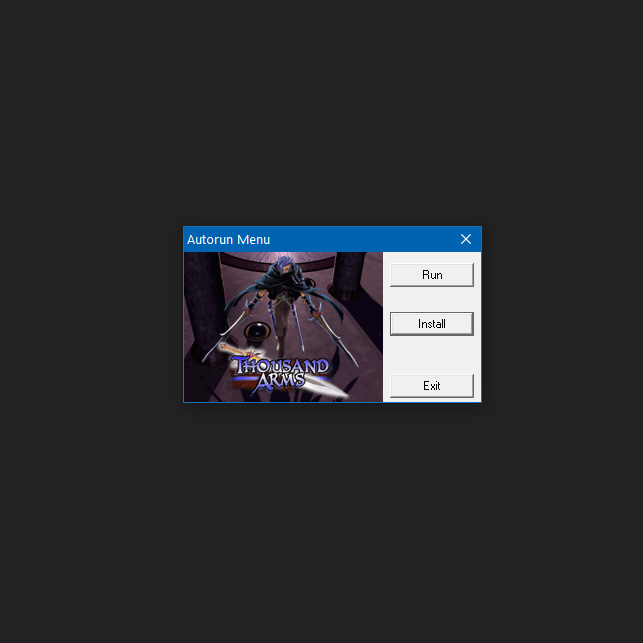 Hitting Run will get you to the Main Menu: 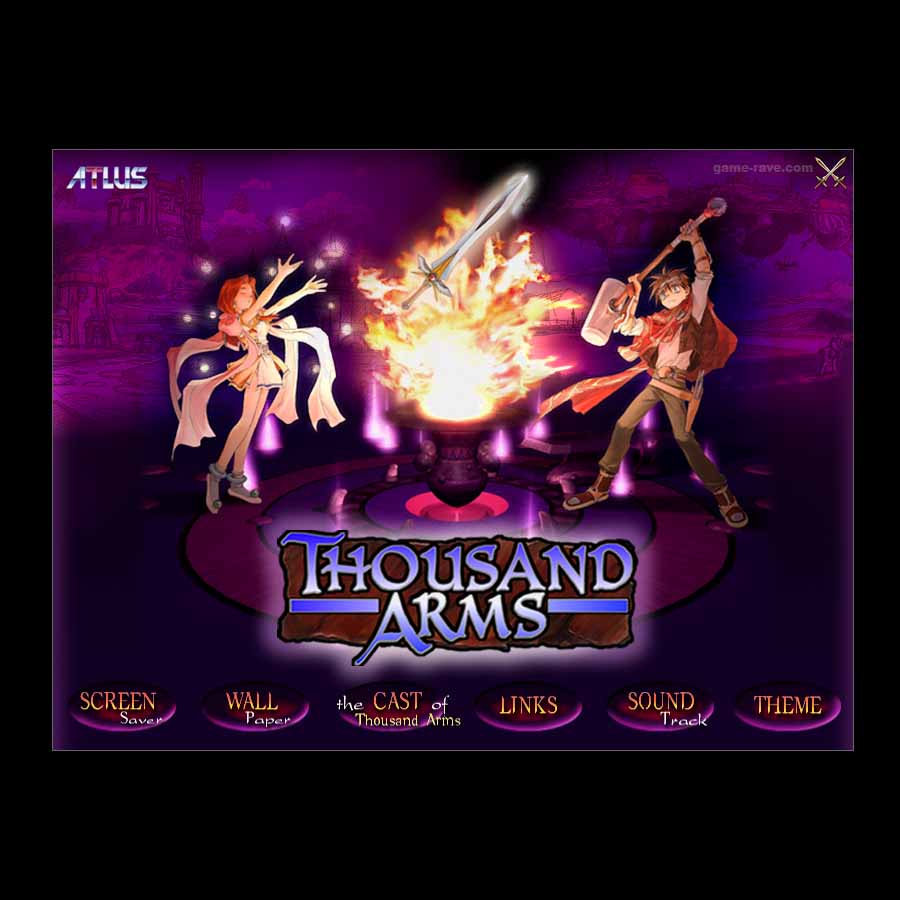 Give me all the things!

The first option is the Screen Saver. You were allowed to choose from 1 to all of the provided images, which would then be applied automatically to Window’s screensaver application. 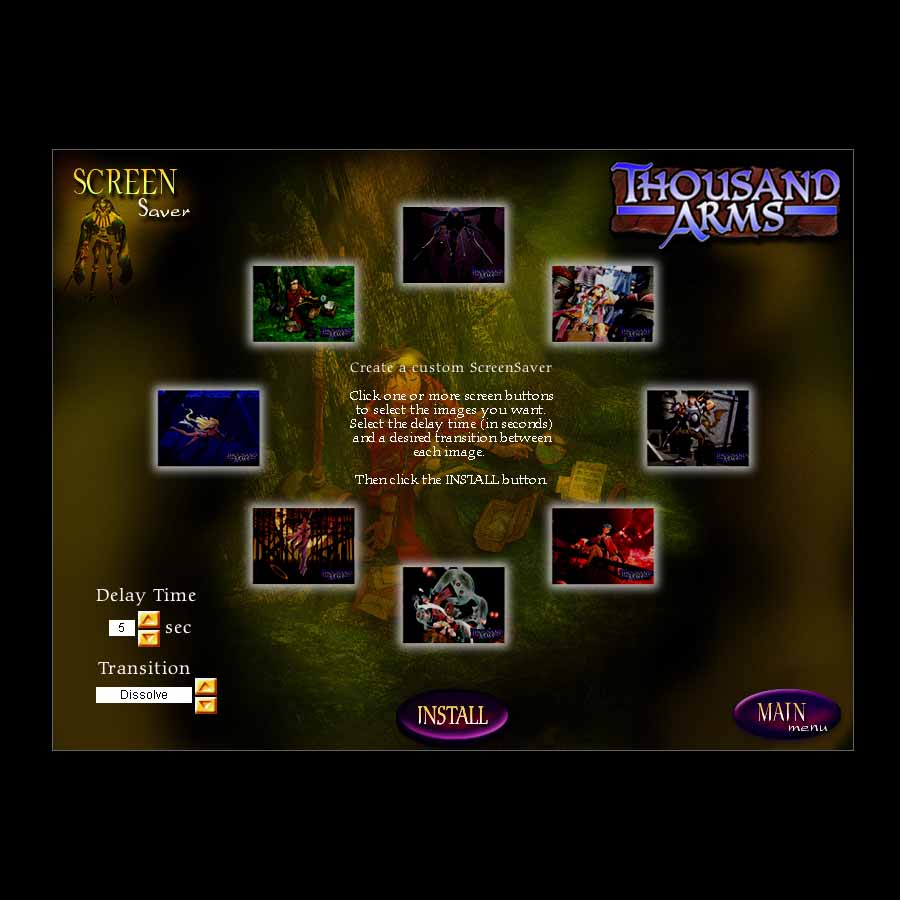 In the modern world, these “full screen” images are about half the screen size.

Next up are the Wallpapers. If you installed the Theme further down, it would apply its own image. Otherwise, you could swap in any of these images as your desktop background. 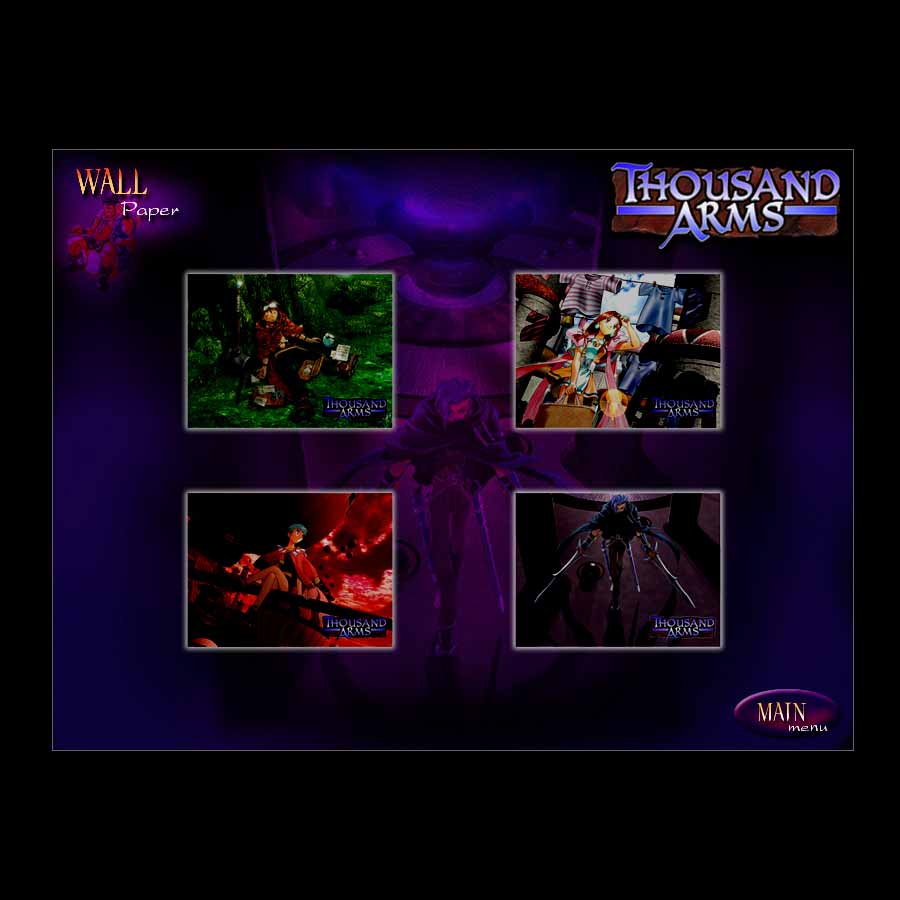 Following that is the Cast Tab, probably the most unique page in the program. Clicking on the Cast Page brings you to several character profile images. Clicking any of them will bring up artwork, a short bio, a sound clip and then their theme song. From here you can install their featured soundbite into Window’s sound settings. 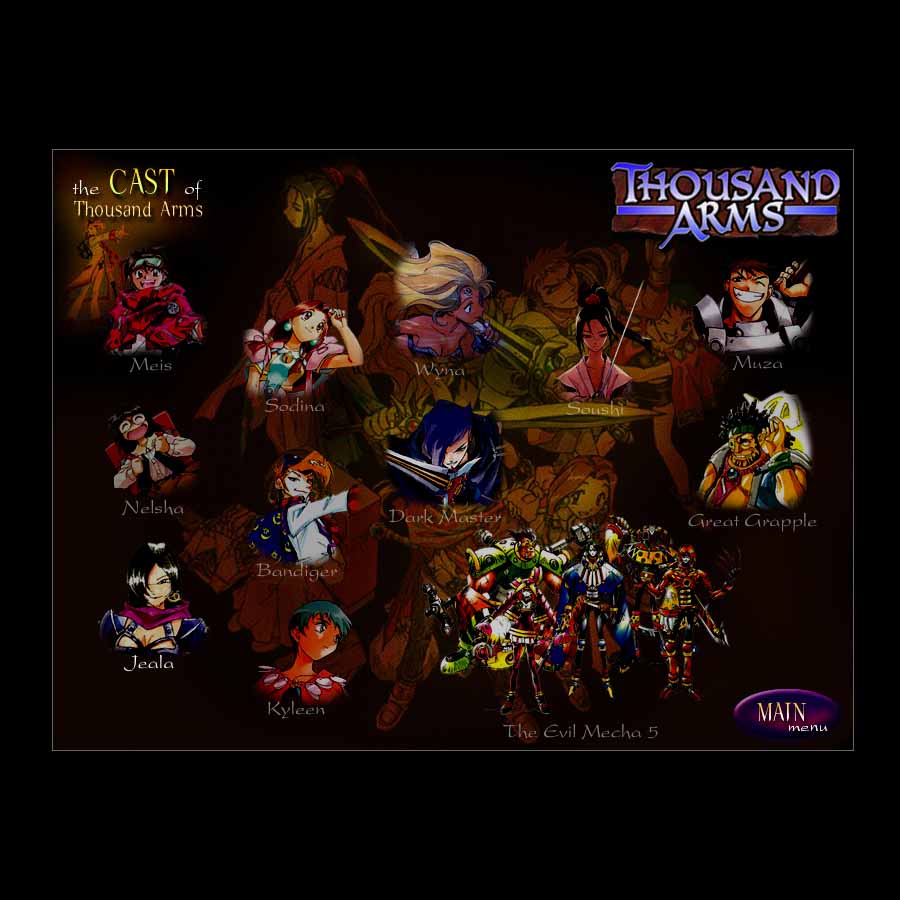 An example of a character’s page once clicked. 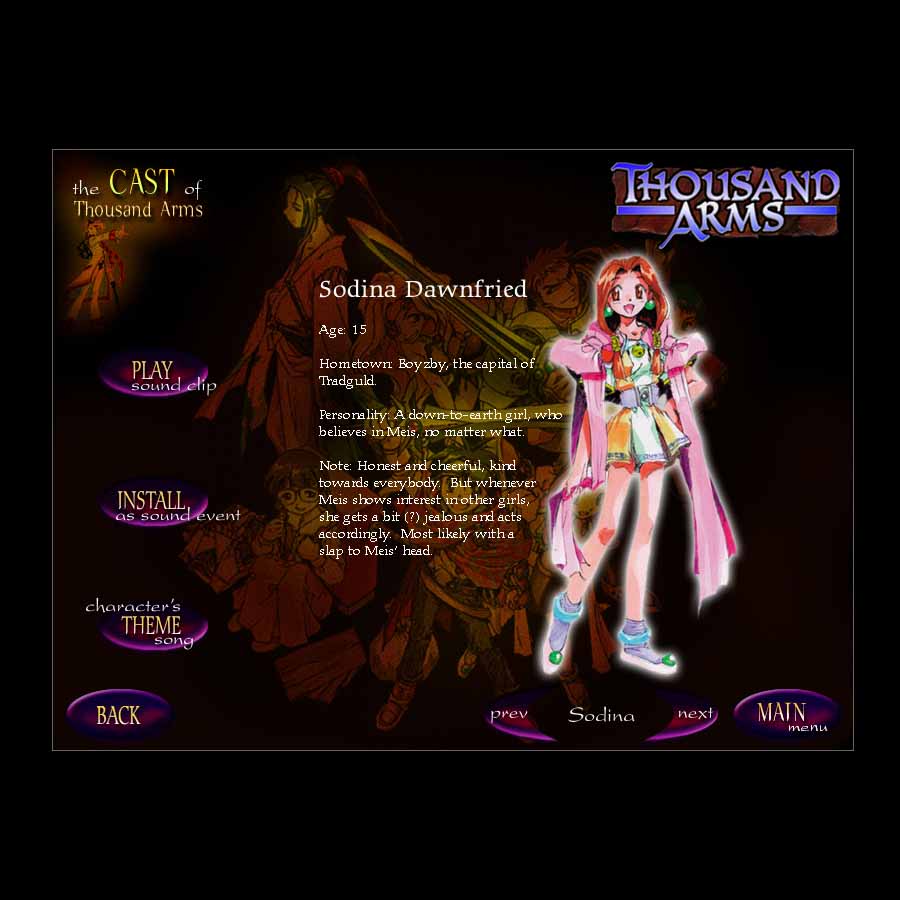 Sliding over from the characters is the Links tab. While it was super promising in its heyday, over 20 years later it has become a fun game of ‘Gone, Absorbed, Still Kicking’ as you realize how many sites are gone. The 90s / 00s were an amazing time – we didn’t need social media – we had URLS. 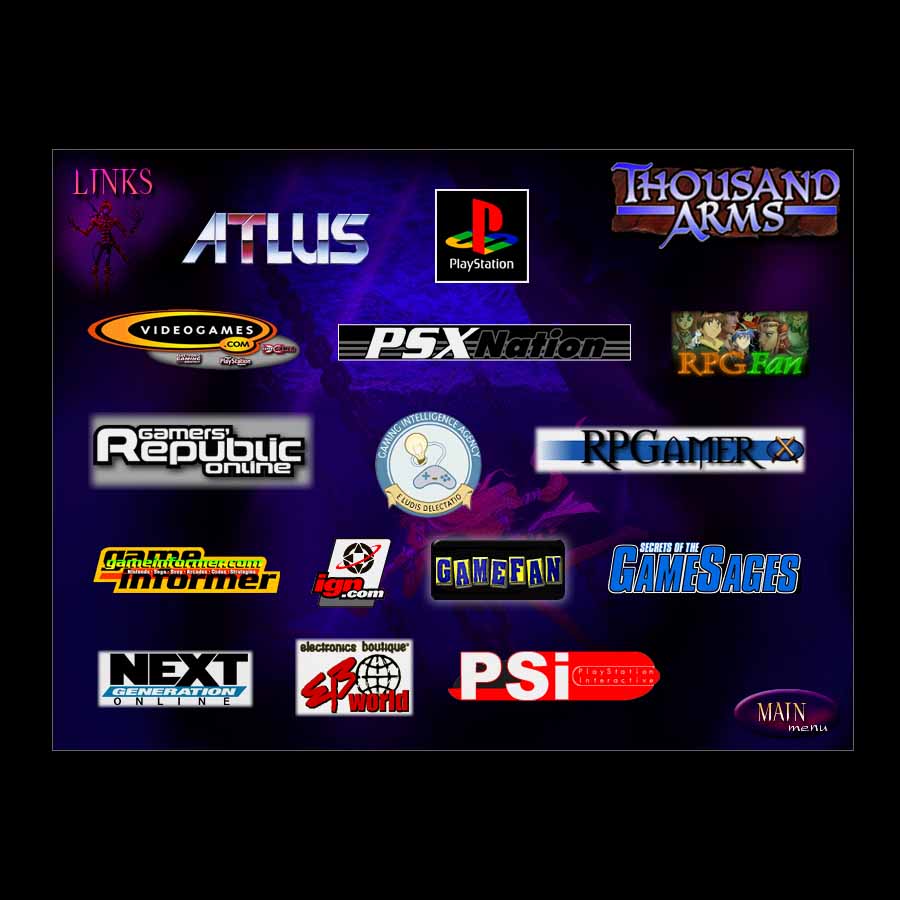 The penultimate tab finds us in the Soundtrack page, which is a sampling of the full song suite hiding on the disc. 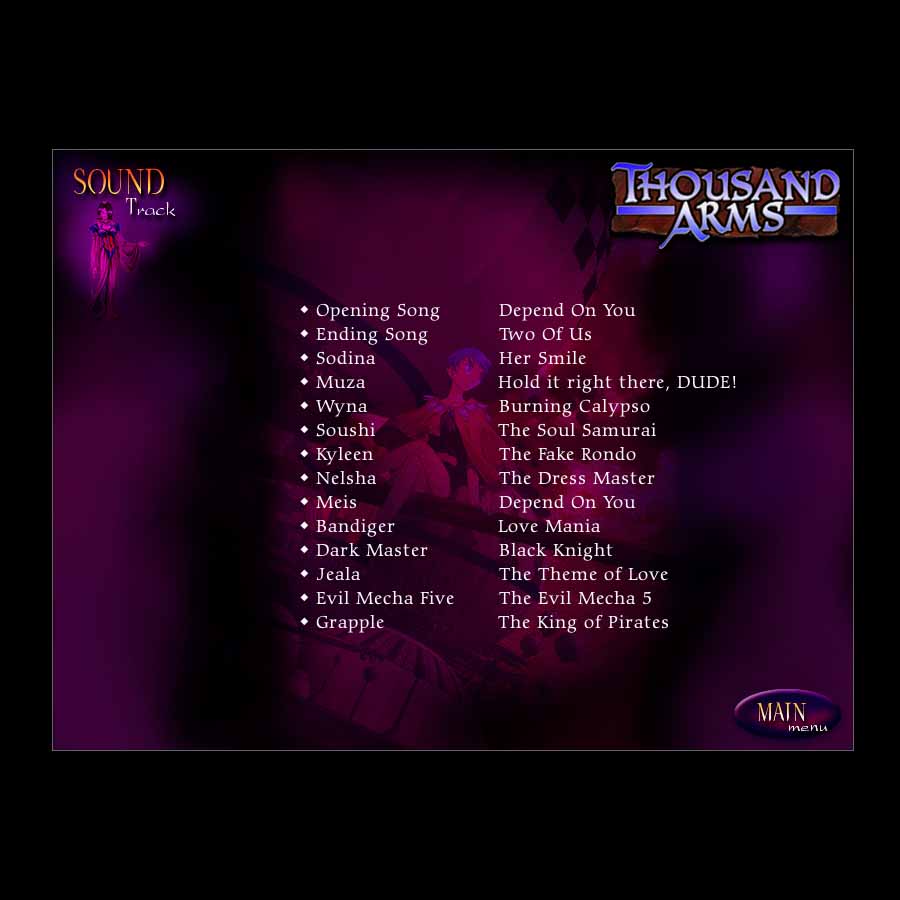 Finally, the end-all-be-all treat for the super fan. Clicking the button on the Theme page would have the disc completely overhaul your early Windows experience. The wallpaper and three specific icons would change, and then a surprising amount of sound samples like the pop-window ding and others would be replaced with Thousand Arm sound samples. 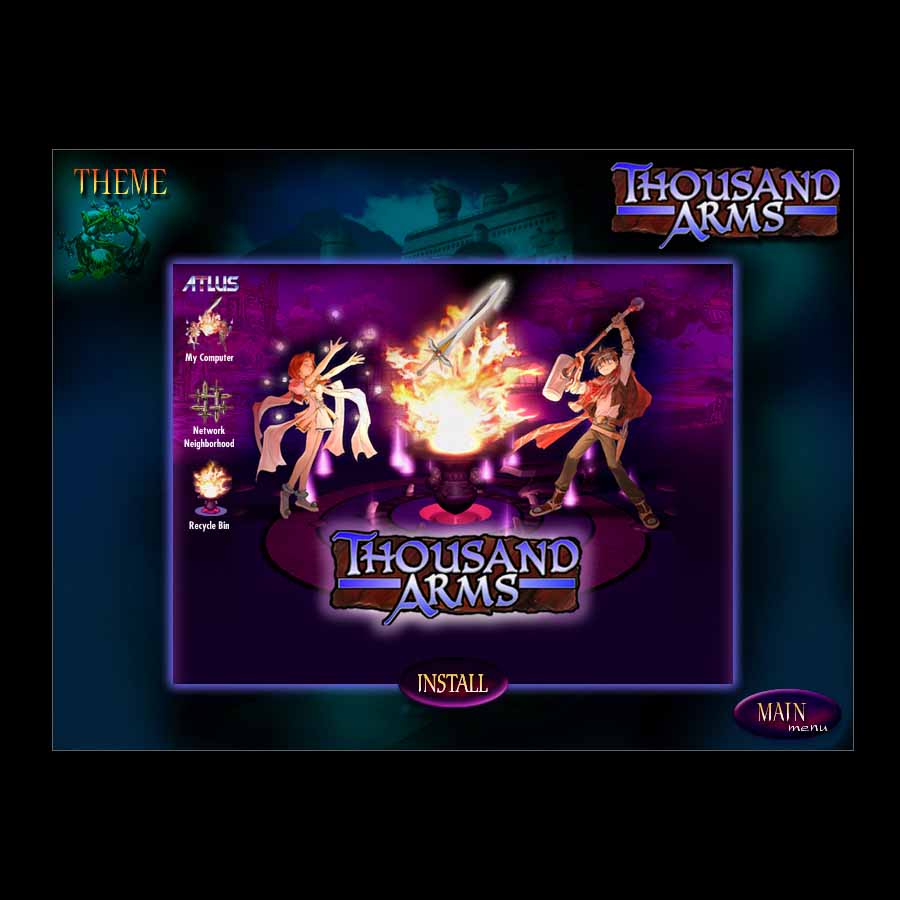 If you opened it in a music player, you would get access to the full 40 song playlist. Here’s what you would be listening to:

If you throw the disc into your PC and open it via Windows Explorer, you’ll find a folder marked ‘Outtakes’. These are 100 outtakes and gag reel moments from the audio creation process for the Windows Theme. My favorite being what would have been the ‘Windows Start Up Sound’ of a female character snarking, “Are we going to do anything fun today, or are you just going to sit there with your thumb up your butt?”

Besides this mail-away demo, there was also a standard Demo CD for the PlayStation. It allowed you to sample parts of the game without having to play the other parts. It was pretty unique.