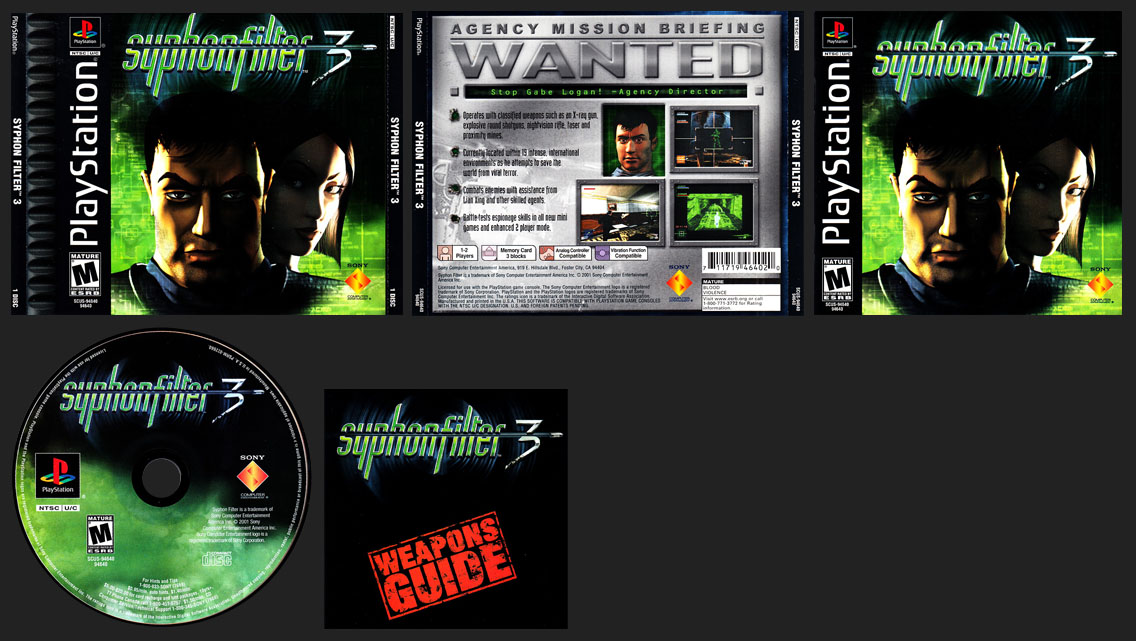 IMPORTANT: The September 9/11 version was strictly released as a double jewel case version with both inserts, manual, disc, and weapons guide. Over the years I’ve seen dubious folks try and pass off incomplete copies as the ‘Single Case Variant’ release – where it’s just the manual and back insert with the disc. These are NOT complete copies. It appears handfuls of the original materials meant to be destroyed made it out of Sony’s grasp. One seller even blocked me for pointing out the obvious – buyer beware.

Most copies – both sealed and open complete were already in warehouses ready to be sent to retailers when they were recalled. My personal copy came from a used game store where a Sony warehouse worker had traded in his copy bought through his employee program during the original time frame of the recall.

Syphon Filter 3, along with Spider-Man 2 Enter: Electro were pulled from their original release dates in order to re-evaluate and change assets that could connect it to September 11th, 2001. Syphon Filter 3’s packaging went through a major revision on all fronts. 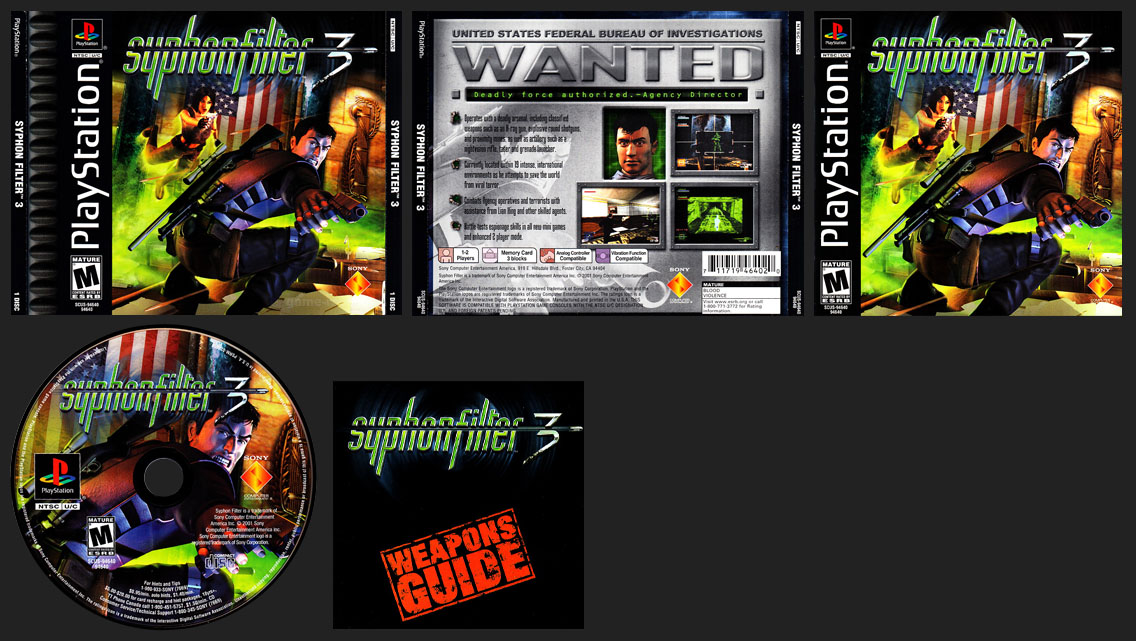 The revamped version seen at the top of the page was also re-released as a Greatest Hits. 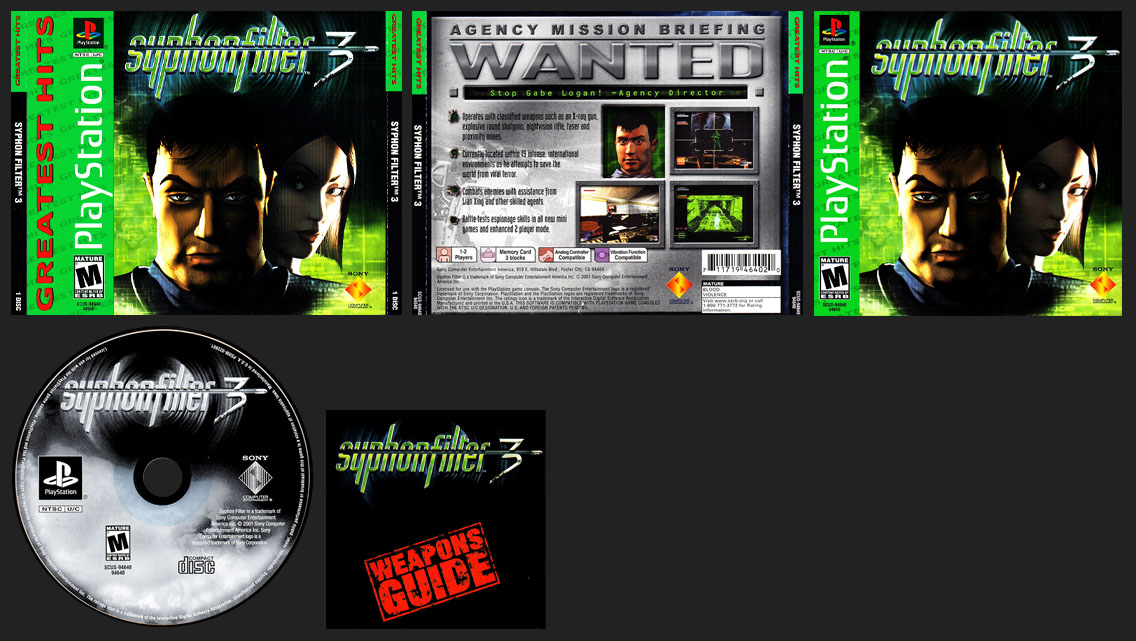