The original Wipeout’s packaging was sadly not a hit with the American public. Due to various reasons, Sony and Psygnosis felt it necessary to redo it with a more generic, less stylized feel. A slip-cover was created to cover existing copies already at retail. 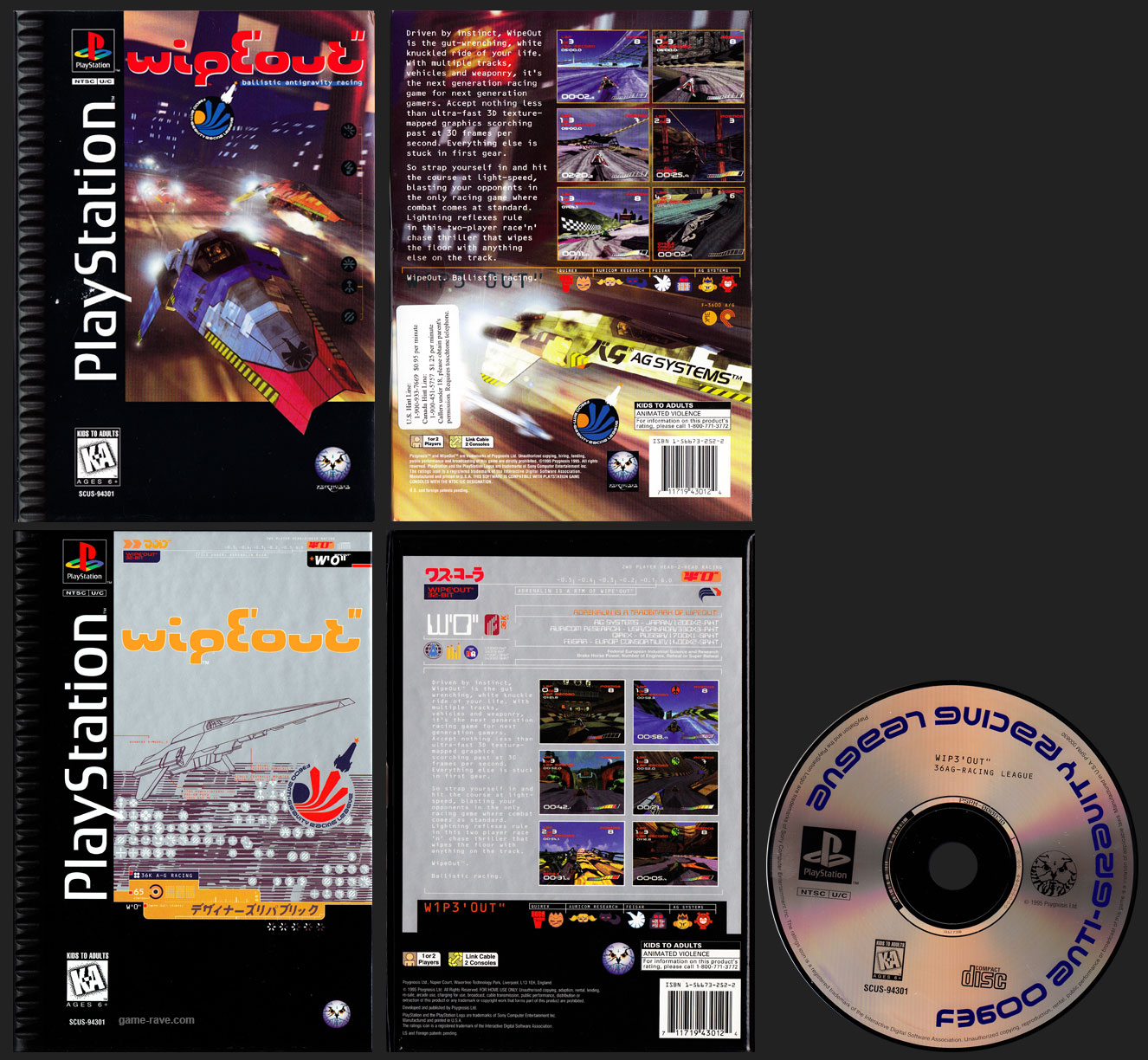 With that out of the way and sales continuing, the actual packaging was updated to reflect the new look. Note they didn’t bother changing the manual.

Wipeout was successful enough to warrant further printings, this time joining the ranks of the jewel case variants.

Thanks to Virtua in our Discord server, a variant has been added! Sony actually published the first edition of the Greatest Hits disc. Their sku starting 11719 is on the back of the case.

Finally, it appears Sony released publishing options back to Psygnosis. Despite the SCUS still being there, it’s Psygnosis’ barcode on the back. Sony would do the same thing with Namco’s Ridge Racer. It should be noted the Green Greatest Hits banner isn’t as different as it appears in between these two scans. You’re just seeing two different scanners a decade apart.

Wipeout’s slipcover made it into GameRaveTV’s Subset Collection concerning how companies had to sell to two audiences.

And for launch day fans, early marketing for the system and launch era games.

Here are some nifty unlocks for the original Wipeout.