Spyro: Year of the Dragon

This comes way of opening sealed copies and comparing the data revisions and ring codes. It’s possible some Day 1 copies did indeed have the insert, but for now the actual disc data speaks the loudest. 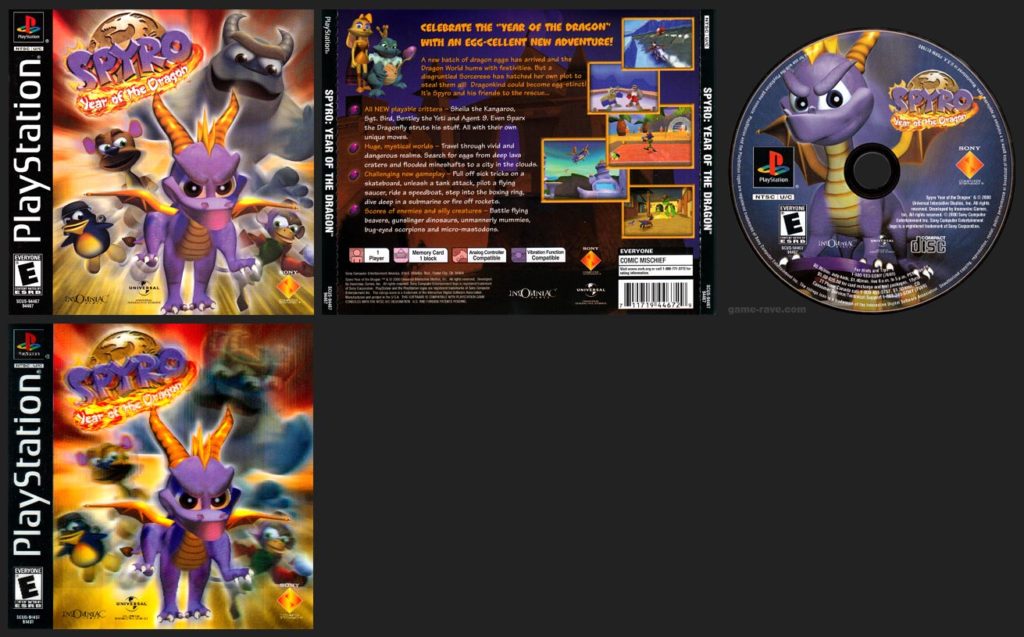 Sony sold enough copies for Spyro to make it into the Greatest Hits Program. No change to PSRM or SLUS.

It was also obviously included in the Spyro Collector’s Edition set, which included the entire Trilogy in one set.