You know, September and October are pretty good months for those who love double jewel cases. Today’s DJC is actually a fun surprise for us old folks who had impressionable years with the Super Nintendo. Final Fantasy Anthology brings the previously unreleased–in-the-US Final Fantasy V with the unbelievable Final Fantasy VI (Super NES FF3). The loading times can be down-putting, but if you’ve never played FFVI, by god, go play it. You even get a music CD of selected tracks. 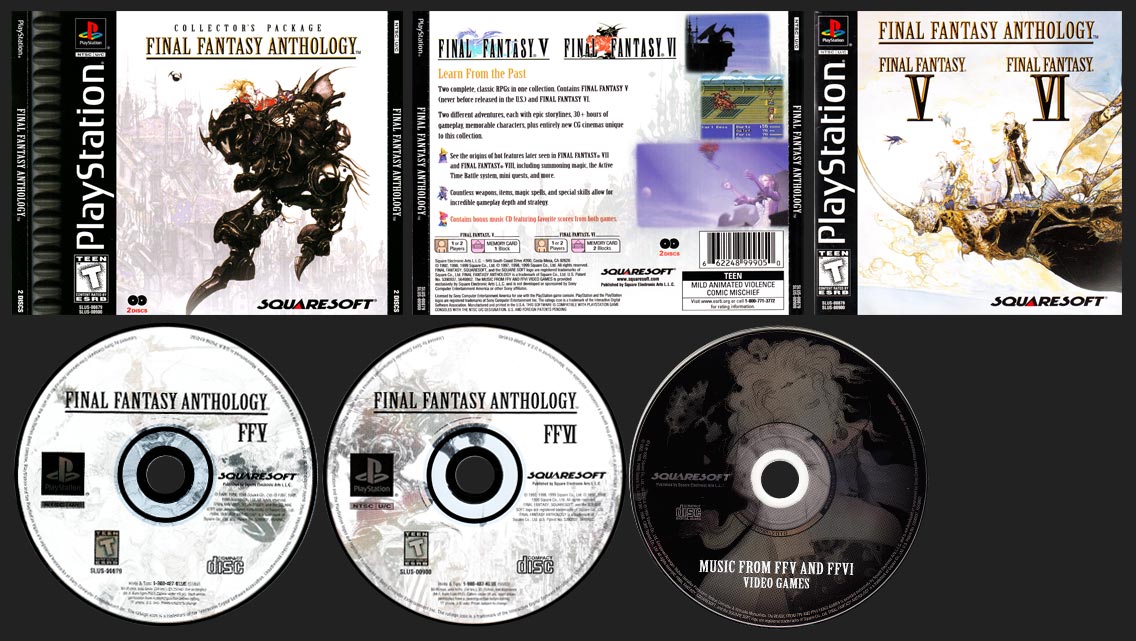 If role playing games aren’t your thing but you still like the time frame, Xena: Warrior Princess comes home as well. Based on the TV show featuring the amazing duo of Lucy Lawless and  Renée O’Connor, take on monsters and giants as you roam the country side fighting for the greater good.