Happy 1999 (2019) everyone! The Living History project begins again, this time with the 4th year of the PlayStation’s robust lifestyle. After what can only be called an insanely chaotic Christmas rush of games, 1999 is going to take things extremely slow. Right now unless things change, there are only 18 or so games scheduled for release through early April.

We were getting 18 games a week just a month ago.

Expect a lot of single-game release days from here on out for a while, with a slim few exceptions. Today’s solo release is the PlayStation conversion of Civilization 2, a fantastic PC strategy game where you must raise humanity. Take on famous leaders and change the course of history on the fly. 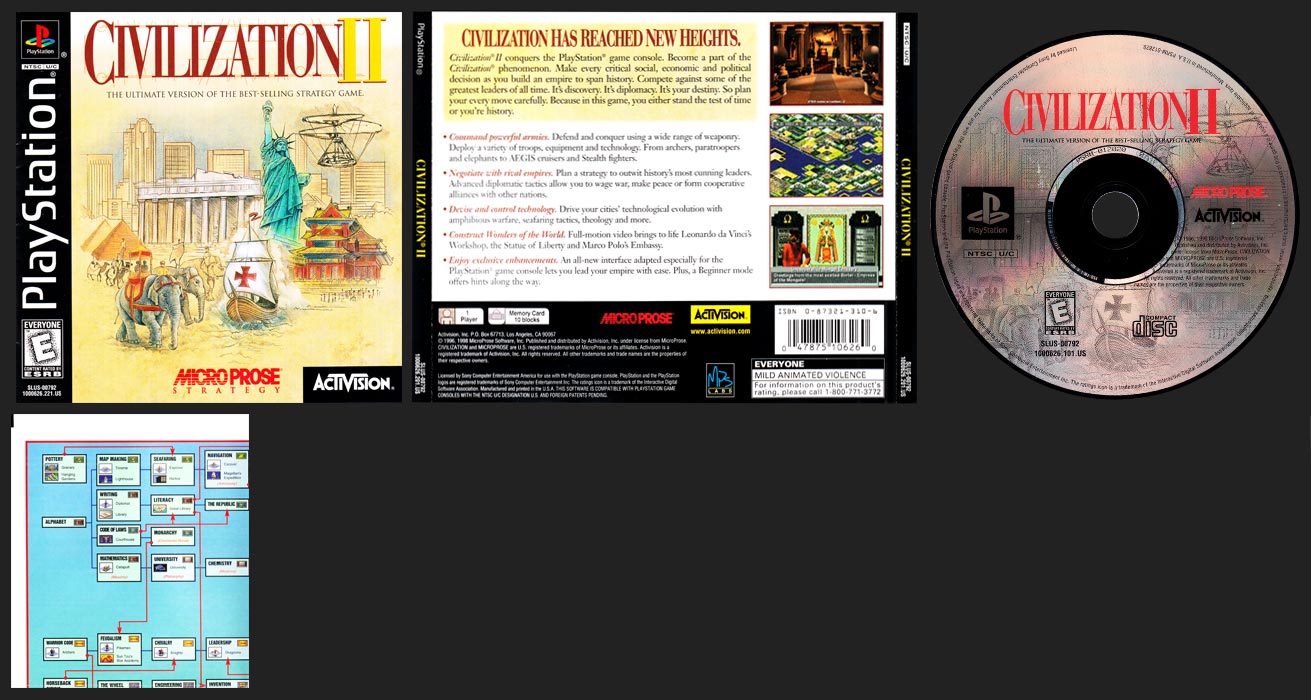 Sit tight, I’ll see you in a week!