Welcome to September 13th! After a few days of lone releases, today’s Funcoland bag has a four games of PlayStation goodness to dive into. For fans of Micro Machines, Codemasters’ newest game is FoxKids.com Micro Maniacs Racing. It’s the same premise and scale, but now it’s based around little crazy people. Oddly enough, FoxKids.com sponsored the game – there’s no cartoon show tied to it.

Second out of the bag is Ms. Pac-Man Maze Madness, Namco’s follow-up to Pac-Man World. They remove the jump feature to focus on the original arcade style game play. At the time of release, Ms. Pac-Man has been named the official celebrity spokesperson for National Alliance of Breast Cancer Organizations.

Third in the party of four is Midway’s NFL Blitz 2001. The next follow-up to the 7-on-7 arcade style football game is alone on the field this year, as Sony brings the NFL Xtreme series to the sidelines.

Lastly, the featured game of the day is Parasite Eve II, the highly anticipated sequel to Squaresoft’s original. Aya Brea once again goes up against the infestation that once against threatens the city. 2 discs worth of CG movies and chaos await! 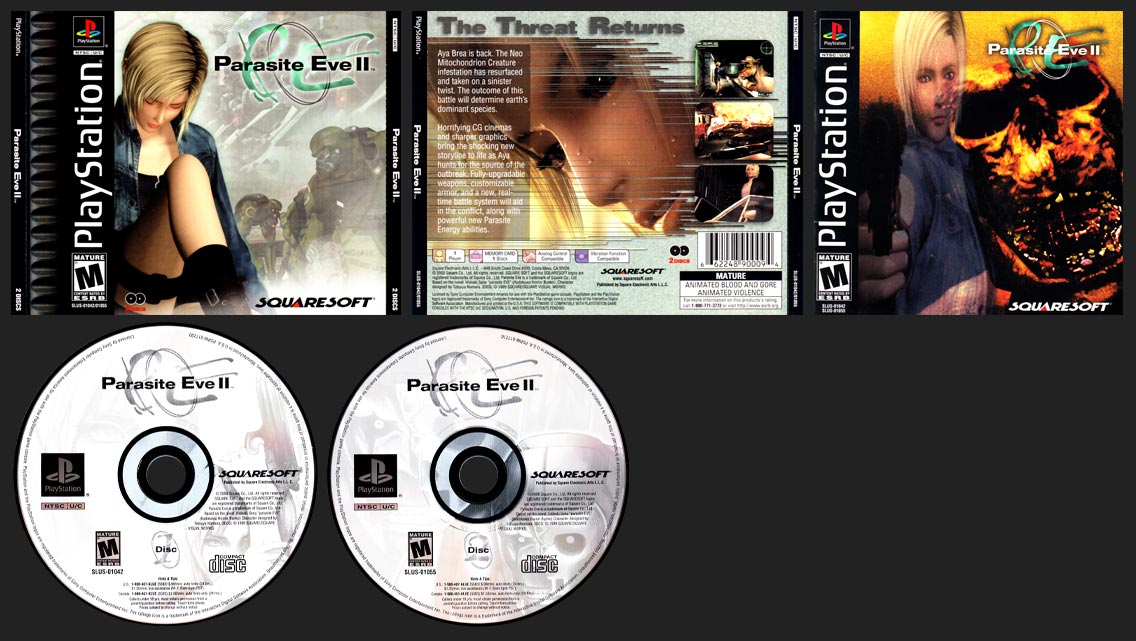